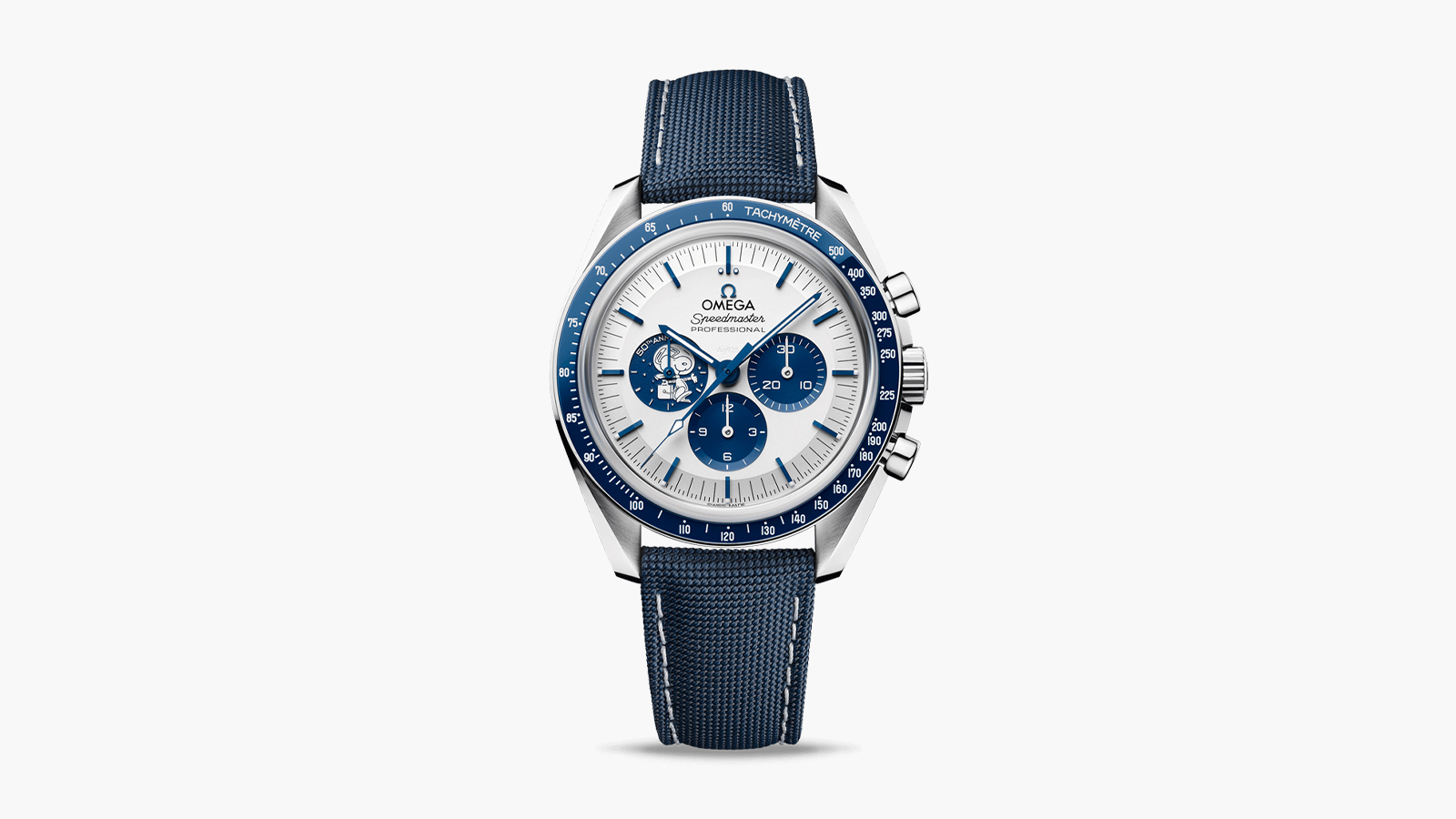 Omega has announced the release of the Speedmaster Moonwatch Anniversary Series “Silver Snoopy Award”, which commemorates the watchmaker’s vital support during the rescue of the 1970 Apollo 13 Mission. The Moonwatch pays tribute to the 50th anniversary of the “Silver Snoopy Award” which OMEGA received from NASA astronauts that same year. The Speedmaster Moonwatch features a stainless steel 42mm case, a bezel with a blue ceramic insert, and a white enamel tachymeter scale, giving the watch its snappy blue-and-silver aesthetic. Snoopy is seen on the 9 o’clock sub-dial, as well as the beautifully designed caseback.

An animated Snoopy in his Command and Service Module is shown on a magical hand, which rotates when the chronograph function is activated, taking Snoopy on a trip around the mysterious far side of the moon. To add to the story, the flight path of the Apollo 13 Mission is embossed on the lining of the strap made from coated nylon, ensuring comfortable wear. The Omega Speedmaster Moonwatch will be available for purchase at the end of October.