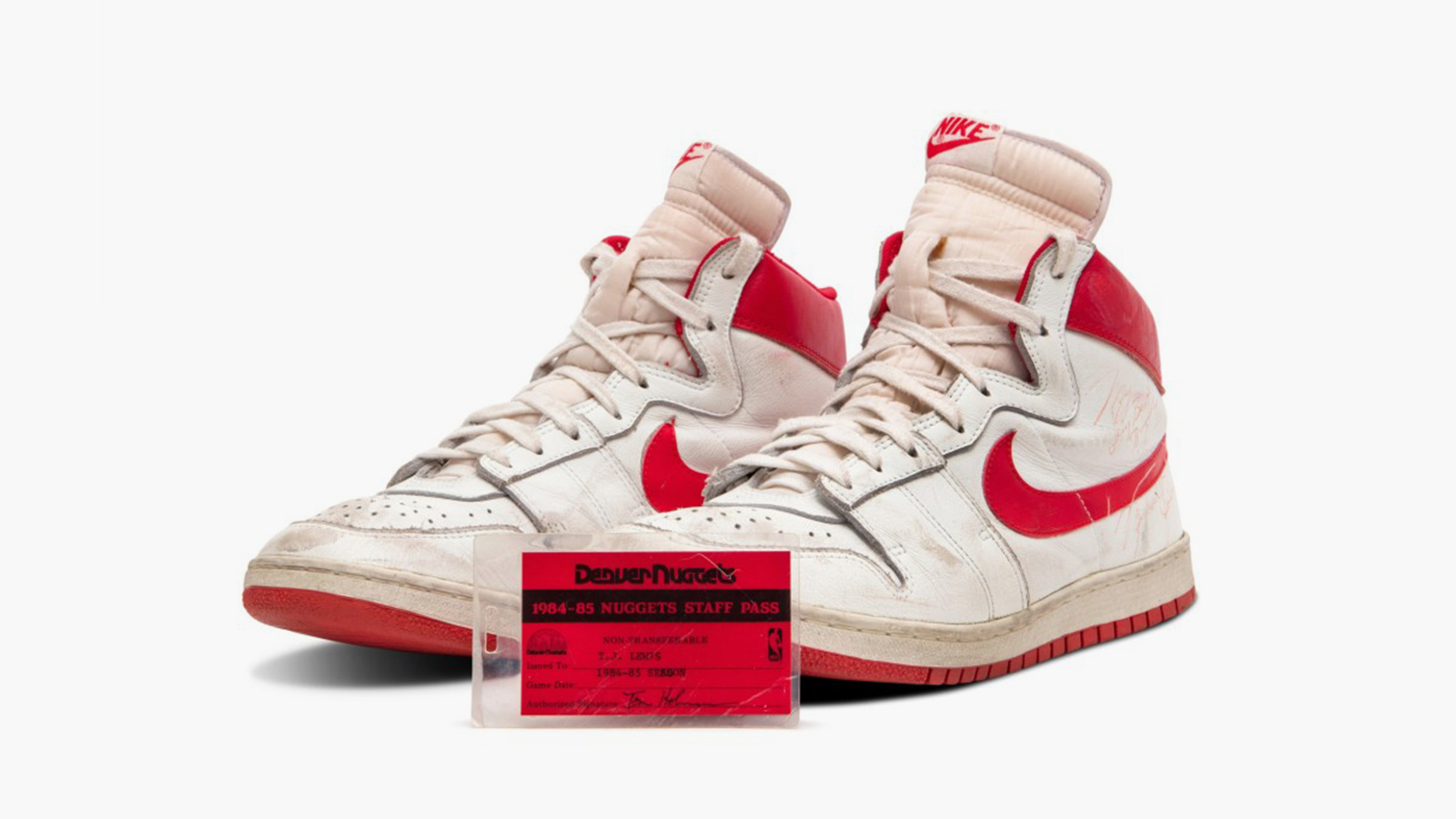 As the earliest known pair of game-worn and signed Nikes, these Michael Jordan earliest known regular season Nikes are a true collector’s item, for both sneaker and Michael Jordan memorabilia enthusiasts alike. Sotheby’s is currently accepting bids now for these iconic shoes and the live auction will begin on October 23rd. The current bid is at $1.1 million. These Nikes were gifted to Michael Jordan by Mr. Tommie Tim III Lewis or “TJ” and were attributed to Michael’s 5th NBA game, which took place on November 1, 1984, which means these shoes predate even the Air Jordan I.

These Nikes featuring the black and red colorway eventually known as “Bred” with high-top ankle support. The shoes represent the very earliest vestiges of the Nike x Michael Jordan signature line of shoes that led to the phrase, “Air Jordan.” The now common phrasing implied that Michael Jordan played basketball in the air (not on the hardwood like mere mortals) and was originally derived by David Falk, Michael Jordan’s agent, but is now part of the modern-day lexicon. The Nike Air Ship, which was the first basketball shoe worn by Michael Jordan as an NBA professional, is a lower to the ground sneaker, which Jordan found preferable. He wanted to feel the court beneath his feet. In the process of creating the Air Jordan 1, Nike provided several different shoes to Jordan. Some had “Air Jordan” or “Nike Air” printed on the heels. This pair instead features just the singular word “Air” on the heel, which makes it an even more unusual offering.