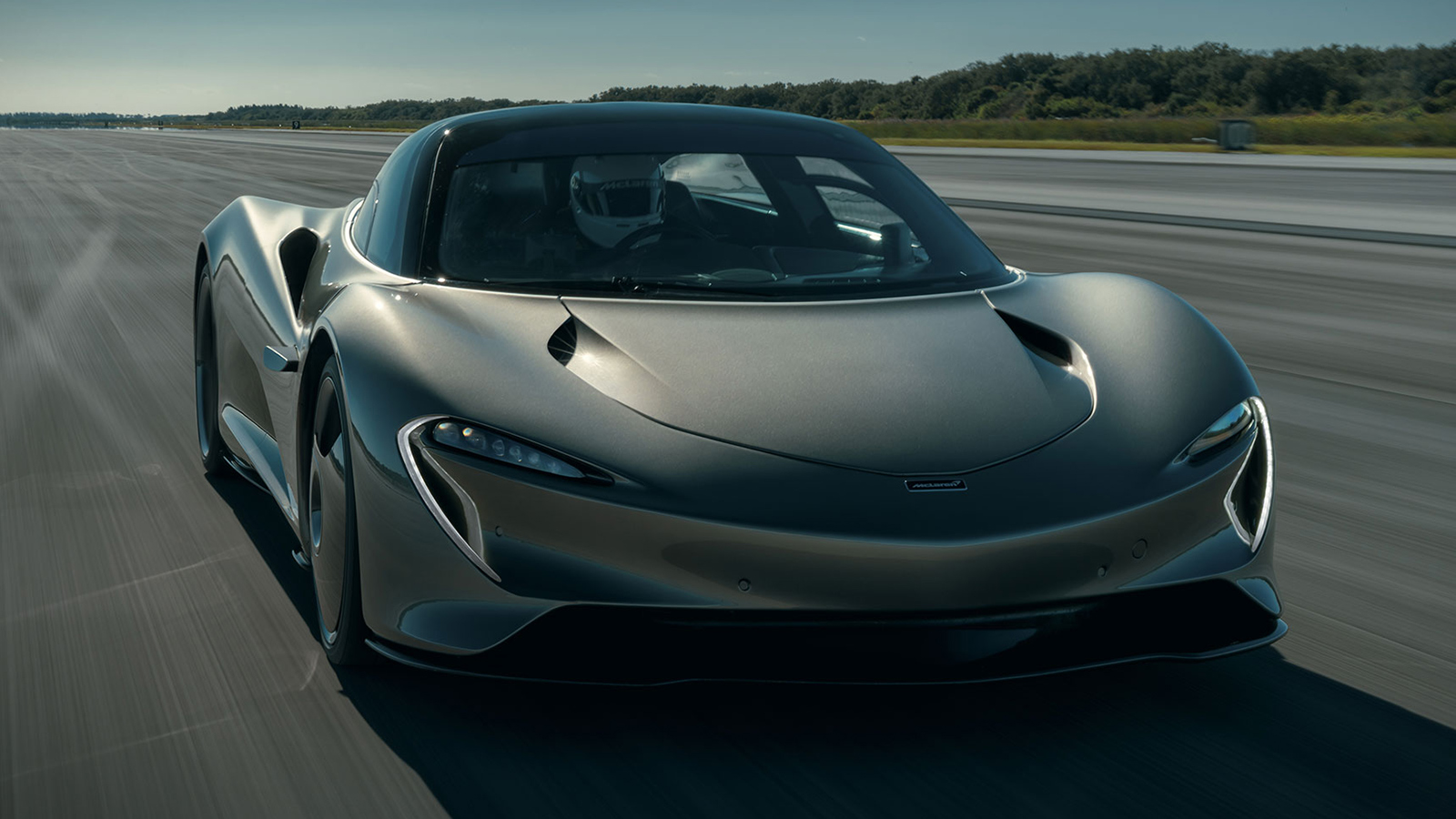 It’s hard to improve on the best, and in the automotive world, McLaren is certainly in that strata. Yet the new McLaren Speedtail is unlike anything the legendary car manufacturer has produced before.

This automobile fuses science and art to create a beautiful and functional machine. The Speedtail is McLaren’s first-ever Hyper-GT and its most aerodynamically efficient model. That engineering gives the Speedtail an uninterrupted air-flow from nose to tail. Its back end makes it one of the most distinctive cars in the world, aiding in its incredible velocity.

The car has been intricately designed with a long list of features and cutting edge technology that minimizes all unnecessary shut lines. The car is so sleek its looks like it’s been crafted from a single piece of material.  If that wasn’t enough, it’s also McLaren’s fastest car to date with a boundary-breaking 1070PS hybrid powertrain in charge. Performance-wise, the mind-boggling 1,035 hp Speedtail tops out at 250 mph.

While other cars measure their acceleration from 0 to 60, the Speedtail goes above and beyond by going from 0 to 186 in just under 13 seconds. The end result of McLaren’s most ambitious endeavor achieves unrivaled levels of innovation and sophistication, superior to the performance of most F1 track cars.