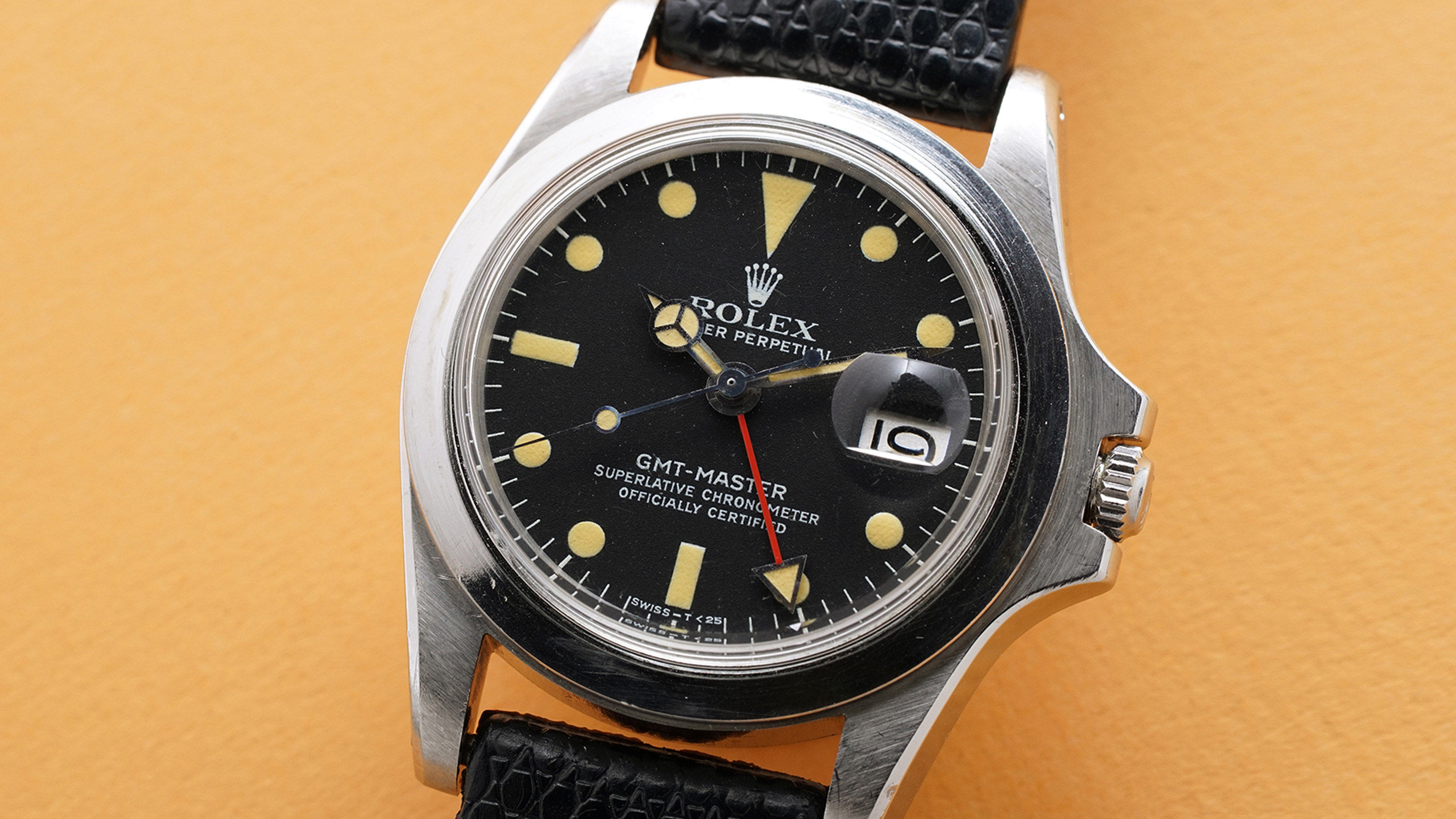 Whether you’re a wristwatch connoisseur or a movie memorabilia collector, you’ll undoubtedly find this unique Rolex noteworthy. When Marlon Brando showed up in the Philippines to play renegade Green Beret Colonel Walter E. Kurtz in the Vietnam War drama Apocalypse Now, he had this very GMT-Master strapped to his wrist – a reference 1675 model manufactured in 1968. Marlon Brando’s Rolex GMT-Master specifically differs from other models because for some reason, he had decided to remove its bezel.

After being told that he would have to take the watch off for filming, Brando protested, “If they’re looking at my watch, then I’m not doing my job as an actor.” He ultimately wore the watch while giving another legendary performance in his canon of lead roles as Colonel Kurtz. Moviegoers can clearly see the timepiece in multiple key scenes, easily identifiable with its missing bezel and distinctive black strap. The Bacs & Russo auction house has procured the iconic piece of film history as it prepares to auction it off on December 10 along with a range of other watches sought after by collectors. The watch was hand-engraved by the legendary leading man, meaning whoever gets the winning big makes out with this rare Rolex as well as the iconic actor’s autograph.