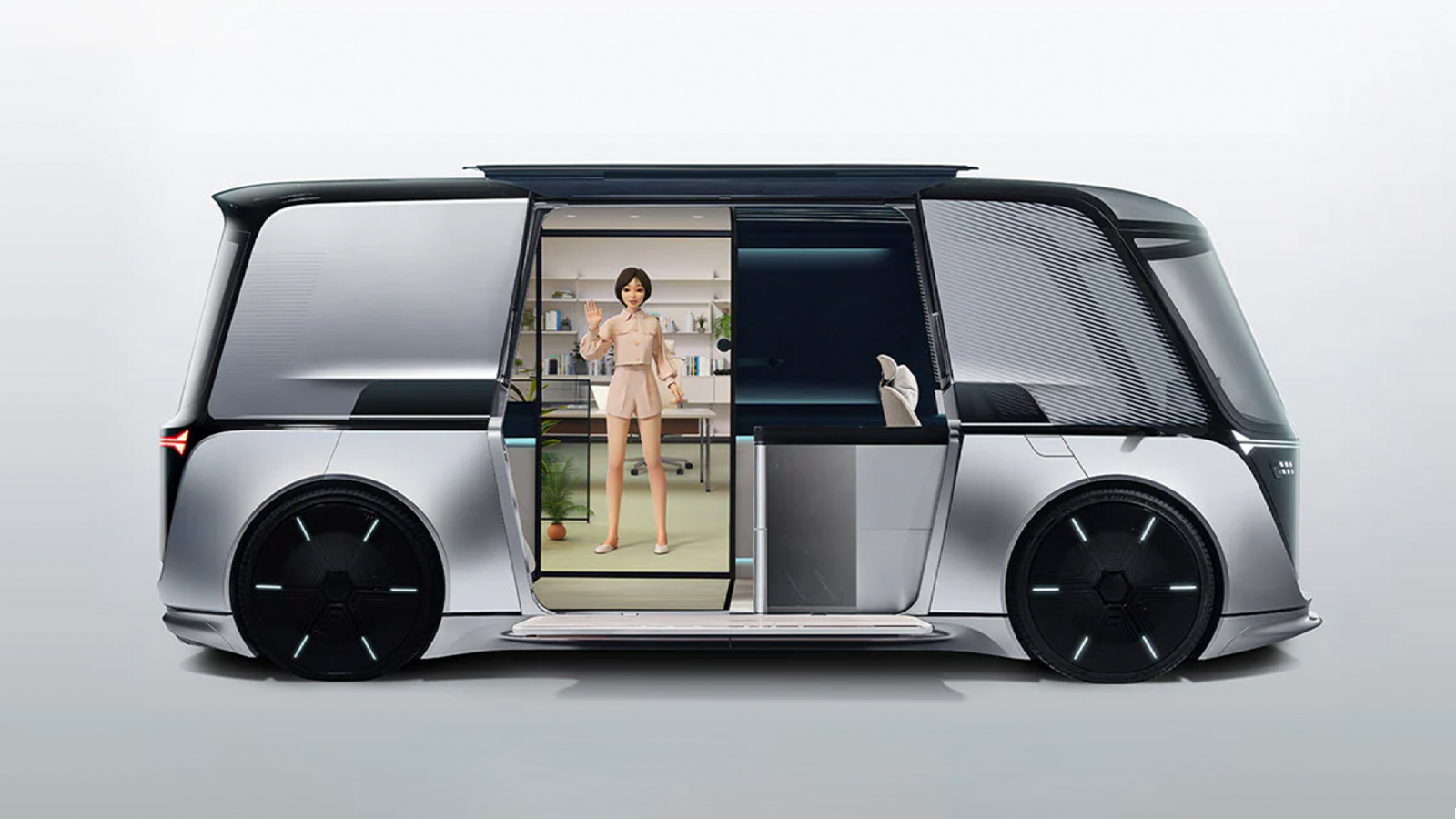 Automakers are not the only ones debuting concept cars at the 2022 CES Technology Show. Companies like Sony and LG appear to be getting into the EV craze and unveiling their own concept vehicles. LG Electronics has unveiled a transportation pod called the Omnipod. This concept is not so much an electric vehicle as it is a room on wheels. Details are slim on the LG Omnipod with few press photos available, but we are able to glean a general idea. The Omnipod is described as a gap-filler between house and car. It looks boxy like a van, but inside it’s a living space filled with LG at-home appliances.

It seems that the LG Omnipod is for a distant future where cars have become obsolete in favor of autonomous pods that take people from place to place with all the comforts of home. Press photos show the van-like vehicle with its sliding passenger door open, showcasing a luxurious interior space. We can see a driver’s seat in the pictures, but the main focus is the curved lounge sofa in the back. A refrigerator, drink dispenser, and TV panel are all on display.

The LG Omnipod is equipped with a virtual assistant named “Reah” to help with your needs while on the go. In addition, the Omnipod features a floor-to-ceiling screen in which passengers can access the metaverse and escape reality while commuting. Beyond that, no specs on this vehicle have been released as of yet.

For more news from LG, check out the PuriCare Aero Tower.