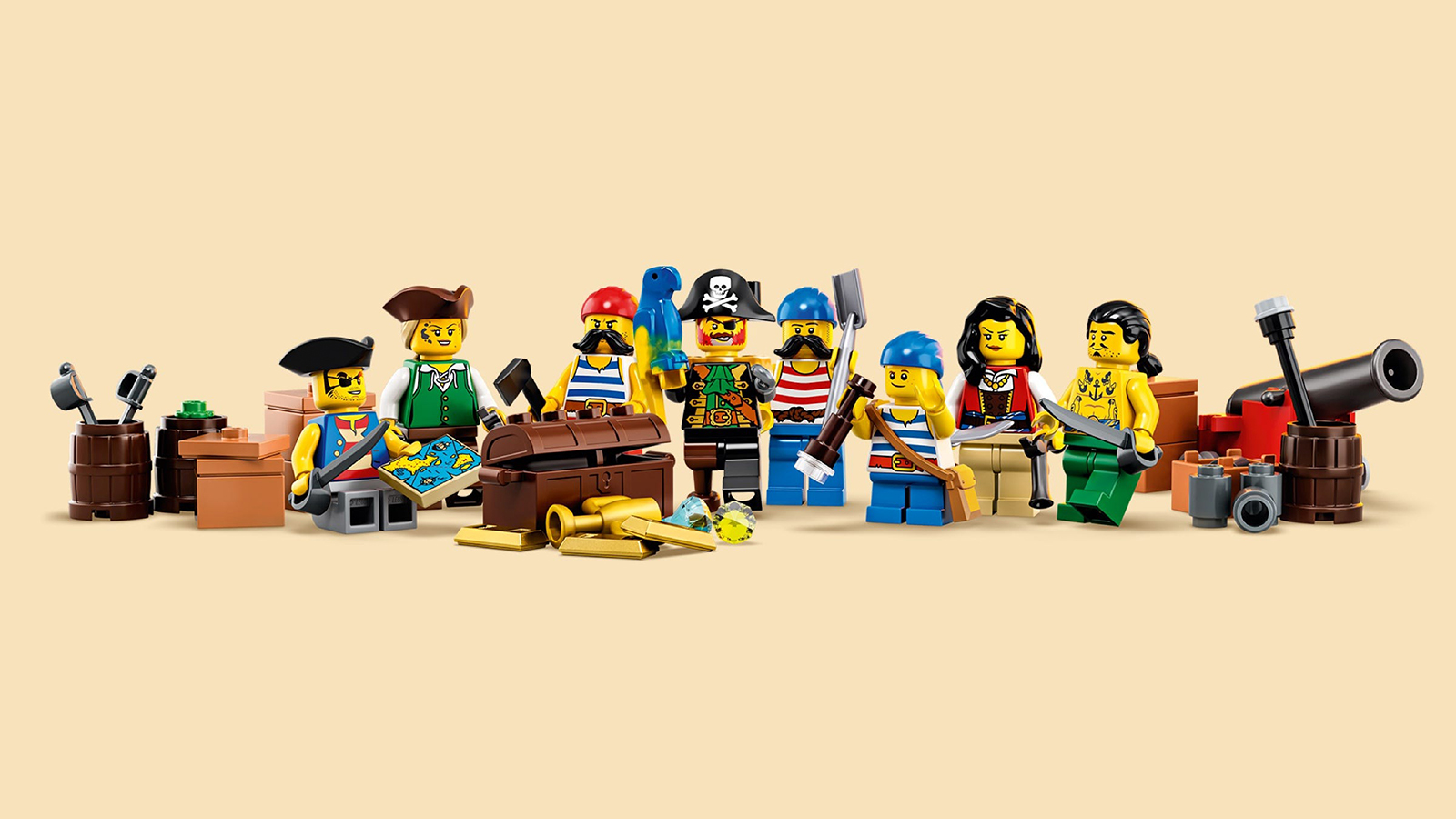 Set sail on a voyage toward nostalgia as you relive a classic childhood memory with the LEGO Pirates of Barracuda Bay set. Part of the company’s Ideas line, this model features a pirate ship that’s been wrecked on a tropical isle. The details are extensive, with areas depicting bedrooms, Redbeard’s captain’s cabin, farm, food store, jail cell, kitchen, supply dock, and even a tropical tavern.

The island is occupied by 8 pirate figurines: Captain Redbeard, Lady Anchor, the twins Port and Starboard, along with Robin Loot. Those characters are accompanied by 2 skeletons, as well as an assortment of animals. A cannon, rowboat, and the Jolly Roger flag add extra decor, showing how the pirates have settled into their new home after surviving the shipwreck. The island can be split in two and reconfigured to reveal buried treasure. The ship can be dismantled and rebuilt to resemble the Captain Redbeard’s Black Seas Barracuda pirate ship model that LEGO released in 1989. Like other editions of the LEGO Ideas line, it is made to be a real challenge. The set is made from 2,545 pieces, measuring 23 inches high, 5 inches wide, and 12 inches deep when fully assembled.