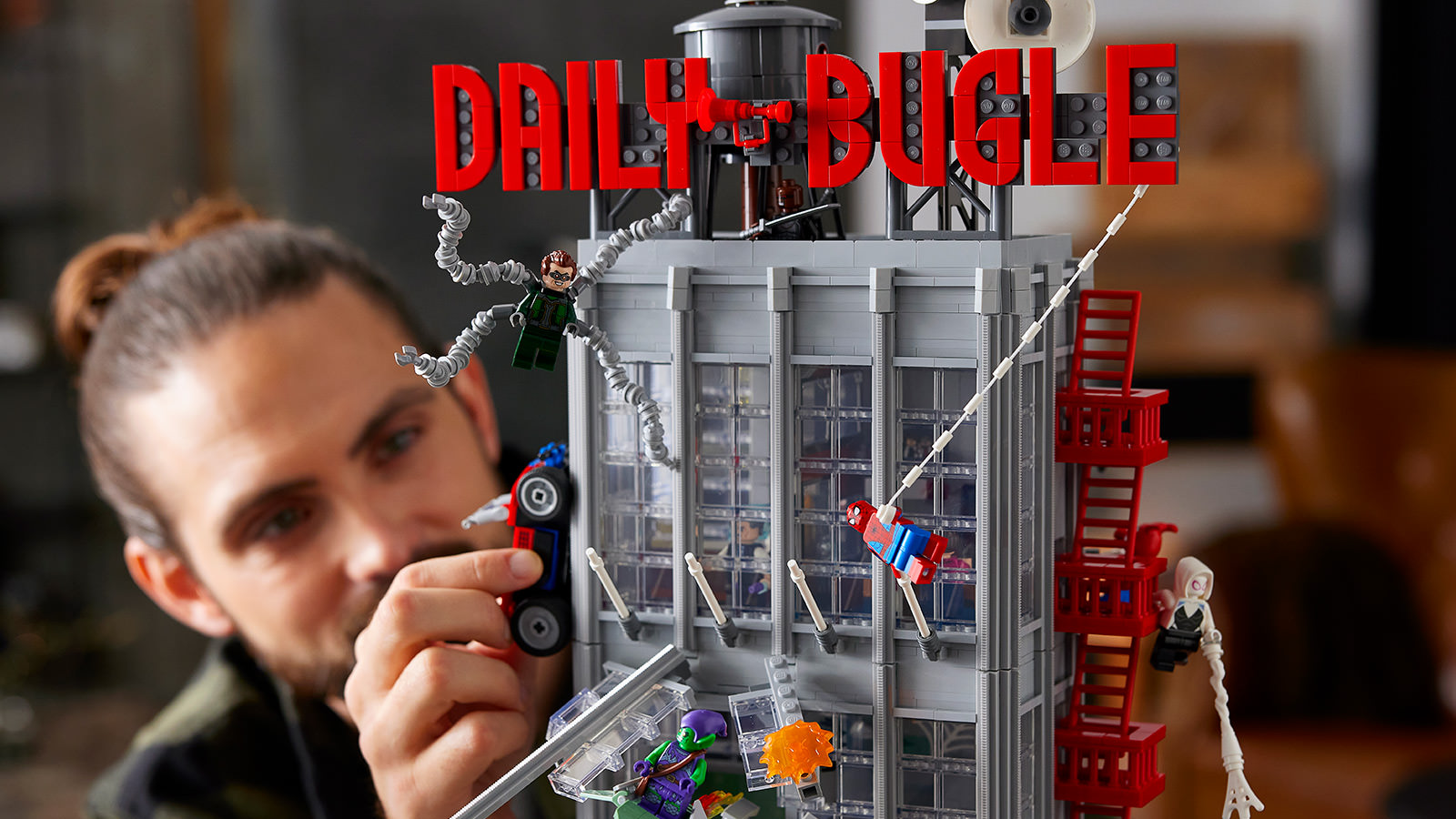 First featured in “The Amazing Spider-Man” comic series in 1963, the Daily Bugle is a fictional New York City tabloid newspaper and has since become an iconic fixture in the Marvel Comic Universe. Now, LEGO has revealed it will soon release the LEGO Daily Bugle, a 3,772-piece high-rise kit that reaches 2.7 feet in height, making it the tallest LEGO Marvel set yet. This intricate LEGO kit brings the Daily Bugle headquarters to life, re-creating where Peter Parker works under editor J. Jonah Jameson. It was in these offices are where the famous phrase of “Get me pictures of Spider-Man!” was first bellowed.

The modular, four-floor Bugle building includes the ground floor entrance (which can be made to look like it exploded), the newsroom (with doughnuts), a Green Goblin-attack set piece, and Betty Brant and Jameson’s offices on the top floor. A fire escape runs down the side and there is a water tower and a large “The Daily Bugle” sign up on the roof. Like the highly detailed LEGO FRIENDS The Apartments set, The Daily Bugle is chock full of little tidbits for hard-core fans. The set comes with 25 Minifigures, including, of course, Spider-Man, Doctor Octopus, Miles Morales, Spider-Gwen, Mysterio, and even Spider-Ham, the porcine version of Spider-Man. And exclusive new mini-figures namely Daredevil, Punisher, Black Cat, and Blade are also included. The set will be available for purchase starting May 26th for LEGO VIP members ahead of its June 1st release.

For more LEGO/MCU news, check out the Marvel Infinity Gauntlet.