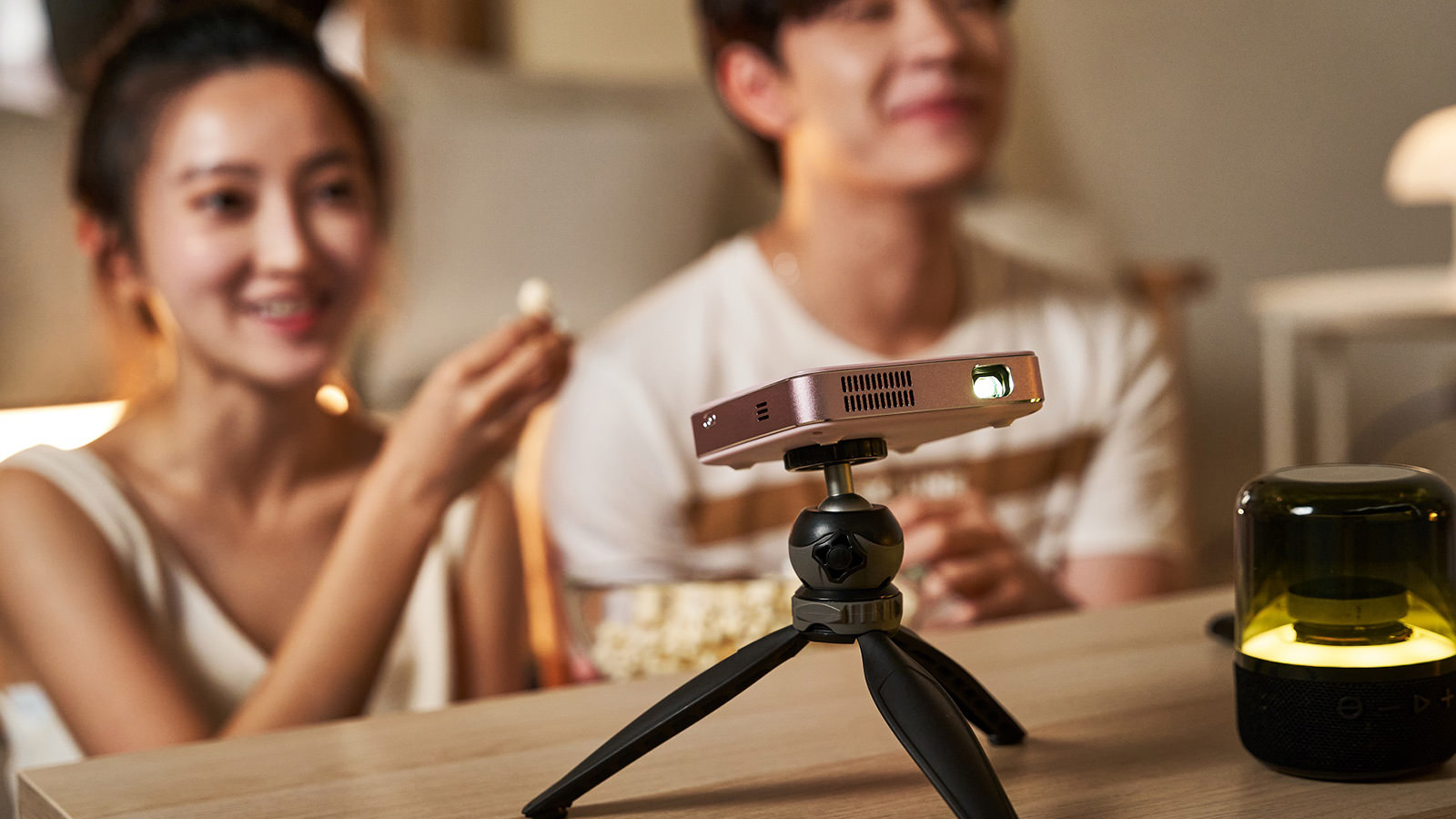 Using a projector to display a movie, favorite television show, or video game is a great way to spend time with family and friends. Traditional projectors tend to be large and bulky and constrained by several cables and cords. inaday’s Tairona, a pocket-sized projector still in its Kickstarter phase, is set to change how people think about a projector. This small, lightweight projector is fully capable and comes at a surprisingly affordable price point.

The new Tairona projector is small, weighing just 9.7 ounces. The projector is compatible with several devices, including the Nintendo Switch, PS5, and almost every streaming app. The inaday Tairona is capable of sharing a computer screen, creating a completely wireless projection. Enjoy high-definition 4K resolution while watching favorite movies and shows. The Tairona projector can project an image up to 120 inches with clear resolution. Further, the tiny projector can support Bluetooth-enabled sound and has an internal rechargeable battery, eliminating the need for an external power source and cord. The internal battery can run for three hours with a full charge.

While still in its Kickstarter phase, the inaday’s Tairona pocket-sized projector is fully funded. A $389 pledge will get supporters the early bird special, including the Tairona projector, air mouse, and Boost line. The project is expected to finalize mass production in October, with the unit likely shipping to supporters in November 2022.