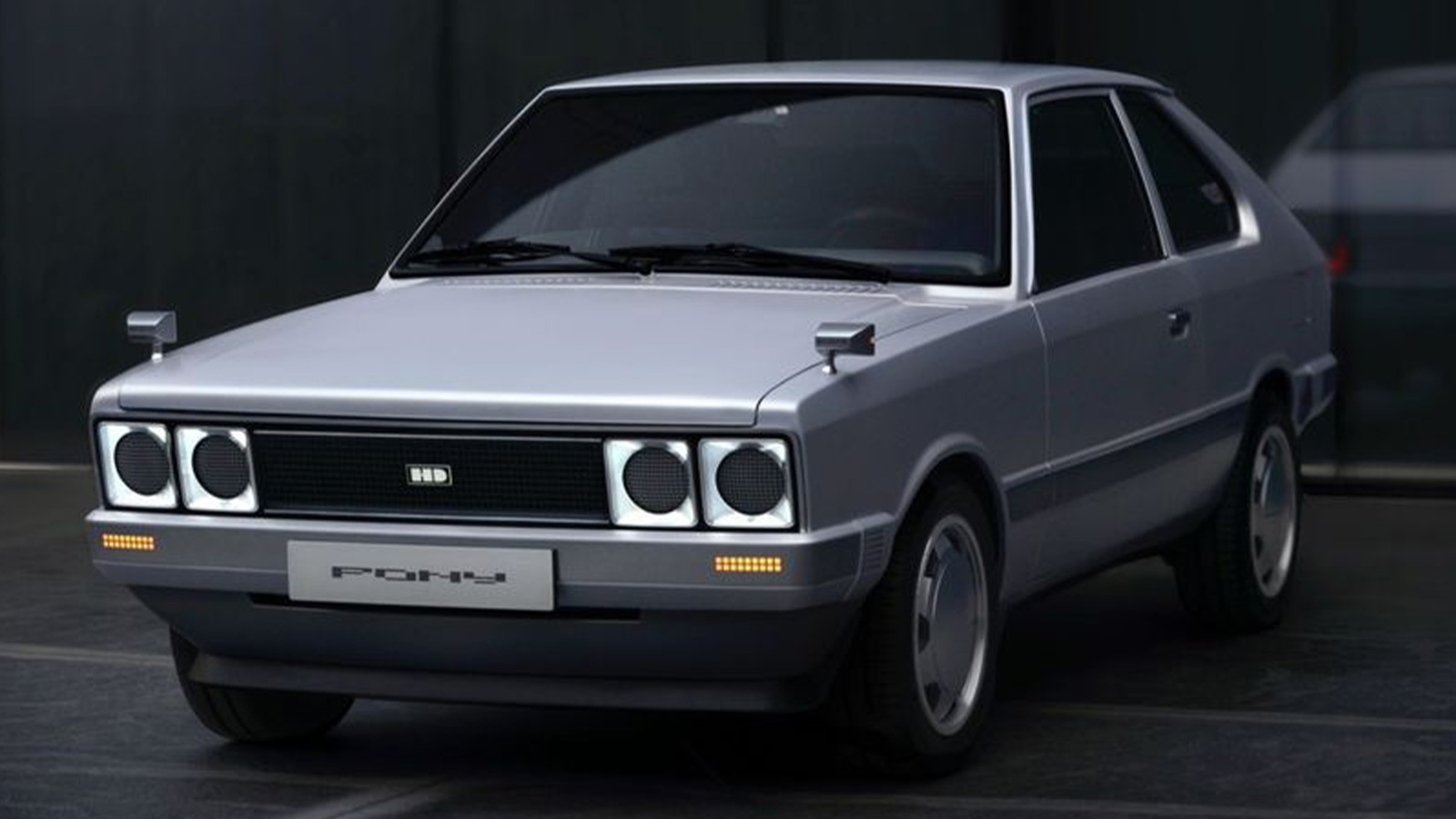 Everything has a beginning. For Hyundai, it started with a compact car named the Pony. Launched in 1975, the Hyundai Pony was the first mass-produced car in South Korea and the country’s first export. The Pony was a group effort involving ex-Leyland British executives, spare parts from Japan, Italian designers, and skilled labor loaned from Ford. The Pony was Hyundai’s first real car. Recently, Hyundai unveiled a one-off concept that pays homage to the past while looking forward to the future. The car is a beautifully modernized Hyundai Pony two-door hatchback from the 1970s upgraded with an electric powertrain.

The groovy compact car features updates inspired by Hyundai’s all-electric Ioniq 5. No details have been released about what sort of electric powertrain replaced the Pony’s ICE, but that does not stop us from enjoying how it looks. The Pony EV features LED lights, camera side mirrors mounted on the fenders, and wears retro-inspired wheels. The Pony EV has an almost CGI appearance with ultra-smooth lines, like a digital rendering come to life. Inside, the interior has also been updated with a three-spoke steering wheel and a unique dashboard. The Hyundai Pony EV project was led by Hyundai’s chief interior designer Hak Soo. The Pony EV is currently on display at Hyundai’s customer center in Busan, South Korea.

You may also be interested in IMBOLDN’s Beginner’s Guide To Restomods.