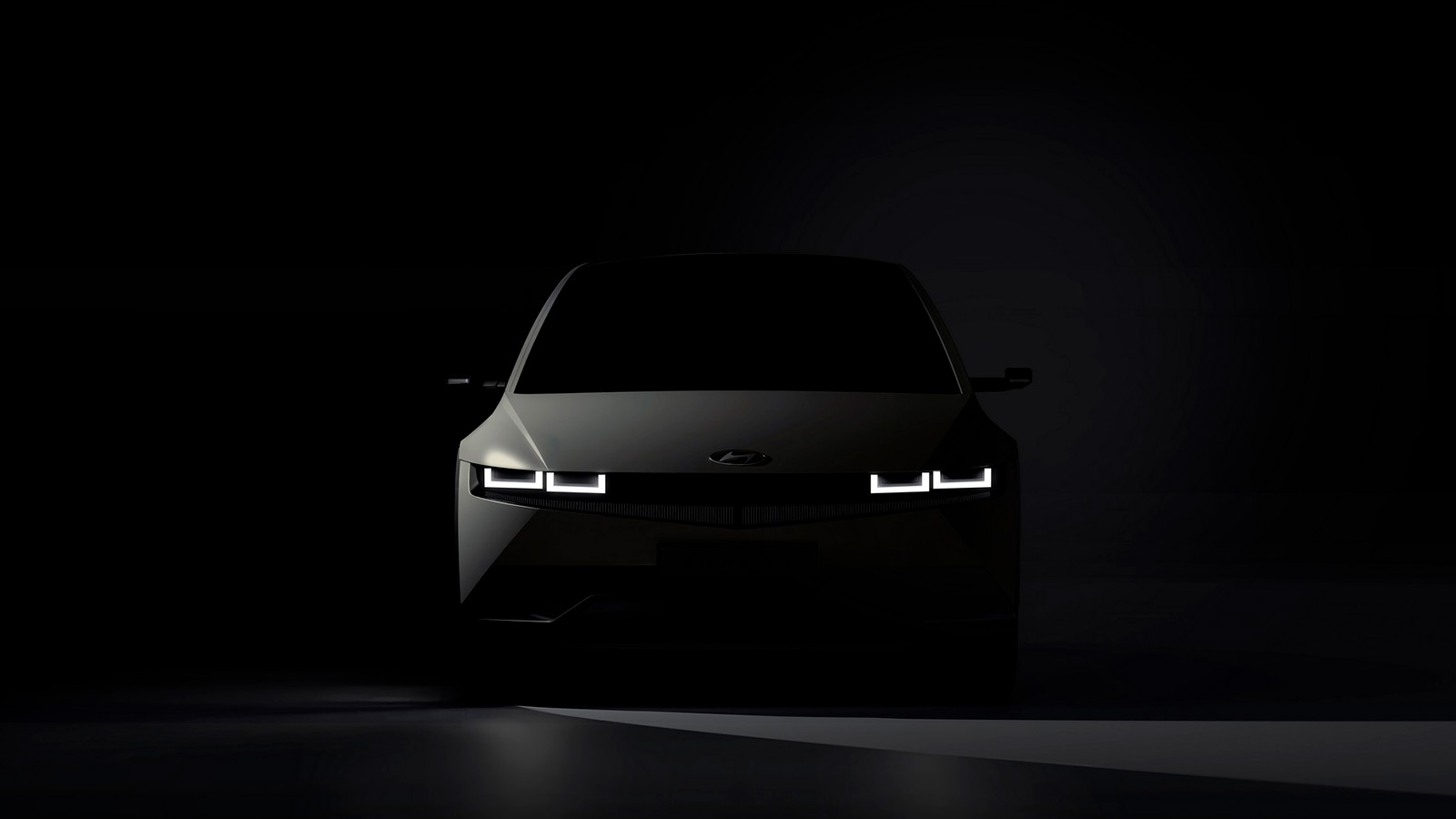 IONIQ is going to be Hyundai’s stand-alone brand for its line of upcoming electric vehicles. The first IONIQ vehicle is scheduled to debut in February 2021, but Hyundai has released a series of teaser videos to satisfy our attention span until then. This new electric vehicle from Hyundai’s IONIQ  brand is a crossover SUV named the IONIQ 5, built on Hyundai’s new Electric-Global Modular Platform (E-GMP). The design of the IONIQ 5 takes inspiration from the Hyundai 45 Concept vehicle shown at the Frankfurt International Auto Show in 2019. While the teaser and press photos give a full look at the Hyundai IONIQ 5, what we see is this EV crossover features razor-sharp lines like the Hyundai 45. The 20-inch wheels are the largest to be fitted to a Hyundai production vehicle and look like the intro tunnel vision to a James Bond film.

A new design is one thing, but what has the automotive press buzzing about is Hyundai’s claim that the IONIQ 5 can travel 62 miles (100 km) after only five minutes of charge using the WLTP standard cycle. The teaser video series highlights the Hyundai IONIQ 5’s ability to power other electric devices as a 110/220V power supply. One video shows the IONIQ 5 being used to power a treadmill on what appears to be a camping trip – ironic. Battery range and performance specs have not been released, but the official debut of the Hyundai IONIQ 5 is scheduled for February 2021.

For more news about electric vehicles, check out the Alpha Ace EV.