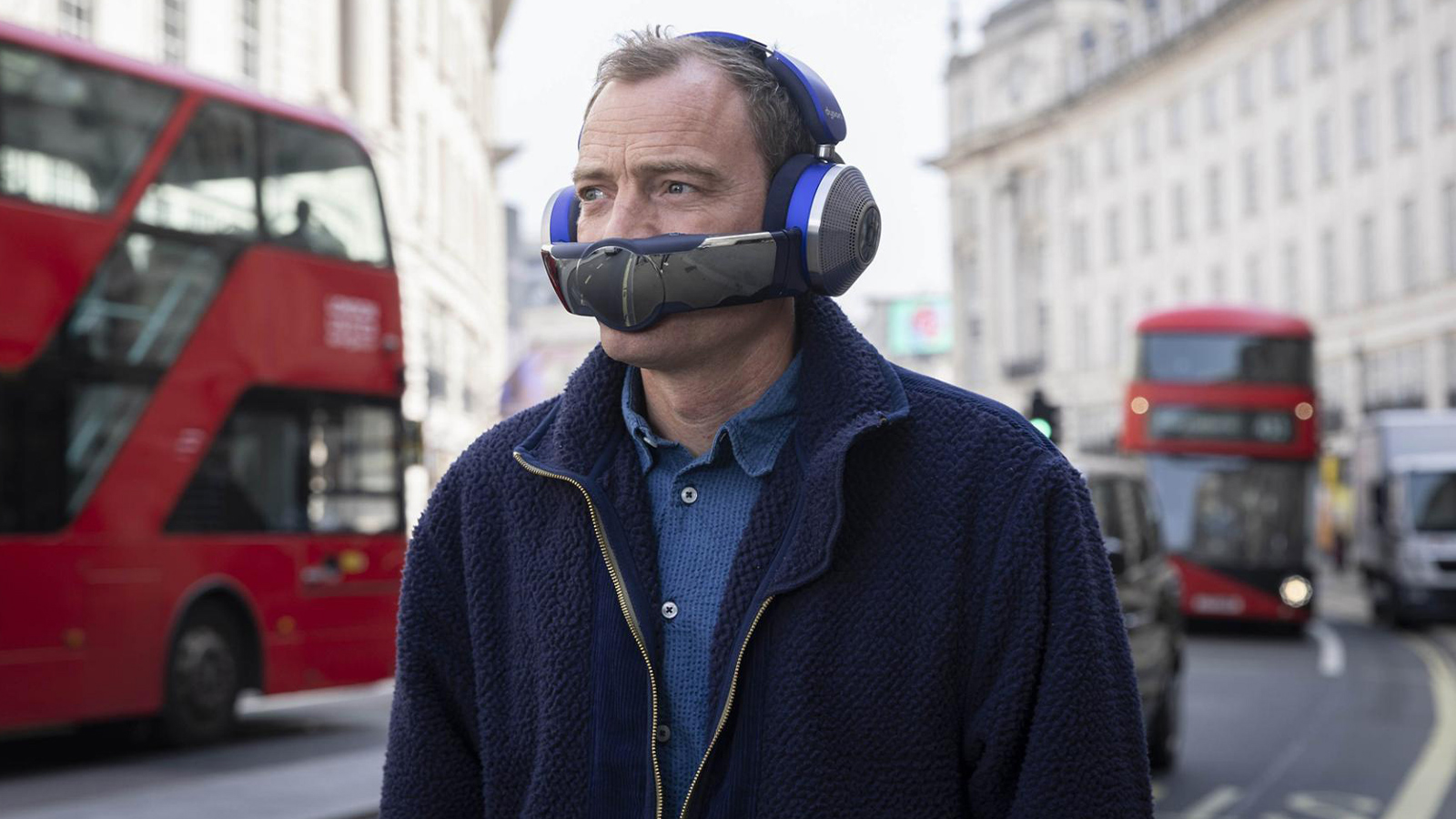 The British tech company, Dyson, will soon be launching its first wearable air-purifying headphones. In its statement announcing the new product called the Dyson Zone, the company stated that its new product will simultaneously tackle the urban issues of air quality and noise pollution. The Zone is a set of noise-canceling, high fidelity over-ear headphones which simultaneously deliver immersive sound to the ears, and purified airflow to the nose and mouth. Jake Dyson, Dyson Chief Engineer said, “the Dyson Zone purifies the air you breathe on the move. And unlike face masks, it delivers a plume of fresh air without touching your face, using high-performance filters and two miniaturized air pumps. After six years in development, we’re excited to deliver pure air and pure audio, anywhere.” Dyson said that the company developed more than 500 prototypes before landing on the final version.

Motorized fans pull air into the headphone ear cups and through a pair of custom-made dual-layer filters, then push the clean air through the plastic tunnel in front of your face called a visor and out into your nose and mouth. According to Dyson, the quick, continuous stream of air flowing directly from the filter into your body creates a “bubble,” ensuring that you breathe the purified air without it dispersing as it leaves the headset. The Zone is capable of filtering up to 99% of particle pollution, according to Dyson. The visor can also be removed if the wearer prefers to just use the headphones. The device is meant to protect against air pollution, not to serve as a replacement for masks that protect against COVID-19. The Zone will be available for purchase sometime this fall.

For more like this, check out Airtomo, a 3D-Printed Wearable Air Purifier.