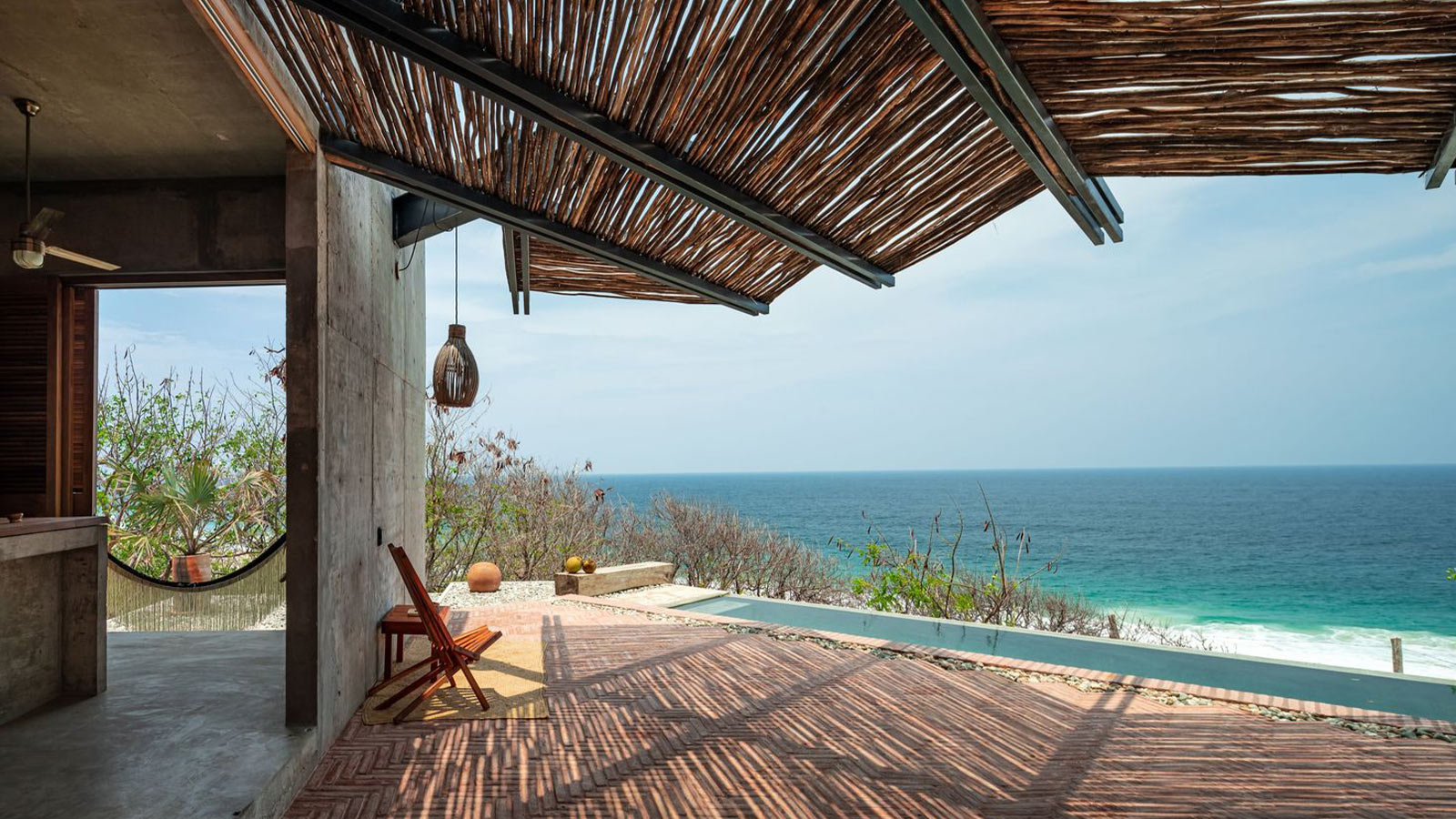 Designed by Mexican architectural firm Espacio 18, Casa del Sapo presents as two connected concrete structures situated on Mexico’s picturesque Zapotengo coast in Oaxaca. In designing Casa del Sapo, the architects drew inspiration from the cabin that writer Henry David Thoreau built for himself on Walden Pond. Much like Thoreau’s desire to create a simple home where he could fully connect with his natural surroundings, Casa del Sapo reflects the architects’ intention to generate an unpretentious structure for their clients that responds to life’s necessities, avoiding extra ornaments and decoration.

Arranged in a butterfly plan, the two blocks of the 1,400 square foot home comprise a bar-style kitchen and an en-suite bedroom facing sunrise to the east, and a large en-suite bedroom block facing the sunset to the west. This layout creates a series of triangular patio spaces, with a large central terrace overlooking the sea to the south and two more intimate spaces to the north, divided and shaded by the eastern block’s high concrete wall. According to the architects, the project was designed by considering the soul of the place itself, as they describe, “two stones looking at the sea, craving for its timelessness.” While the first volume looks for the sunrise and the other one for the sun to go down, where the spacing between them shows the sea and the beauty of the coast of Oaxaca.

Constructed largely of concrete, this is an unpretentious residence that has been left unfinished and exposed on all surfaces. It is complemented by concrete counters, shelving, and concrete bases for the home’s beds. A folding wooden door lets the kitchen area open out onto the central patio, and large folding doors at the end of each block allow the interiors to be opened up to look out towards the sea. The terracotta-tiled patio leads outward to a swimming pool, while a wing-like branch roof protects the patio. Meanwhile, cacti and trees puncture the rugged stone paving that surrounds the residence, and a suspended concrete staircase leads people to the open rooftop to take in the expansive ocean views.

For another architectural gem, check out Ventana House by HK Associates Inc.