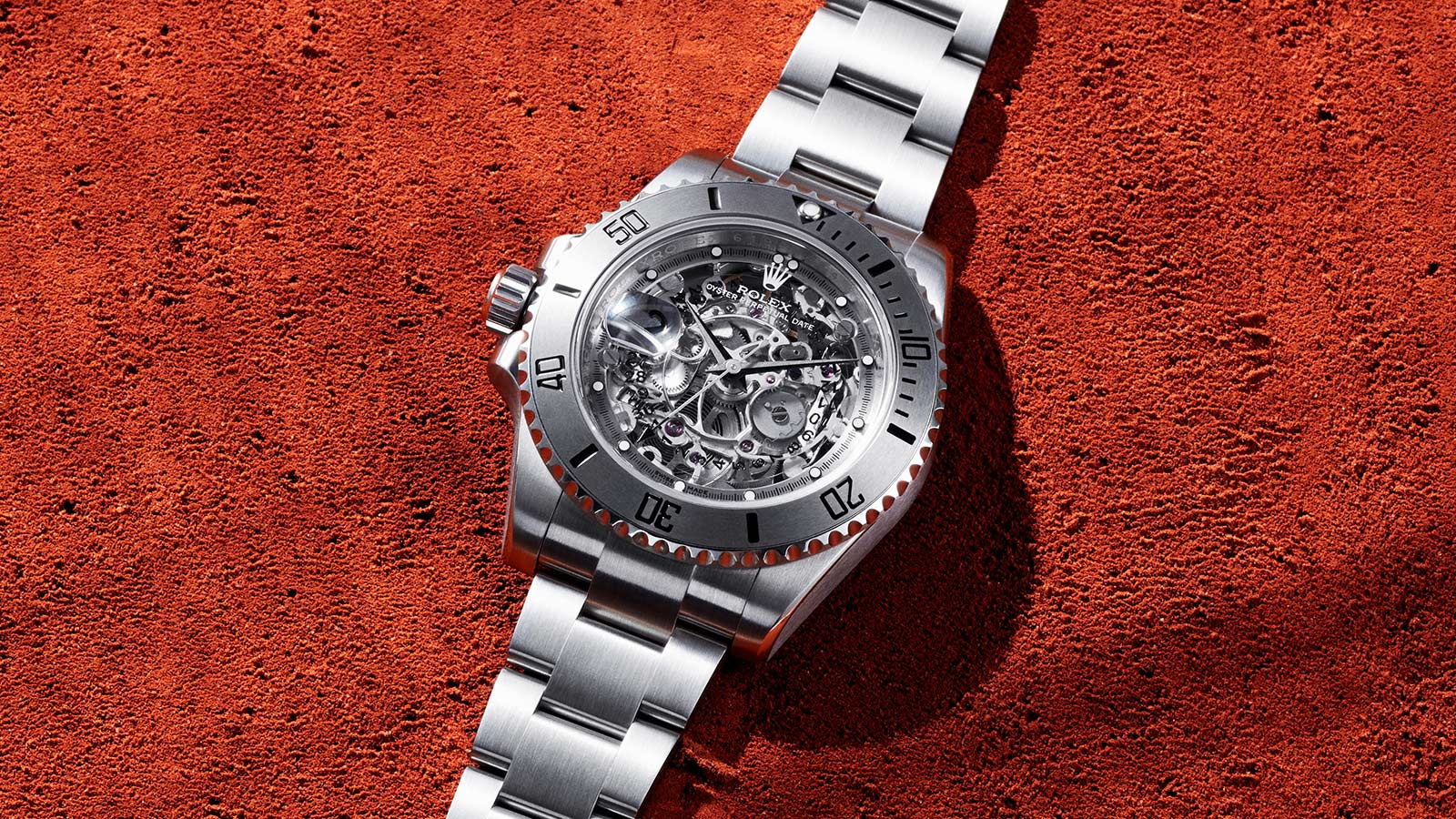 Artisans de Genève, an independent watch workshop in Geneva, Switzerland, that customizes timepieces for private clients, recently completed a bespoke job for the one and only John McEnroe. A true tennis icon, McEnroe was certainly among the sport’s most notable left-handed players. He won seven Grand Slam singles titles and nine doubles titles, and was as well known for his infamously fiery on-court temper as his supreme grace and nimble shotmaking. He’s immortalized in some of the greatest rivalries men’s tennis has ever seen, including with Ivan Lendl and, especially, Bjorn Börg. McEnroe’s contest against Börg in the 1980 Wimbledon Men’s Final is widely regarded as one of the greatest tennis matches ever played.

Artisans de Genève’s John McEnroe Project Rolex Submariner provides the lefty legend with a luxury watch made to his exacting specifications. The result is a skeletonized version of McEnroe’s Rolex Submariner with a strikingly exposed meticulously hand-finished 3135 caliber and a crown swapped to the left side to better accommodate his gameplay. Another modification is the new date disc of polished sapphire and the date window’s illumination. “My watch had to be above all beautiful,” McEnroe says on the Artisans de Genève website. “Very beautiful, elegant and modern at the same time.” Looks like this hotheaded — and sublime — athlete got his wish.