Mercedes-AMG One Takes An F1 Engine And Turns It Into A 1,049-HP Hybrid Street Supercar - IMBOLDN
Skip to content 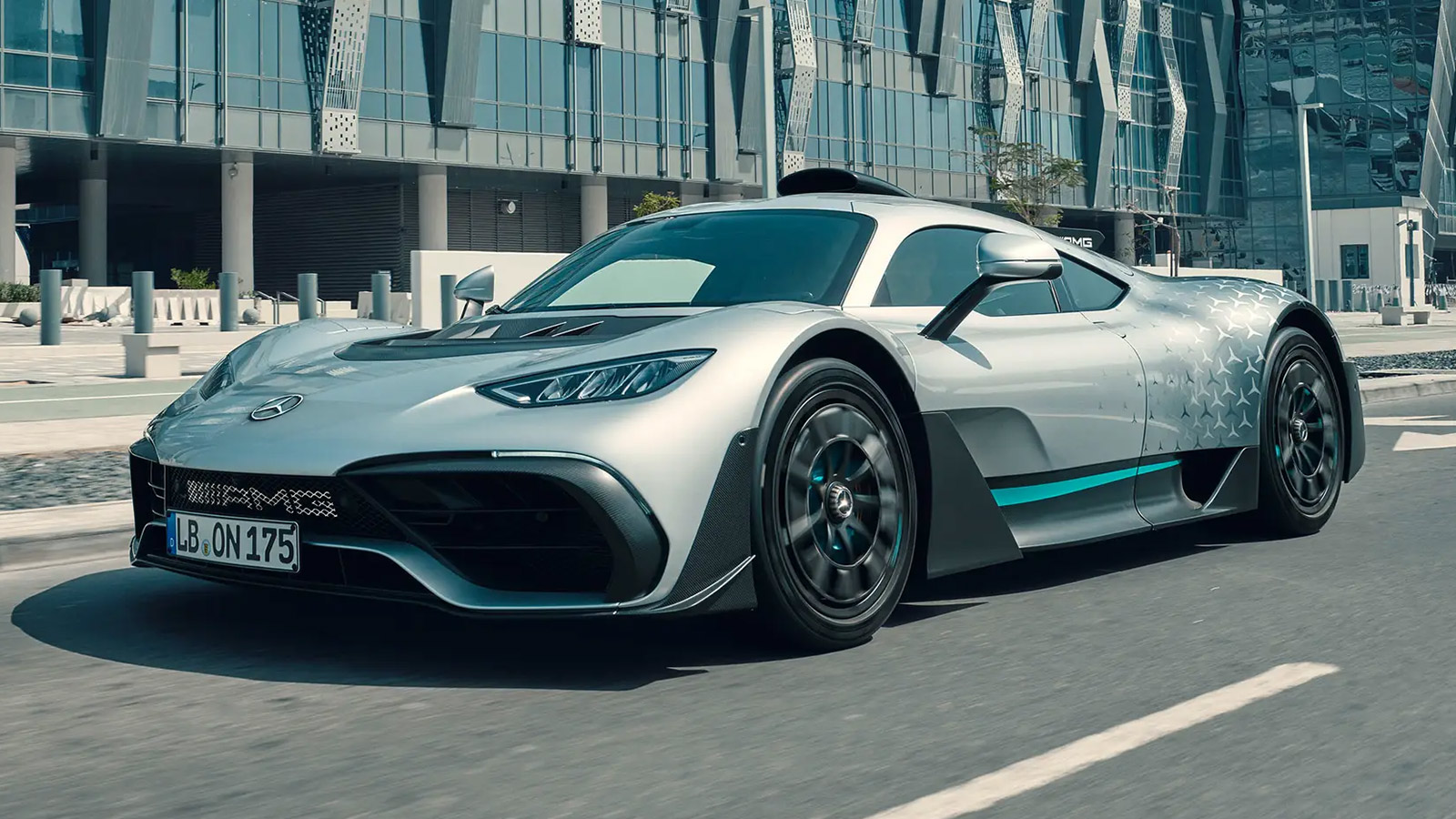 Mercedes-AMG released press photos of its Project One concept in its final production form. This is a momentous occasion as we have been waiting to see the finished car since Mercedes-AMG first announced the concept in 2017. The 2023 Mercedes-AMG One is an engineering marvel, a street-legal F1-powered hybrid supercar with a combined output of over 1,000-hp.

The styling of the AMG One makes it seem more at home on a racetrack than in city traffic. It features an integrated roof scoop ending with a central fin to slice through the air. The louvers on its front fenders are active, as is the rear spoiler. The car’s triple exhaust layout and large rear diffuser are visual clues to its F1-inspired development. Project One’s upward-opening doors are the cherry on top, which completes its supercar personality.

Mercedes-AMG cracked an engineering puzzle regarding the One’s hybrid drivetrain. The engine, sourced from a Mercedes F1 car, is a 1.6-liter V6 that flexes an 11,000-rpm rev limit, four overhead camshafts, and an electric turbo to produce 556-hp. The engine is supported by four electric motors, each assigned to a specific drivetrain component.

One motor supports the gasoline engine’s crankshaft adding 161-hp. The second electric motor is integrated into the engine’s turbocharger for a 121-hp contribution. The remaining two motors are mounted on the car’s front axle adding 322-hp with a lightweight 8.4-kWh battery pack that uses a new liquid cooling system. The Mercedes-AMG One produces a combined output of 1,049-hp and uses a new seven-speed automated manual gearbox. As a result, the street-legal hybrid supercar races from zero to 124 mph in seven seconds and reaches a limited top speed of 219 mph.

As for the interior, the AMG One offers some creature comforts to make daily driving easier. USB ports, climate vents, a digital rearview mirror (because there is no rear window), and a 10-inch infotainment screen are all standard in the Mercedes-AMG One. F1 inspiration can be seen in the car’s steering wheel with integrated buttons and shift lights – like a race car. Moreover, drivers can adjust the steering wheel and pedals to their ideal position. But the racing-style carbon-fiber bucket seats only offer two positions. Interior details like Nappa leather with black Dinamica microfiber upholstery and exposed carbon fiber trim provide balance in a car built to handle racetrack speeds and city paved roads.

The official public viewing of the car takes place on June 23 through the 26 at the 2022 Goodwood Festival of Speed. Unfortunately, it is too late if you’re in the market for a 2023 Mercedes-AMG One. All 275 units are sold out, so you may have to wait until one shows up at an auction in a few years.

Mercedes-AMG just introduced its first electric vehicle, the Vision AMG, to be released in 2025. 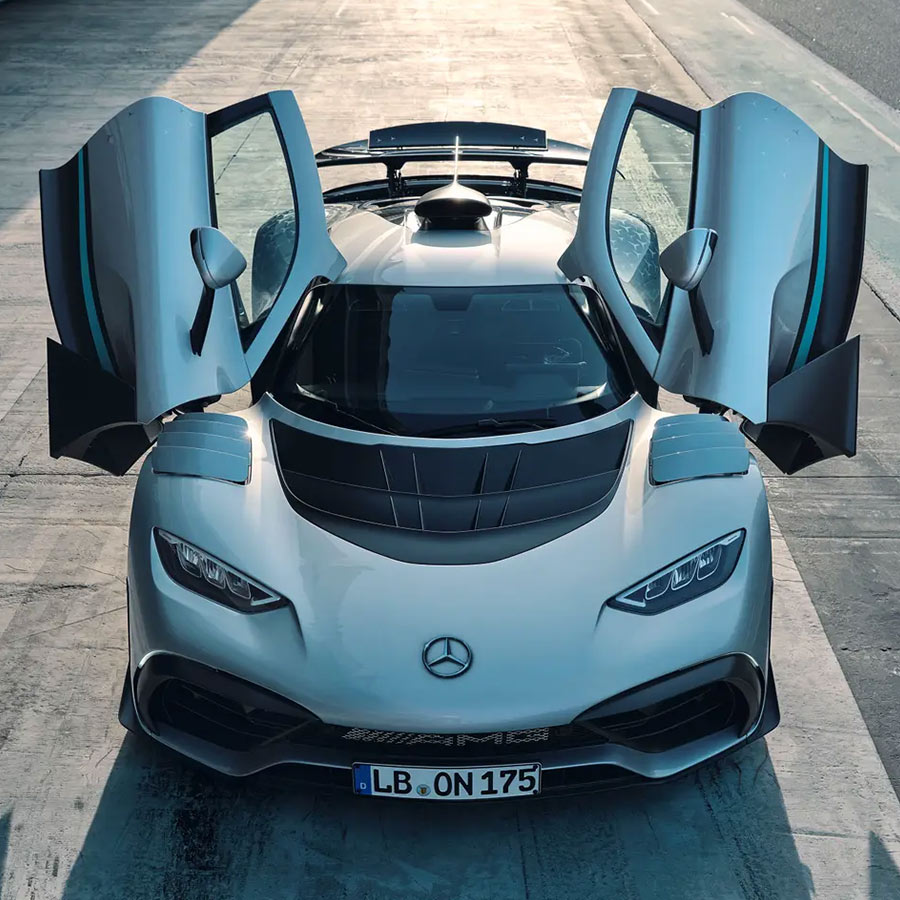