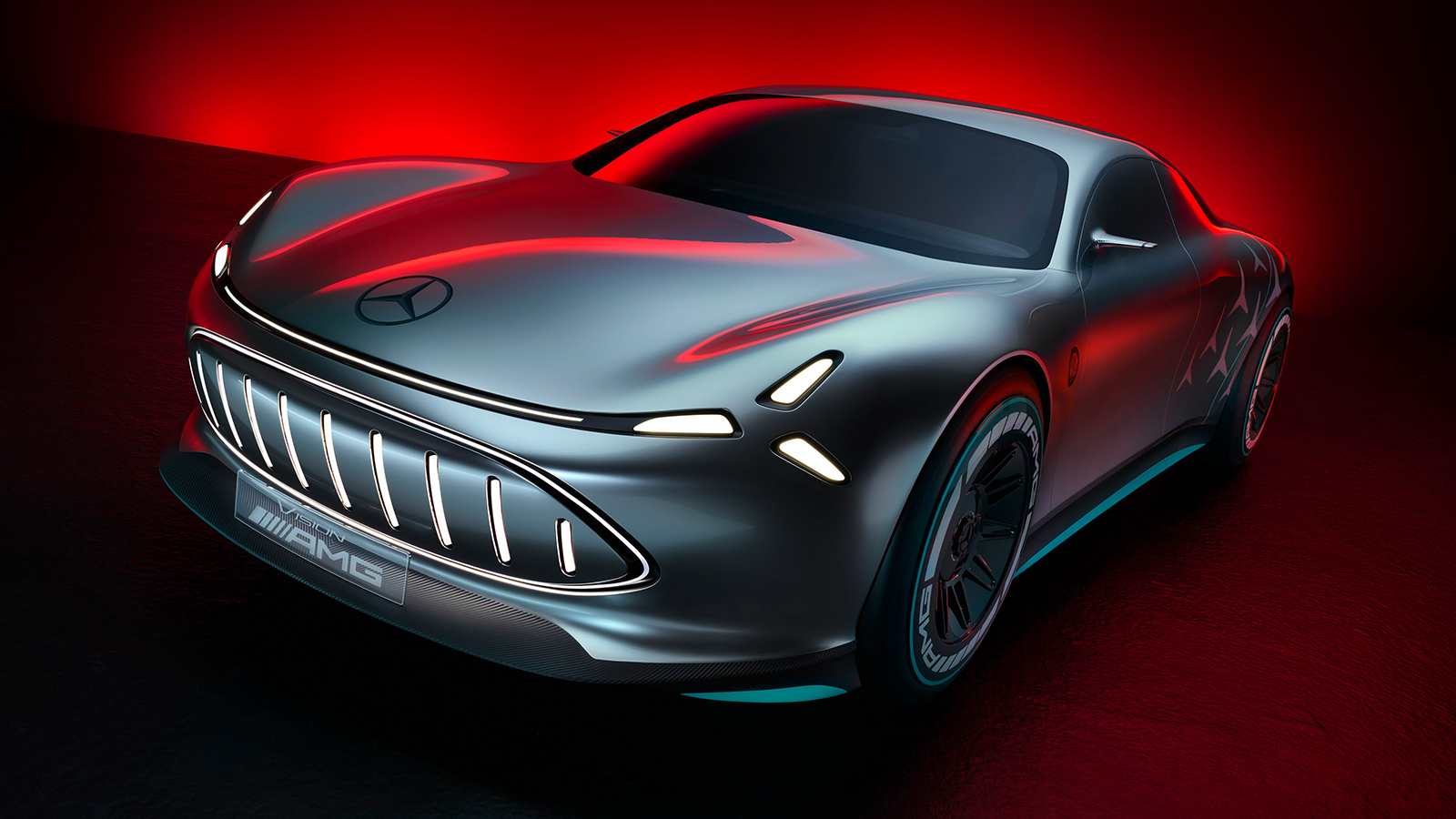 Mercedes-AMG has introduced its first electric car built on its AMG-developed platform. This new vehicle is dubbed the Vision AMG and shares nothing with Mercedes-Benz EVs. The whole car is being developed in-house by the AMG division to be a stand-alone performance car. What we are seeing now is a preview before its official debut in 2025.

Press photos of the Mercedes-AMG Vision AMG show a long and sleek four-door sedan with a duck-tail rear end and illuminating front grille. The car is dressed in Alubeam silver. As a radical interpretation of window tint, its rear and side glass has been painted over but features a hexagonal pattern allowing occupants inside to see out. The front grille is actually an illuminated outline with vertical light bars. Its three-prong headlamps are designed to represent Mercedes’ three-pointed star logo. At the back, the rear diffusers show what looks to be six-round afterburner exhaust tips but are actually brake lights.

One detail press photos fail to show is the Vision AMG’s 22-inch deep-dish wheel design. The edge of these wheels is said to open up while in motion to allow for cooling and aerodynamics. Other performance-focused features include an active rear spoiler, carbon fiber trim, and teal accents inspired by the Mercedes-Benz Formula 1 race cars.

What powers the Mercedes-AMG Vision AMG is still on a “need-to-know” basis. However, Mercedes-AMG has stated that it will use an Axial Flux Motor developed by a subsidiary of Mercedes called YASA. This electric motor is more compact and lighter than standard electric motors and works with the AMG.EA architecture’s battery pack. No word as to the kind of power it will produce, but with Mercedes-AMG’s reputation for performance, we can safely assume it will be extraordinary.