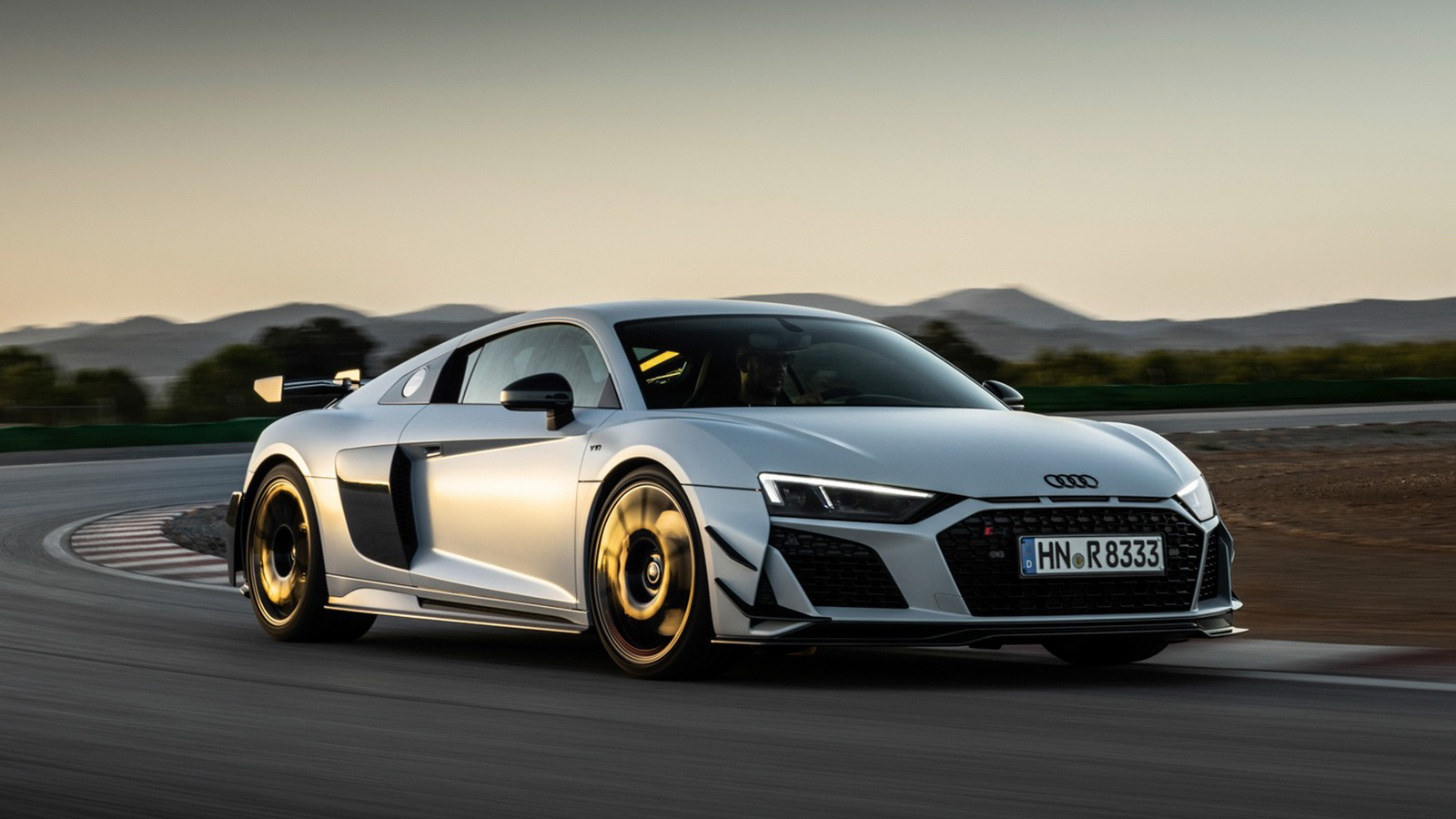 In 2006, Audi released the R8 supercar to the world to show up its Italian rivals and prove, again, that it is a brand that understands performance. Now, the Audi R8’s famed V10 engine is getting a gold watch and being forced into retirement, but not before going out with a furious bang in the 2023 Audi R8 GT RWD. This limited-production variant of the R8 emphasizes what makes this car so great – lots of power sent to the rear wheels.

The new R8 Coupe GT RWD is limited to 333 examples for the world market. Behind the driver’s seat sits a 5.2-liter V10 breathing without the aid of turbos or superchargers to develop 612-hp and 417 lb.-ft of torque. Moreover, the engine’s specific tune increases its peak from 6,400 rpm to 7,000, making it the most powerful rear-wheel drive vehicle in Audi’s history. Tasked with sending the R8’s V10 power to the rear wheels is a modified seven-speed dual-clutch transmission.

Audi also provided the R8 with a Torque Rear Drive mode described as “precise and controlled oversteering,” which translates to adrenaline-inducing sideways fun at the track. A set of ceramic brakes and Michelin Sport Cup 2 tires wrapped around 20-inch “motorsport-inspired” wheels come as standard.

The 2023 Audi R8 Coupe GT RWD wears a matte Suzuka Grey exterior similar to the first-generation model. However, its carbon fiber body kit sharpens the R8’s serious presence, reinforcing that this model is here to do one thing, break lap records. For the interior, red seat belts and the R8 GT emblem break up the otherwise entirely black cockpit. Of the 333 examples of the 2023 Audi R8 Coupe GT RWD, a select number will arrive in the U.S., but Audi has not disclosed how many – yet.

In other automotive news, see the 2023 Lamborghini Urus SUV. 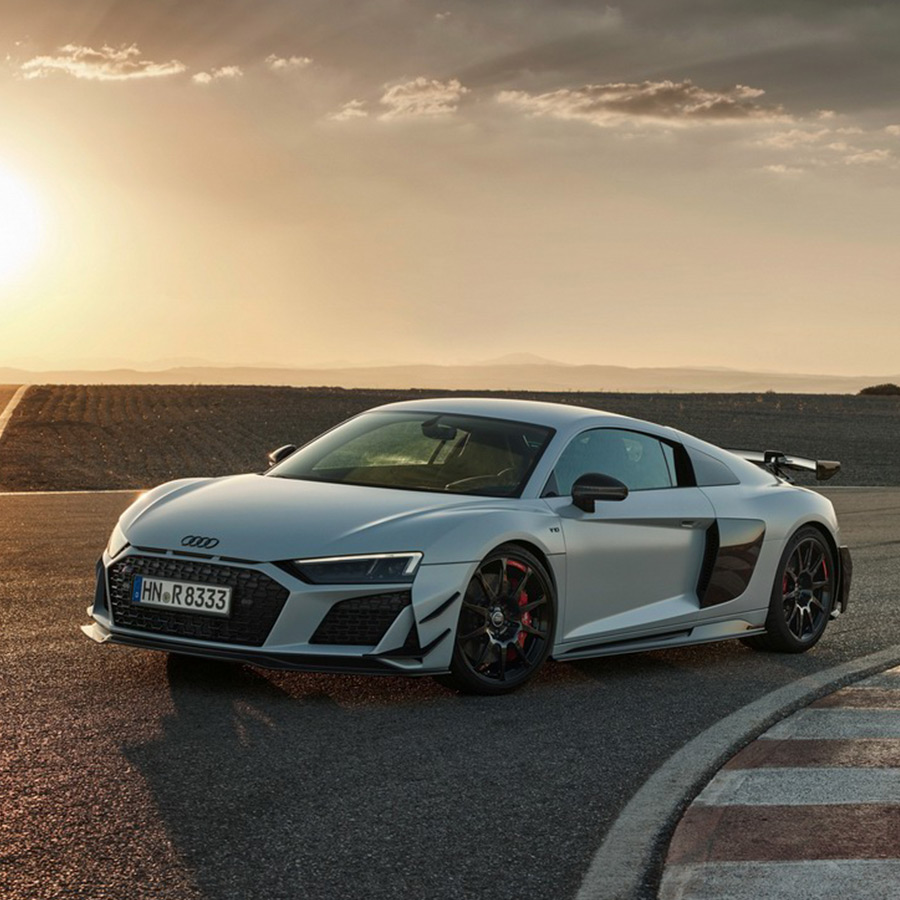