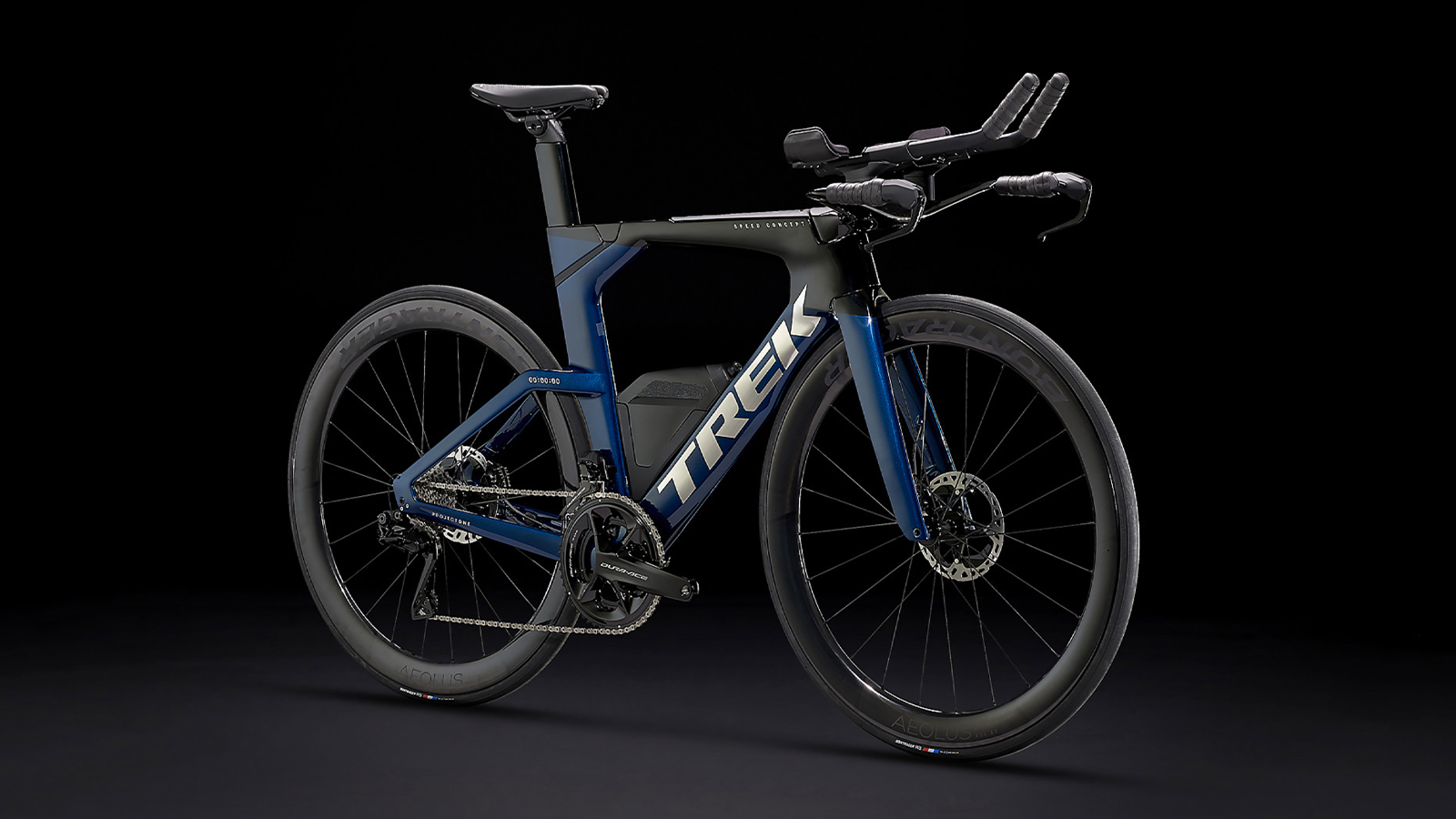 The Trek Speed Concept bike has gone unchanged for the last seven years, until now. The Wisconsin-based bicycle company announced this week the next evolution of its time trial bike. This new bike is a rolling metaphor for efficiency as it goes to extensive lengths to be as aerodynamic as possible. Trek claims the new 2022 Speed Concept TT bike shaves six minutes off its time, making it the fastest bicycle it has ever tested. Trek compared these new results to the outgoing model based on the Kona Ironman racecourse.

Thanks to several key details, the 2022 Trek Speed Concept TT bike manages to be six minutes faster. Trek categorizes four minutes saved through aerodynamics by reducing the drag between the rider and the bicycle, claiming the Speed Concept TT makes riders faster. The brake system saves the remaining two minutes. The bike’s disc brakes are designed to allow airflow compared to standard.

Although this bike is built for speed, it still offers valuable storage capacity. Starting with hydration, the 2022 Trek Speed Concept TT is made with a between the arms (BTA) bottle that clips near the rider’s arm. This system proves more aerodynamic compared to having the bottle clip under the rider on the frame. This bottle system is designed with endurance racing in mind, and Trek claims the bike is faster with the bottle than without it. Additional storage includes the bento box and flat repair kit storage integrated into the bike’s aero carbon frame. Trek offers the 2022 Speed Concept TT in multiple variants and is only available through its Project One system. Buyers can also opt for buying the Speed Concept TT frame and adding components independently.

For an alternate form of transportation, check out the Onewheel GT.