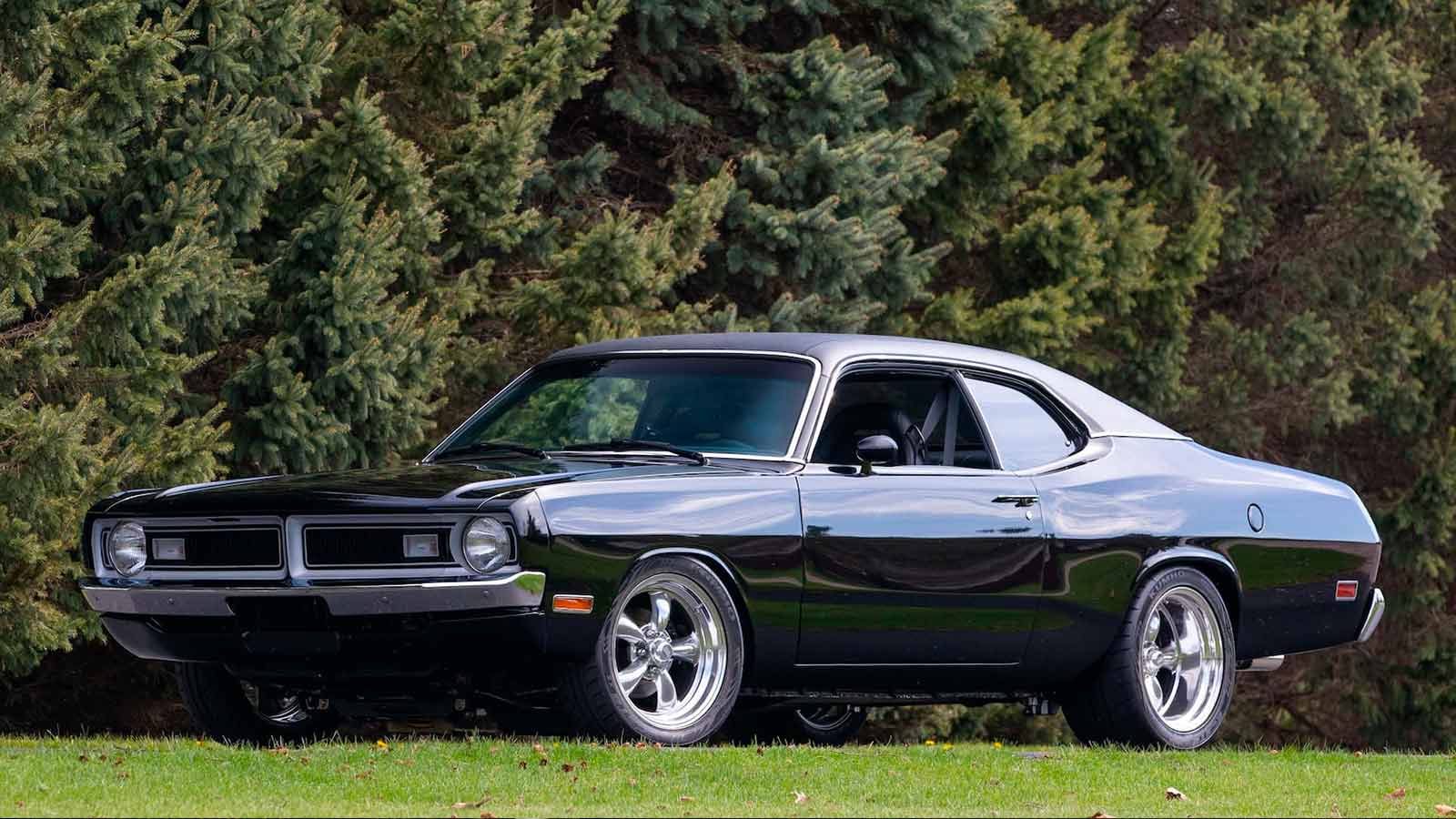 Today, when people hear the words “Dodge Demon” they hear a supercharger whipping 808 stampeding horses down a quarter mile. However, you can’t beat a classic. Especially a classic as tastefully restored as this 1971 Dodge Demon 440. This car falls under the restomod category. Meaning it’s been restored using modern, updated, components. The front bucket seats are out of a Viper GTS. The engine is a 440 V8 with aluminum intake, cylinder heads, and backed by a TorqueFlite automatic. Sits on 17 inch American Torque Thrust wheels, and wears a black tuxedo paint job. Four wheel modern disc brakes, and trunk mounted fuel cell, help keep this Demon on a leash. This 1971 Dodge Demon 440 will be crossing the auction block next month at Mecum show in Indianapolis, IN, July 10-18.

Fun facts about this Mopar classic. Before it was named the Demon, Chrysler executives actually considered naming this car the Dodge “Beaver”. Thankfully, a presumed intern at the meeting let these suits know that “beaver” might not be the best name for their new release. They scrapped the idea and debuted the Dodge Demon instead. The hottest engine for the Demon was the 340 V8 four barrel making 275 horsepower and 340 pound feet of torque. This car came out just before smog emissions began to choke the power out of muscle cars. That means the 1971 Dodge Demon 340 could hit 60 miles per hour in 6.5 seconds. By 1973, Christians had complained that the car was offensive due to its name and cartoon devil badge. The name Demon was pulled never to be seen again, until 2018.