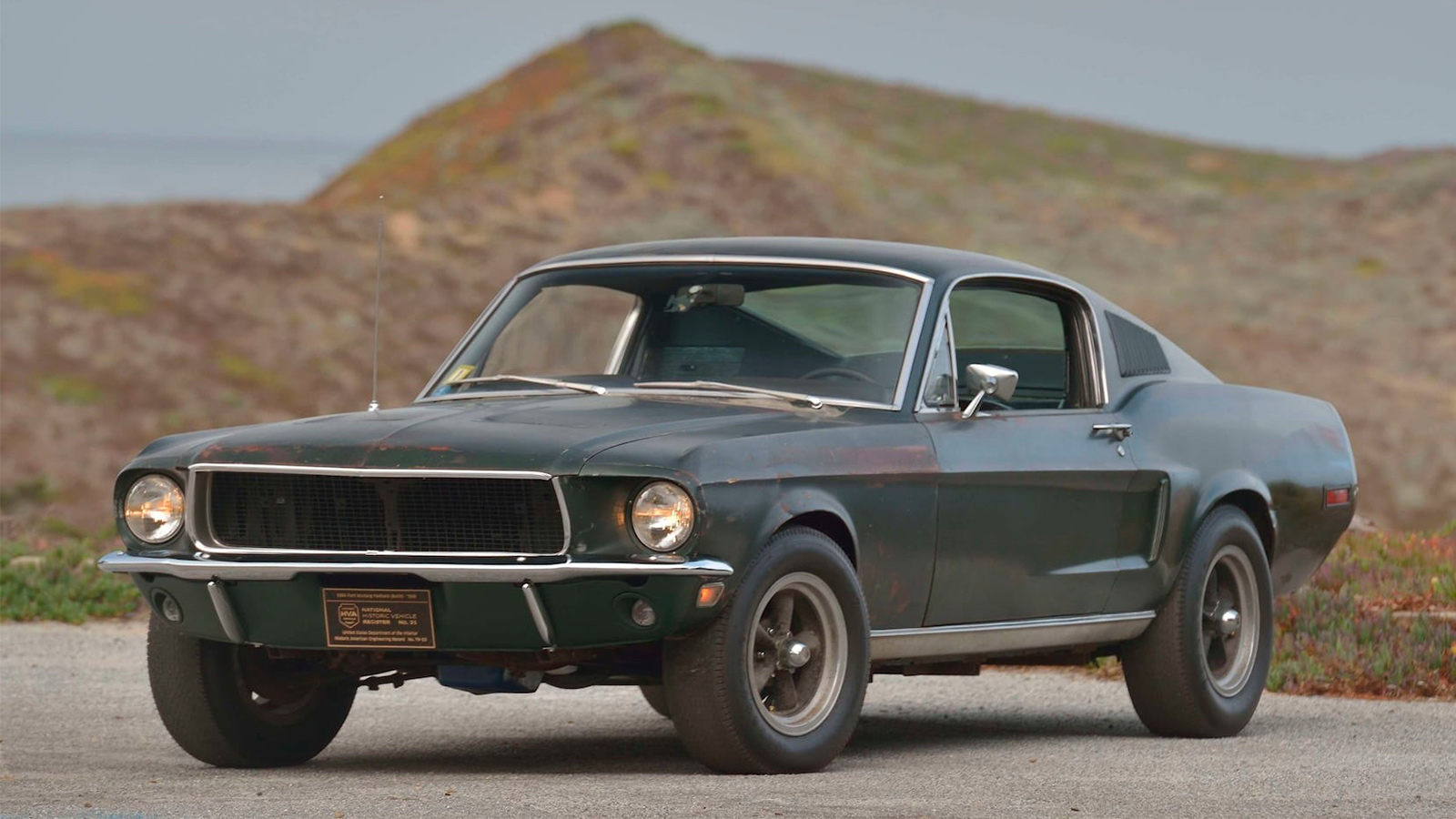 The 1968 Ford Mustang GT “Bullitt” was considered by Steve McQueen to be a character itself in a movie that spawned what’s considered to be the greatest car chase scene of all time. This “Hero Car” was 1 of 2 used in the making of Bullitt and McQueen even drove it himself for the majority of the filming.

In order to make it look more authentic, McQueen had the backup lights and emblems removed, the grille blacked out, a scuffed paint job and gray Torq Thrust wheels for a more rugged, realistic look. The engine was revamped to be more powerful; so it echoed a thunderous roar synonymous with American muscle.

The Mustang disappeared for 40 years after being sold to a private buyer. It’s now road-worthy while still retaining much of its original look and feel. This means the car has some upgrades — such as a 6.4-liter V8 engine that’s been rebuilt — but it also includes signs of wear.