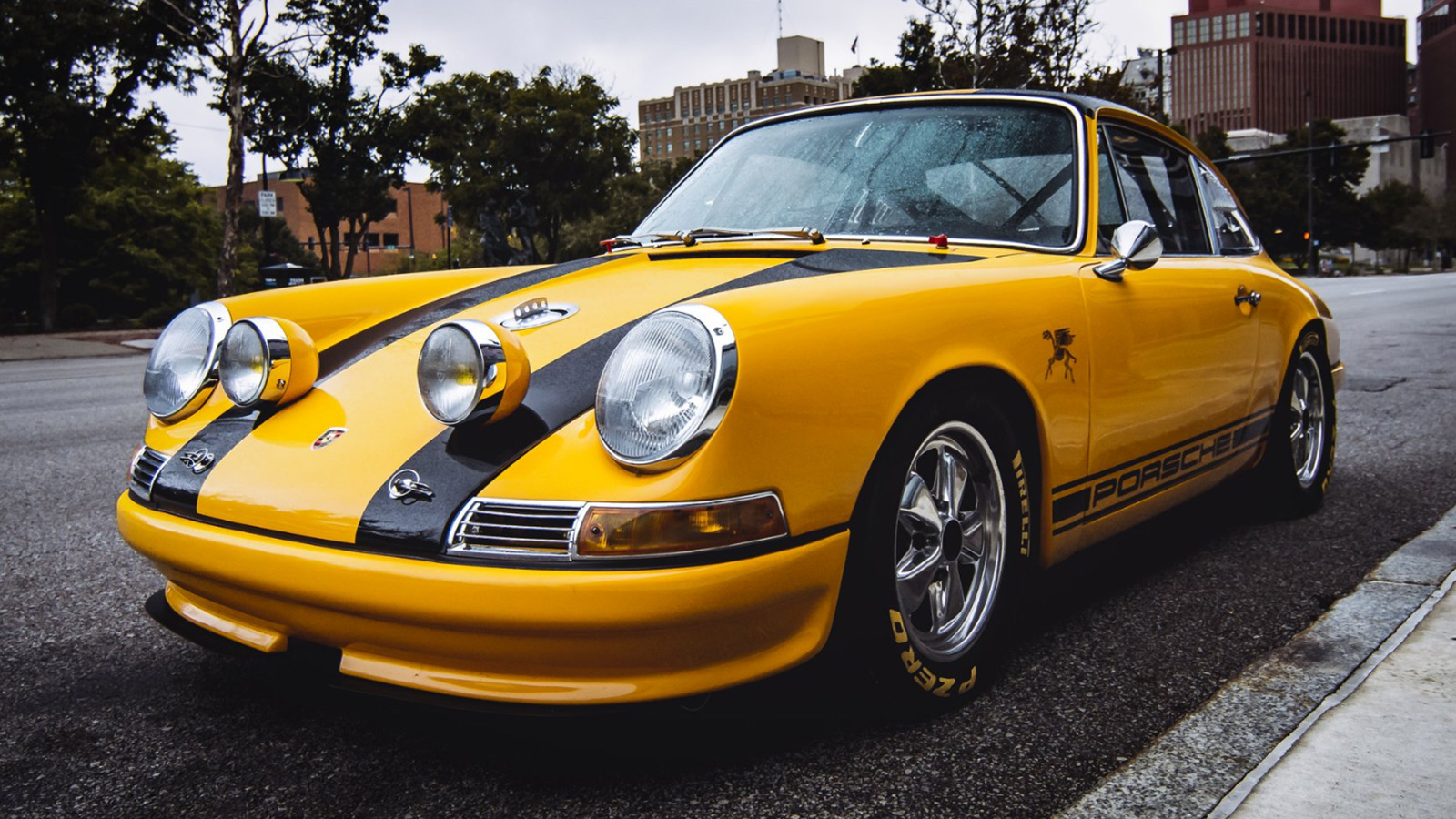 The car has undergone several noteworthy alterations and upgrades over the years to maximize performance. In addition to replacing the car’s original Bahama Yellow paint job with a striking Signal Yellow with accompanying broad black stripes and Porsche brand side script decals, the previous owner outfitted the vehicle with a new front windshield, louvered acrylic rear vent windows, and a custom rear decklid grille. It also has new headlights, 911R-style taillights, and racing bucket seats.

Boasting two decades of racing excellence, this 1967 Porsche 911S Coupe features a half roll cage, an MSD electronic ignition, a close-ratio gear set, and a fuel cell fire-suppression system. Despite its extensive racing career, the car has just 35,000 miles on the odometer. It is up for auction with a Porsche Certificate of Authenticity and a clean Nebraska title in the name of the seller.