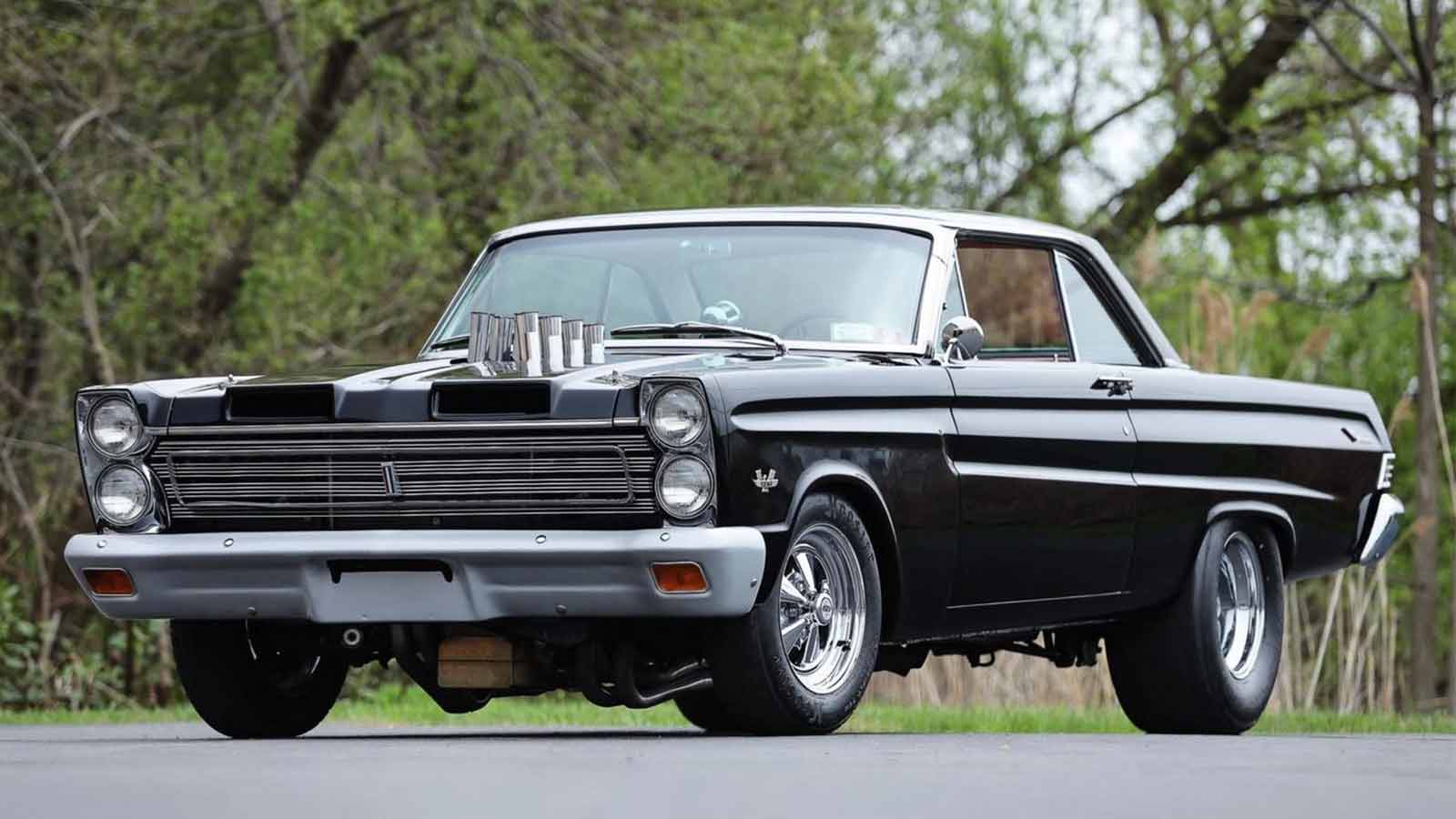 This 1965 Mercury Comet has been modified to look like a limited production A/FX Cyclone built from 1964-65. The A/FX Cyclone was a purpose built factory race car that followed the muscle car golden rule. “It doesn’t turn, doesn’t stop, but sure as hell goes!” The Cyclone was a factory lightweight, barely street legal muscle car designed to race the quarter mile. While this particular Mercury Comet is not an original Cyclone it has all the goodies to pay a respectable tribute. The Comet is powered by a 428ci V8 from Robert Pond Motorsports making 628 horsepower and 629 pound feet of torque. A five-speed Termec manual transmission helps send that front wheel popping torque to the rear wheels. Just like in the 60’s the Comet’s front bumper and fenders are fiberglass and it features an A/FX style hood with 427 Cyclone badges.

Four wheel disc brakes have been fitted in order to stop the gas chugging 428 mill. Covering those disc brakes is a set of 15 inch Cragar SS wheels with Hooiser Pro Street radials for the front wheels. Mickey Thompson slicks cover the back wheels for that hellraiser, ready for launch, drag car look. The Comet’s interior has been kept as period correct as possible. Red vinyl upholstery, Super Sun Tachometer, 120 mph speedometer, and of course, a Hurst shifter with white cue ball shift knob. No silly gadgets to distract the driver from the job of keeping all this power in between the ditches. The owner claims that this was a six figure build. At the time of this article being written the car is being auctioned off on Bring a Trailer with less than a day to bid. The current bid at the time of this article is $38,750.