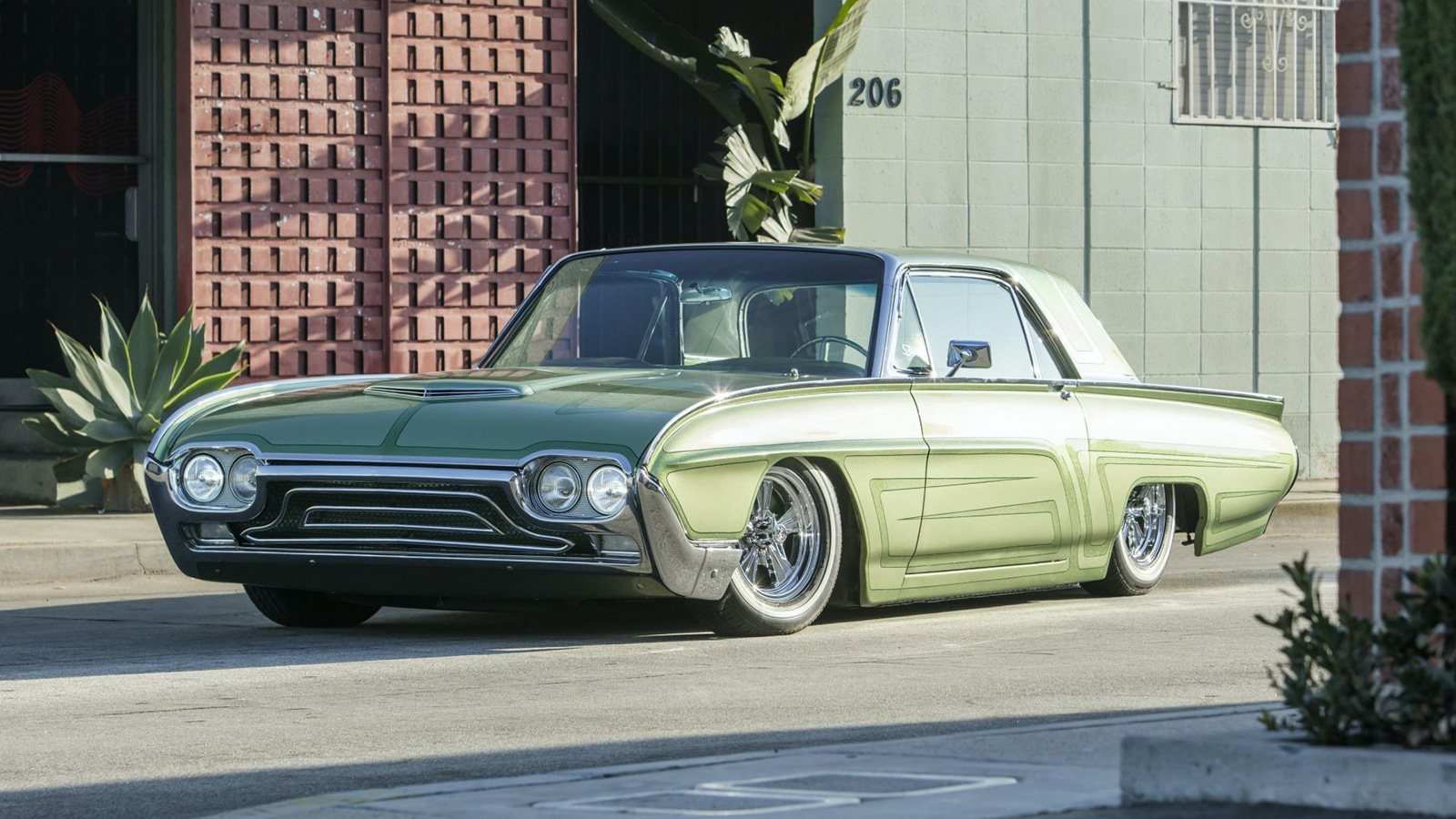 You have to be very young to have never heard of the Ford Thunderbird. People who have no particular interest in cars can remember hearing or know that a Ford Thunderbird is a kind of sports car. Why? Because the Thunderbird nameplate has been around since 1955, with 11 generations under its family name. It started as a direct competitor to the Chevrolet Corvette but quickly evolved into a softer, bigger, personal luxury sports car by the late 1950s. In 1961, Ford debuted the third generation of the Thunderbird with an all-new design. The third generation lasted from 1961 to 1963. These are known amongst car-enthusiasts as the “Bullet Birds” due to their space-race era sleek design.

One of the easiest ways to spot a ’63 T-bird is by its set of chrome hash marks on the car’s profile unique to that model year. The standard engine for the third-gen Thunderbird was the 6.4-liter 390 V8 matched to a three-speed Cruise-O Matic transmission, good for 300 horsepower in the early 1960s. The same engine still powers this custom 1963 Ford Thunderbird showcased on Stratas Auctions last month. The car did not meet its reverse price and went unsold but the four years of labor involved in transforming this Mad Men two-seater into a boulevard king is worth mentioning.

This car has spent its entire life in California. The restoration was completed by Starlite Rod and Kustom, based in Harbor City, California, a car repair shop specializing in building bespoke vehicles. The seller purchased the car from the second owner who had it since 1965. In total, the modifications done to this T-bird took four years, with nearly every component on the car except for the engine and frame requiring custom work. The most obvious change is the eye-catching Kiwi Green exterior paint used as a backdrop for dark green Freeway Scallops detailed in metal flake and fine brush lines. It sits low thanks to a full air-ride suspension with adjustable ride height depending on the mood or speed bump. The matching custom dark green interior was done by Chuy’s Auto Interior based in Carson, California. The seats also feature metal flaking and Kiwi green hints. Whitewall tires complete the low rider look for this 1963 Ford Thunderbird. Even though the car did not sell, it is still worth looking at a well-done, flawless paint job on a 60s automotive icon.