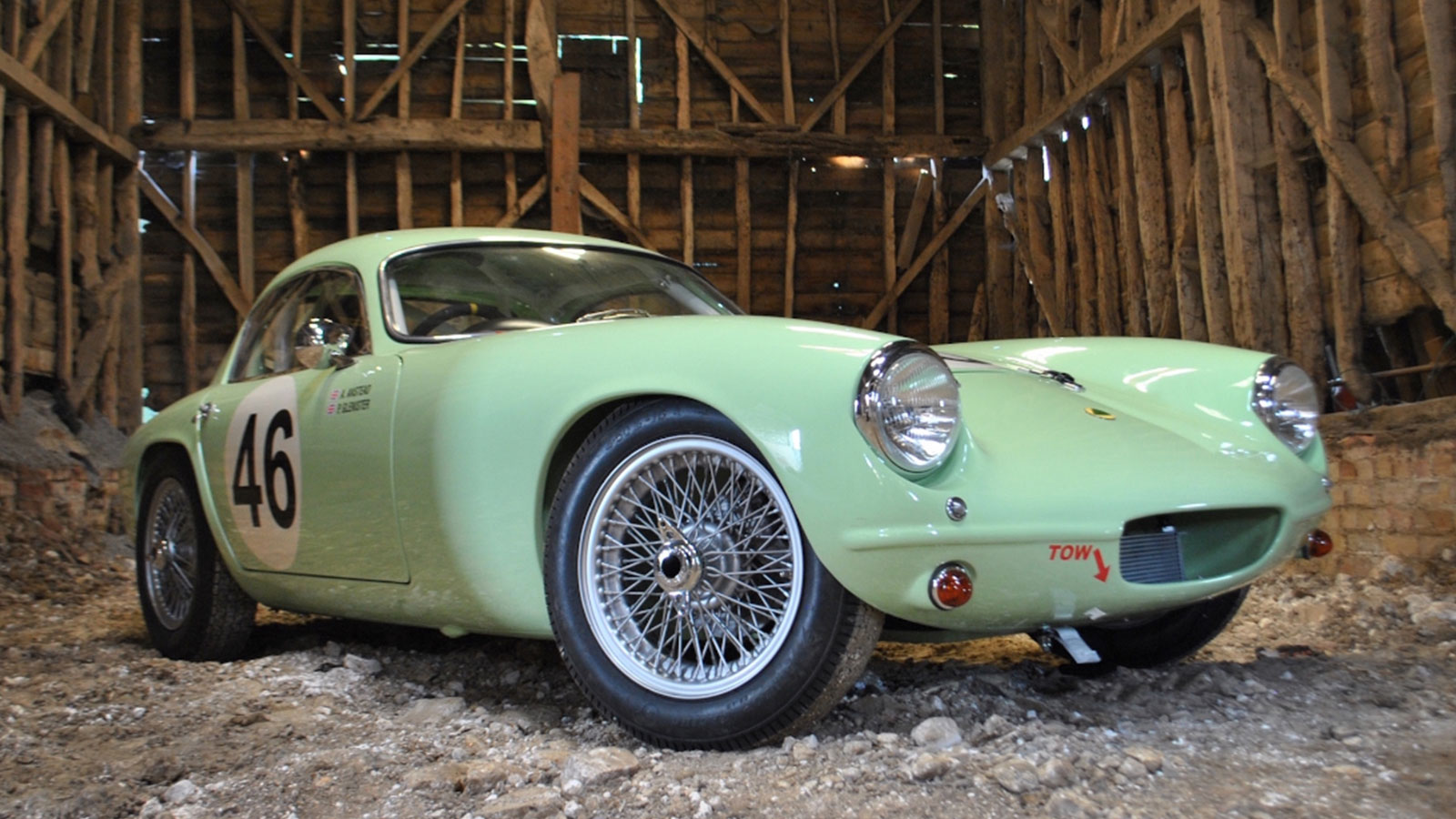 Here is a chance to bid on a beautifully restored example of British sports car history, the first production 1958 Lotus Elite. Lotus number 1009 was the first car produced after Lotus built eight prototypes. This is a significant vehicle in Lotus’ history with a resume in motorsports. The Elite’s first owner was a close friend of Lotus founder Colin Chapman, jazz music legend Chris Barber who used the car to race for five seasons in the United Kingdom and continental Europe. Racing credits on this Elite’s resume include breaking a class lap record at Spa with Sir John Whitmore sitting in the driver’s seat.

As with most retired race cars, there comes a time when they are parked and often forgotten. In 2016, the Lotus Elite 1009 was pulled off the road and not seen for decades until it was given a full nut-and-bolt restoration in 2016. TV-car show host Ant Anstead restored the car as part of a special televised episode of “For the Love of Cars.”  After the restoration, the car sold for $152,744, and now it’s time for the keys to exchange hands once more. Silverstone Auctions is tasked with selling Louts number 9. The auction is scheduled for July 31 and August 1 and will be simulcast online.