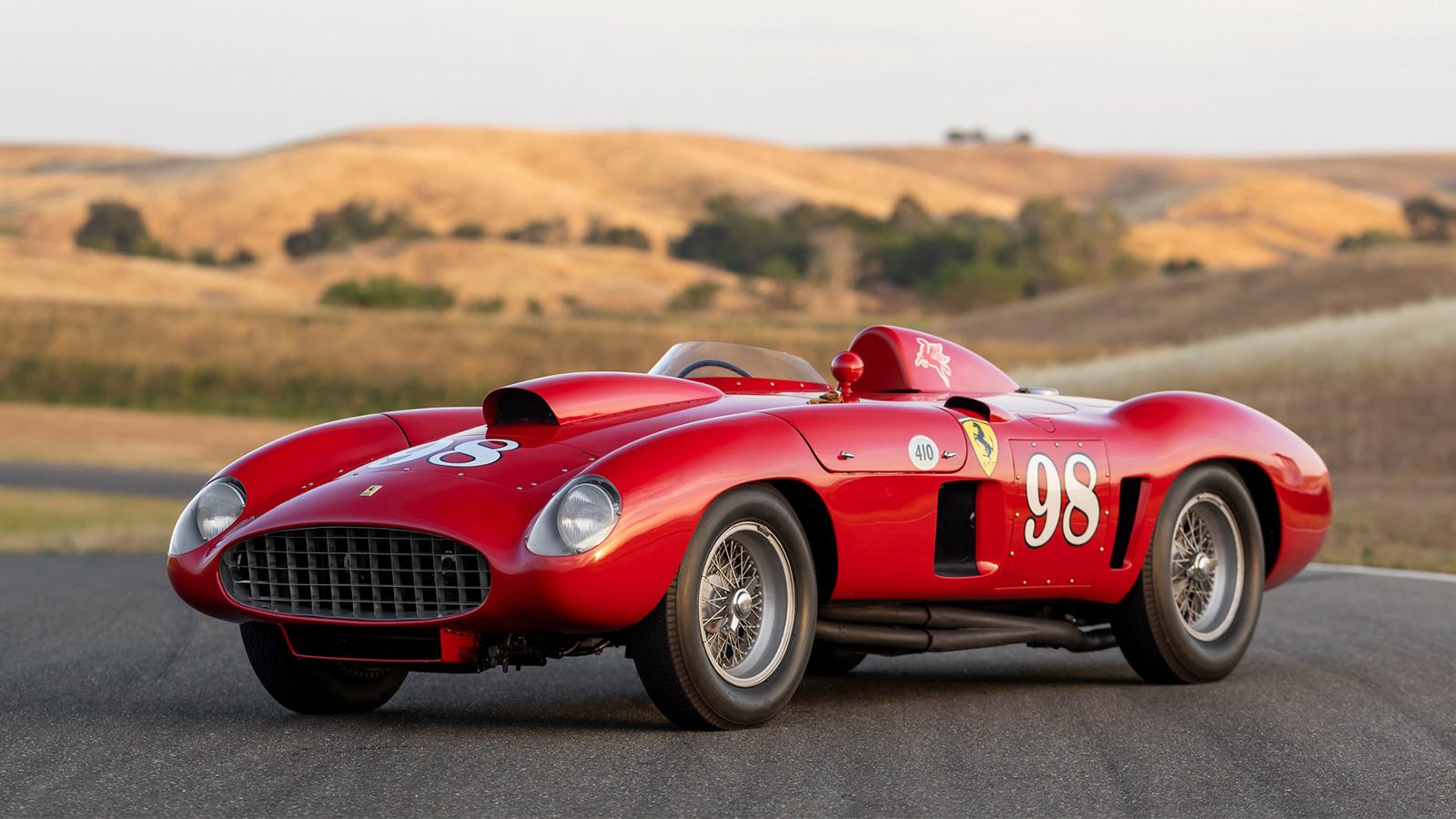 RM Sotheby’s is preparing to auction a rare Ferrari race car with an impressive past. The vehicle in question is a 1955 Ferrari 410 Sport Spider, the result of Enzo Ferrari’s dream of winning the FIA World Sportscar Championship. Purpose-built by Scaglietti to handle circuits and the grueling endurance of Mexico’s five-day Carrera Panamericana rally.

This Ferrari 410 Sport Spider, chassis number 0598, is one of only two cars fitted with a “big block” 4.9-liter Lampredi V12 engine. More significantly, the greatest drivers of the era sat in the driver’s seat. Drivers like Juan Manuel Fangio, Phil Holl, Masten Gregory, and Carroll Shelby. Original details on the car include an inscription on the gas tank by Carroll Shelby that reads, “Mr. Ferrari told me that this was the best Ferrari ever built.” Before Shelby became synonymous with Ford, he was a race car driver. Shelby won eight races and finished on the podium in 10 other races with the 1955 Ferrari 410 Sport Spider.

The car’s V12 engine features twin-plug ignition per cylinder, quadruple distributors, and a coil ignition system. As a result, the large displacement Ferrari V12 produces 400 hp. Oddly enough, the Carrera Panamericana rally was canceled before the Ferrari 410 Sports Spider could compete. Its racing career started in 1956, followed by a brief retirement in 1960 through 1963 before retiring again. In 1980, the Ferrari 410 Sports Spider underwent a complete restoration. Since then, the car has passed through several hands, and in August, RM Sotheby’s will pass it on to another. The new owner will also receive two trophies won by Carroll Shelby driving 0598 CM and the original 1957 Nassau racing license plate included with the car.

For another Ferrari headed to auction, check out the White 2003 Ferrari Enzo. 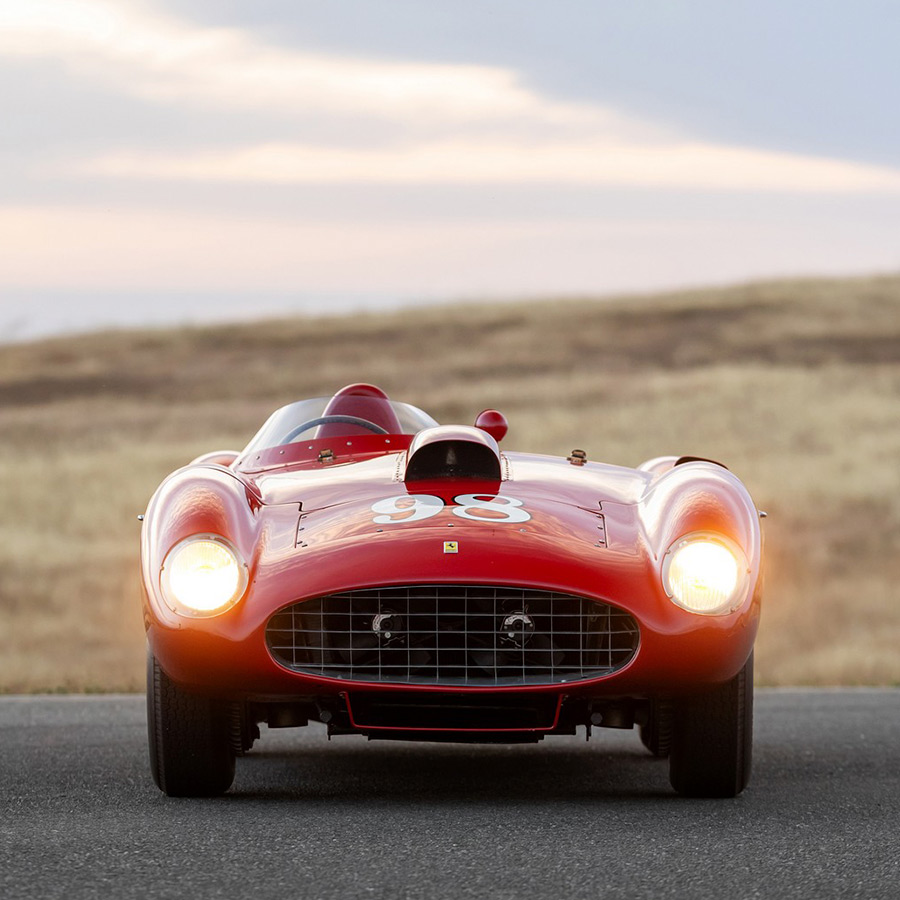