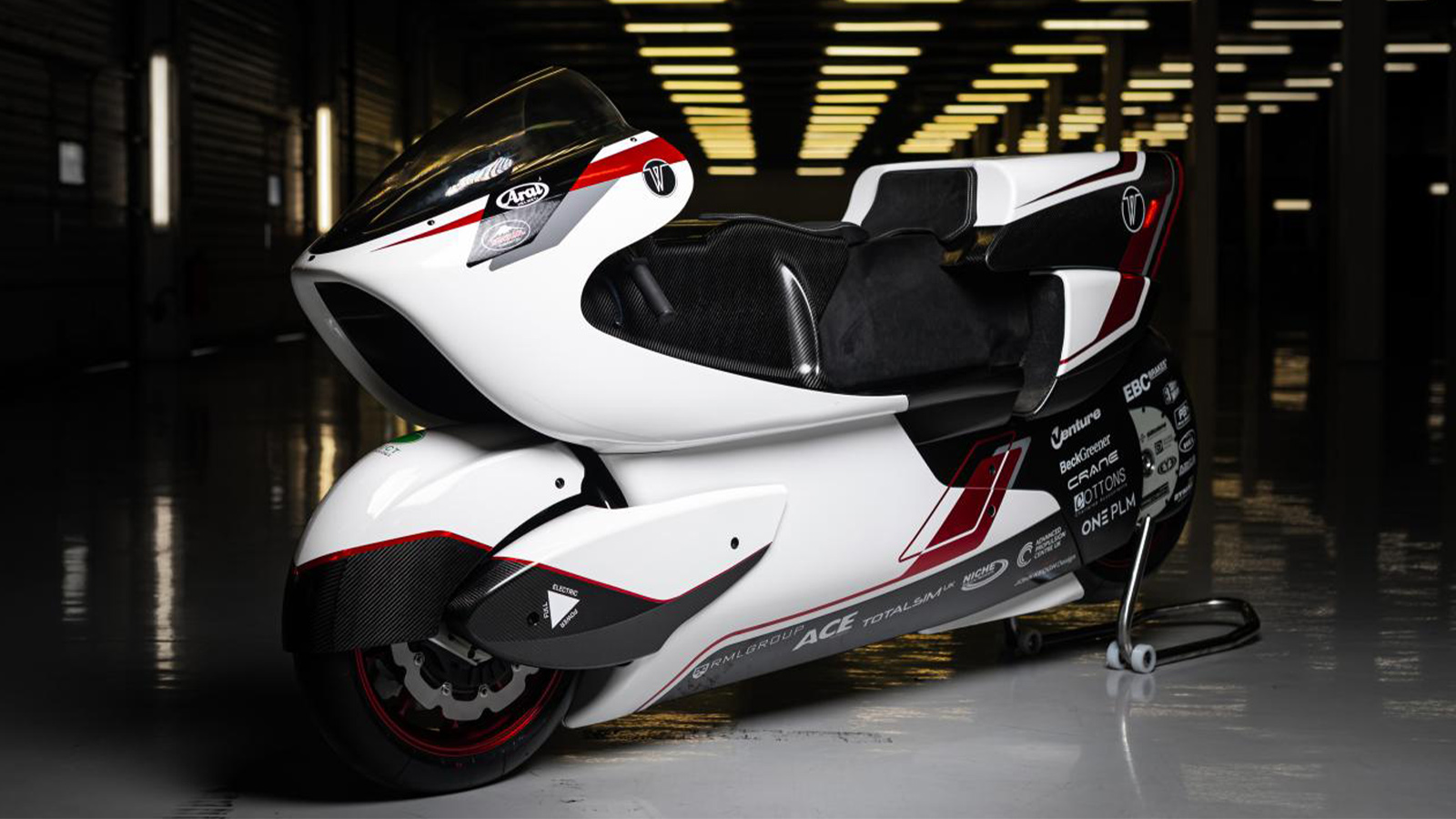 A big splash is the only way to get noticed in a large pool. That is the logic behind electric motorcycle startup White Motorcycle Concepts. Its intro into the growing electric motorcycle market is the WMC250EV, and they plan on making a big splash via breaking speed records. The White Motorcycle Concepts WMC250EV makes a memorable impression standing still thanks to its key design feature called “V-Air.” Staring down the nose of the e-motorcycle, you’ll see – nothing. The bike’s center is essentially a wind tunnel, allowing air to travel through the vehicle rather than around it. According to White Motorcycle Concepts, this radical design reduces air drag by 70 percent — a valuable quality to have when you’re traveling at 250 mph, as the WMC250EV aims to achieve.

The bike’s power source is a quad-motor 15-kW Lithium-ion battery positioned at the bottom of the motorcycle. The only logical location to place the powertrain was at the bottom, which has the added benefit of lowering its center of gravity. The motorcycle’s four electric motors divide up the workload between the two wheels making this a two-wheel-drive motorcycle. Two 30-kW units power the rear wheel, and two 20-kW motors are in charge of the front. In total, the WMC250EV is producing 134-horsepower. Construction is lightweight using carbon fiber and aluminum, bringing the bike’s total weight to 660 pounds.

For info on another eye-catching bike, check out the Ducati Diavel 1260 S Black and Steel.