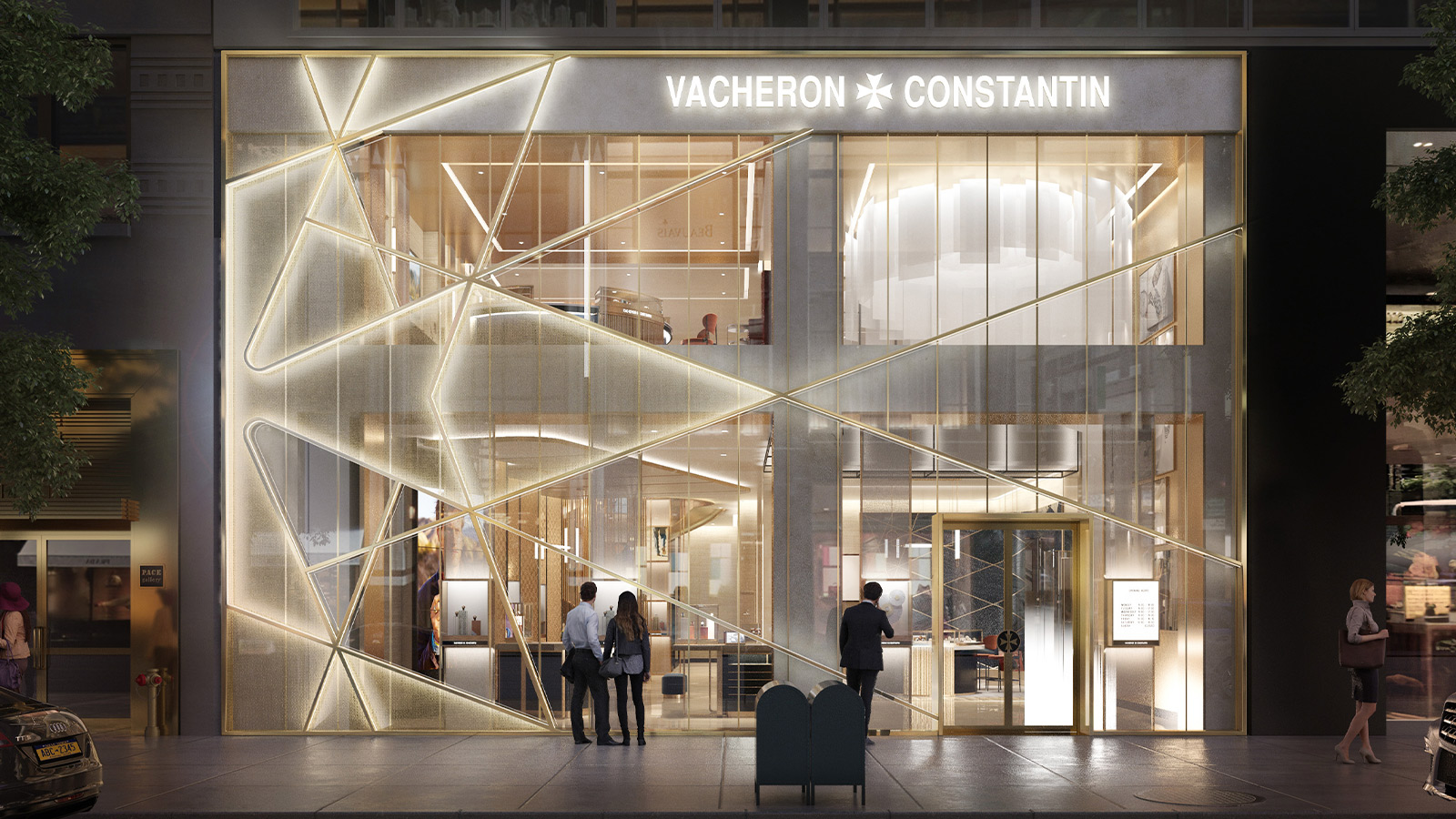 Vacheron Constantin has just opened its New York City flagship boutique on East 57th Street in the heart of the city. Consisting of two stories and 4,500 square feet, the new boutique pays tribute to the Maison’s deep roots in the United States and commitment to outstanding client service. It also carries a deep symbolism for Vacheron Constantin since its founder, Jacques Barthélémi Vacheron, wrote a letter in 1831 stating his intention to expand his business to the United States. Just a year later, the brand established its first agent in New York and has had a presence in the U.S. ever since.

The new store offers an immersive and interactive experience, welcoming even non-watch aficionados. According to the newly appointed incoming president of Vacheron Constantin Americas, Alexander Schmiedt, the boutique is like walking a microcosm of the venerable brand’s Geneva manufacture. “It is so much more than a boutique. It has all the elements that enable it to be an extension of the 265-year-old brand. You can spend an entire day exploring the store, with its visual archives, its art installations, a selection of vintage pieces, and watchmakers on display,” says Schmiedt.

The experience actually begins outside, with an interactive motion-activated window display that was inspired by famous New York artist Chris Burden and his Metropolis II sculpture. Taking design inspiration from that tiny yet elaborate Metropolis city with moving cars that Burden created, Vacheron Constantin worked with the Burden Estate to build an entire cut-out city in the atrium of its store, with some buildings towering eight feet tall. The city has a track system and bronze/gold colored cars that move when someone gets close to them.

For the opening of the flagship, Vacheron Constantin worked with the Swiss Federal Institute of Technology (EPFL) in Lausanne, Switzerland, to develop the “Chronogram” – a creative tool that uses state-of-the-art technology to digitize and display the brand’s rich archives. There is an entire section of the boutique that will carry a selection of vintage Vacheron Constantin watches, and that selection will rotate. The first selection, entitled “Classic with a twist” consists of watches from the past couple of centuries that boast interesting case shapes.

The flagship also acts as the first stop on a world tour for the new cushion-shaped American 1921 watch. This one-of-a-kind timepiece is a recreation of the first one built for the American market in 1921. The unique piece is exceptional in that the entire watch was predominantly made using period-specific components found in the brand’s workshops. Vacheron Constantin wants the new flagship store to be a place for people to “come and experience fine timepieces by Vacheron Constantin and if they fall in love and buy one, we are very happy, but our boutiques are about experiencing the brand instead of making the commercial aspect the focal point.”