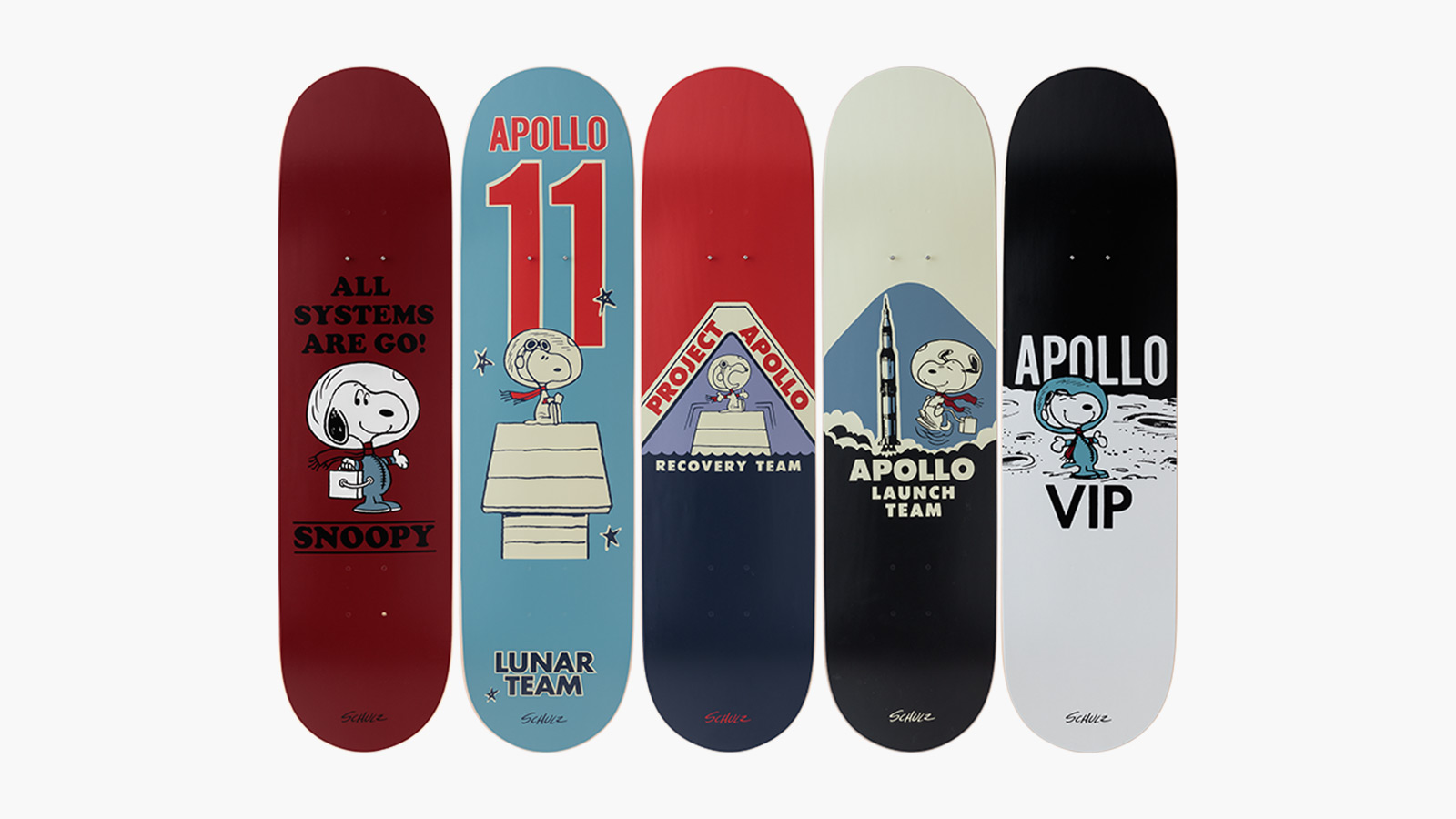 When it comes to the most famous comic strip characters ever created, the Peanuts gang is right up there on the list. Despite the passing of creator Charles M. Schulz years ago, the comic is still in publication in newspapers around the world. With Charlie Brown, Snoopy, Lucy, and the gang, these are characters that remain close to the hearts of cartoon lovers everywhere.

It’s perhaps no surprise that NASA has been using the beloved Astrobeagle as its mascot. Now, Snoopy is back and looking to celebrate the 50th anniversary of the Apollo 11 moon landing. The Skateroom has released the Skateroom Peanuts ‘Apollo’ Collection with a series of five (six, if you count the metallic variant) different skateboards, each of which feature promotional graphics used during the original landing and throughout the marketing of the momentous event. You can pick up your own from The Skateroom for $165.