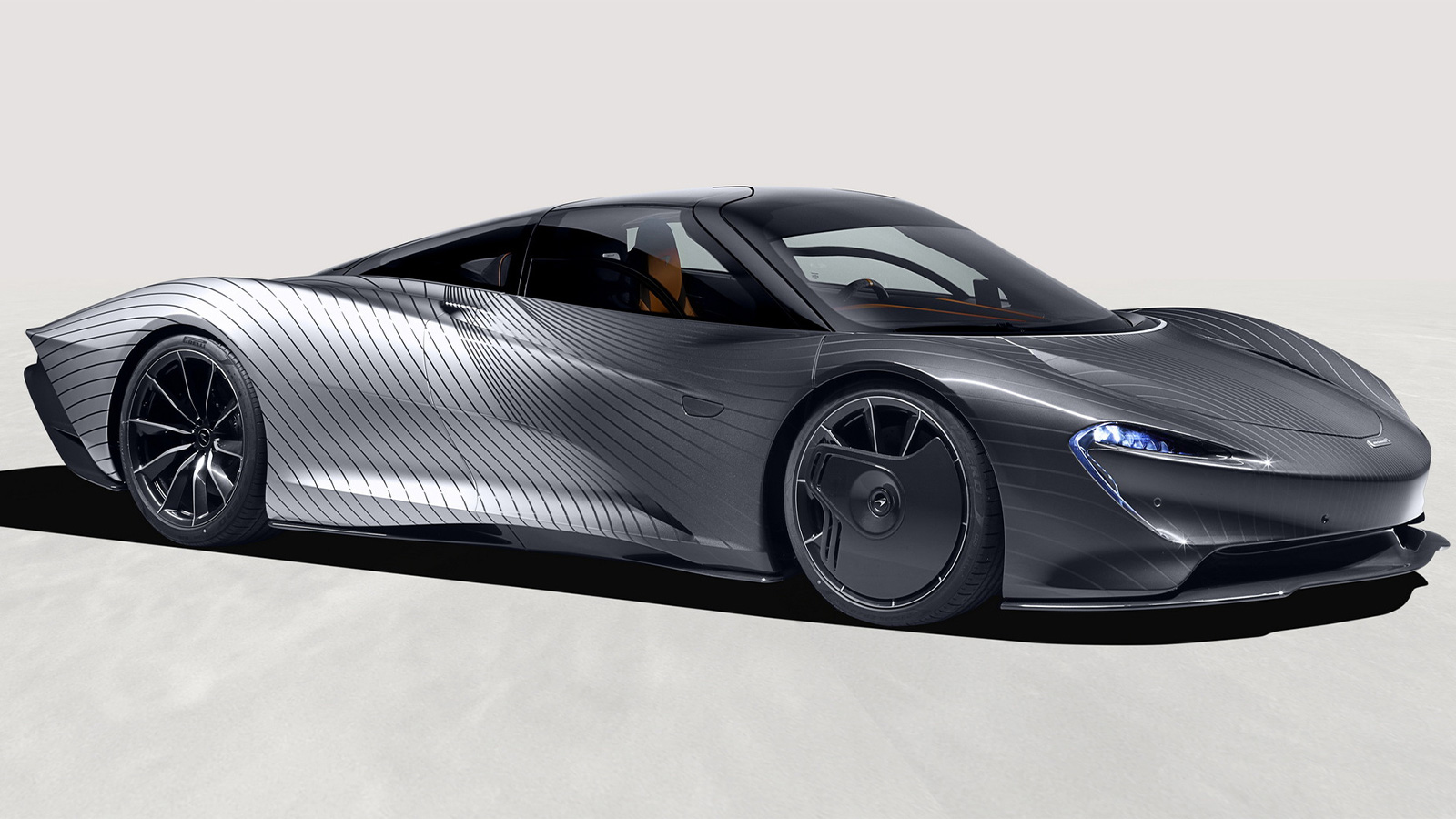 The McLaren Speedtail is the fastest current hypercar in the manufacturer’s history. It boasts a top speed of 250 mph and will sprint from zero to 120 mph in less than seven seconds. The Speedtail’s 2020 production run is coming to an end, and one of the last examples was debuted publicly at the Sunset GT Luxury Cars and Coffee event this past weekend in Beverly Hills, CA. This particular 2020 McLaren Speedtail wears a factory custom paint job — a special order by the owner — that is a tribute to the test mule vehicle that wore it first.

When McLaren was developing and testing the Speedtail on public roads, it needed to be wrapped in a special livery. Never one to do things subtly, McLaren decided the Speedtail test mule needed a striped pattern exterior wrap that flattered the Speedtail’s aerodynamic bodywork. The livery was named Albert in honor of Albert Drive, where the original 1992 McLaren F1 was developed.

This livery became so popular that the owner requested it on their own McLaren Speedtail. However, this production vehicle is not wearing a wrap; the complex pattern is actually painted. According to McLaren, the Albert paint job required 1.2-miles of masking tape and two specialists to mask the car’s exterior, with the entire process taking 12 weeks to complete.

The actual colors of the livery are Ueno Grey and Magnesium Silver. The McLaren Speedtail Albert’s colors represent liveries worn by the 24 Hours of Le Mans-winning McLaren F1 GTR and the F1, which won the 1992 Monaco Grand Prix. Of course, it goes without saying to everyone who sees this car in person – don’t touch the paint. 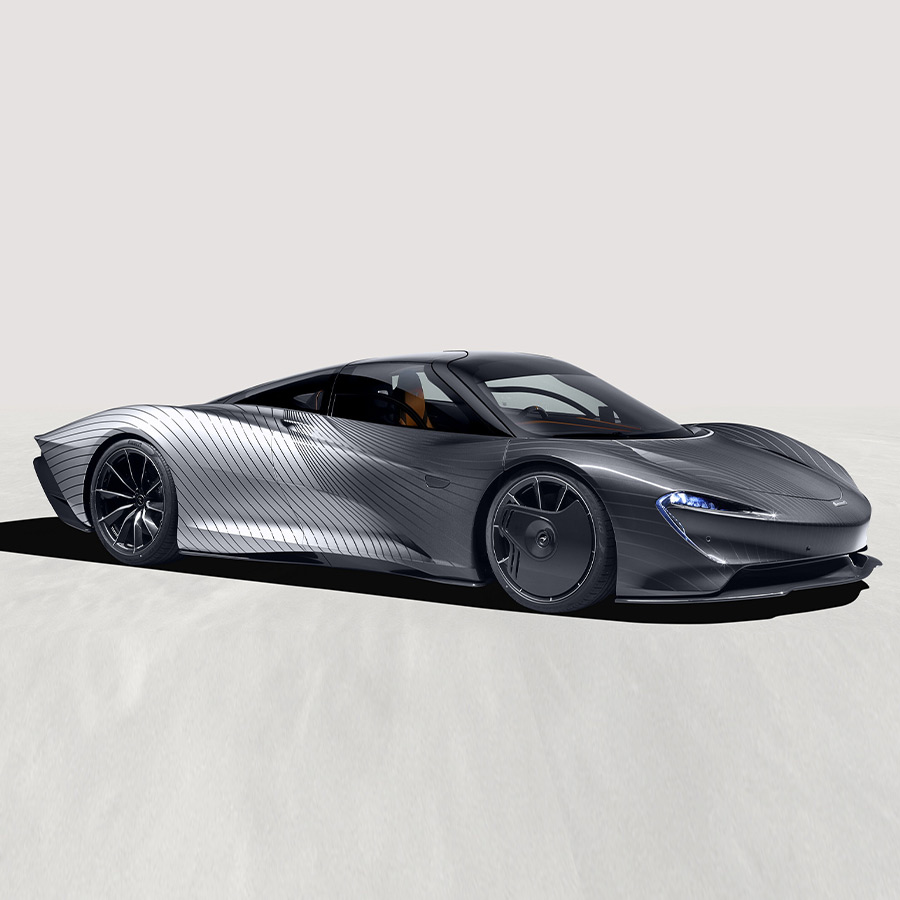