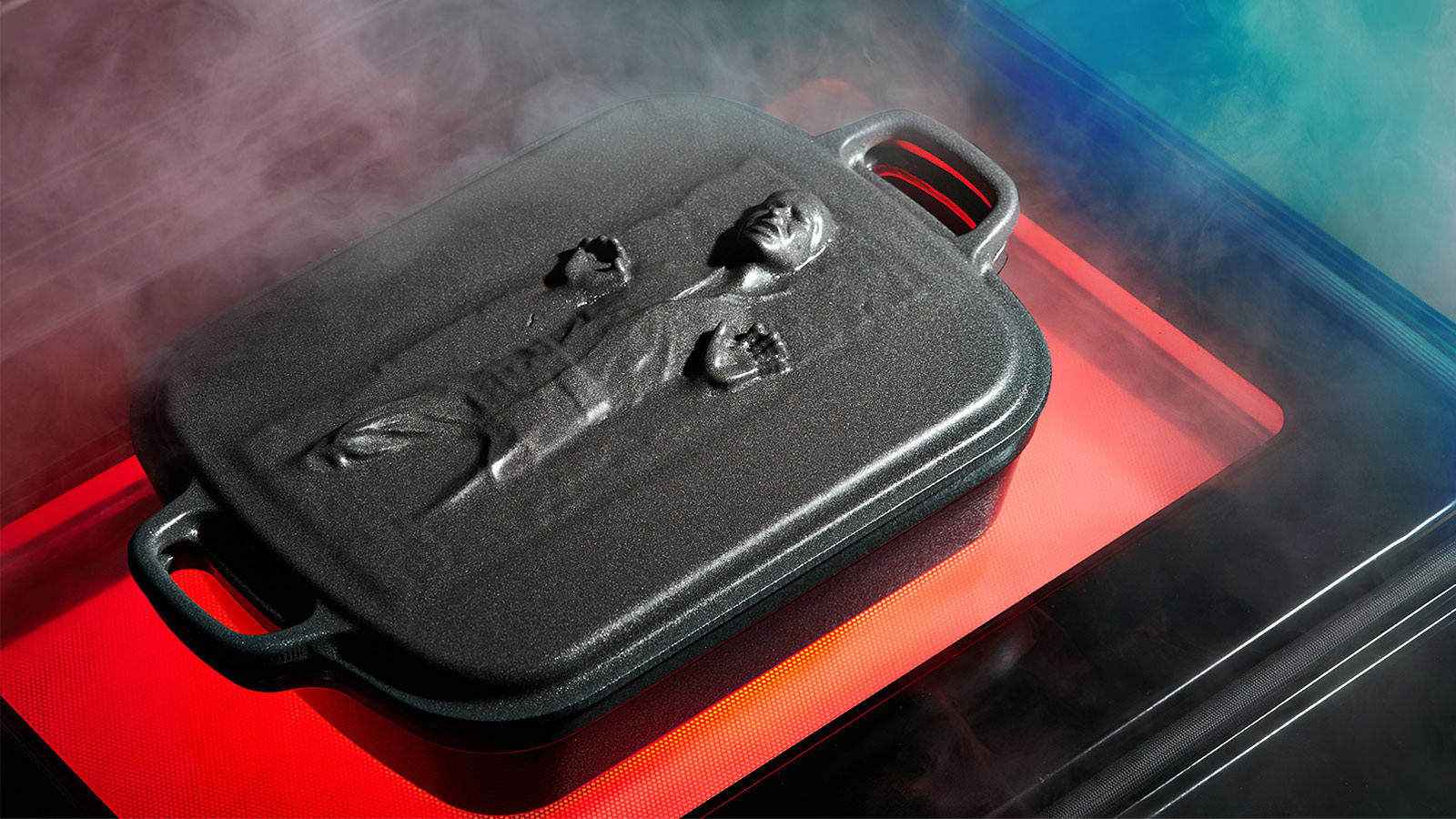 With the conclusion of the Skywalker saga coming this December, now is the time to celebrate one of the most important movie franchises in the history of cinema. Star Wars has remained in popular culture since its initial release in 1977 and while it is no stranger to memorabilia, Le Creuset is releasing a special edition line of cookware with the Star Wars x Le Creuset Collection.

The Star Wars x Le Creuset Collection takes design hints from some of the most well-known moments and characters in Star Wars. This includes a signature roaster with the Han Solo carbonite impression in the lid, as well as a dutch oven with Darth Vader’s helmet in the lid. You can even purchase a mini cocotte with the color scheme and design elements of R2-D2, C-3PO, or from the new trilogy, BB-8. There are even trivets shaped like the Millennium Falcon and the Death Star.