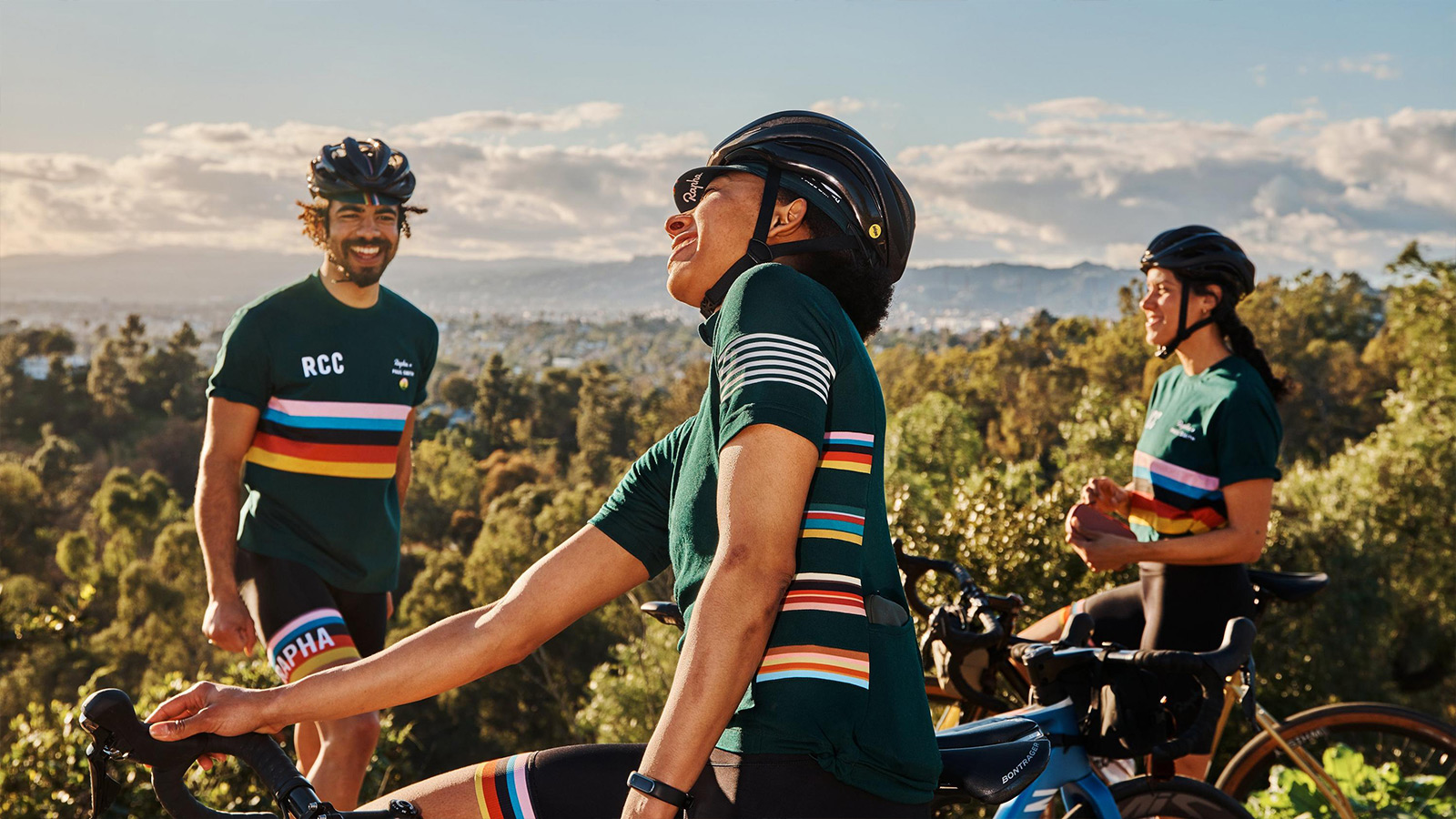 There have been Rapha x Paul Smith collaborations in the past, but this time it’s the exclusive Rapha Cycling Club that’s getting the Artist Stripe treatment. The RCC x Paul Smith collection was conceived as the answer to the hypothetical question, “what if Paul Smith, a long-time racing fan, sponsored a cycling team in the 1960s?”

This limited-quantity collection blends the classic British racing green with Smith’s signature stripes. Those design aesthetics have been applied to Rapha’s recognizable kit to create clothing befitting a 1960s cycling squad. One piece was even inspired by a team-issued shirt that was worn by mechanics and soigneurs.