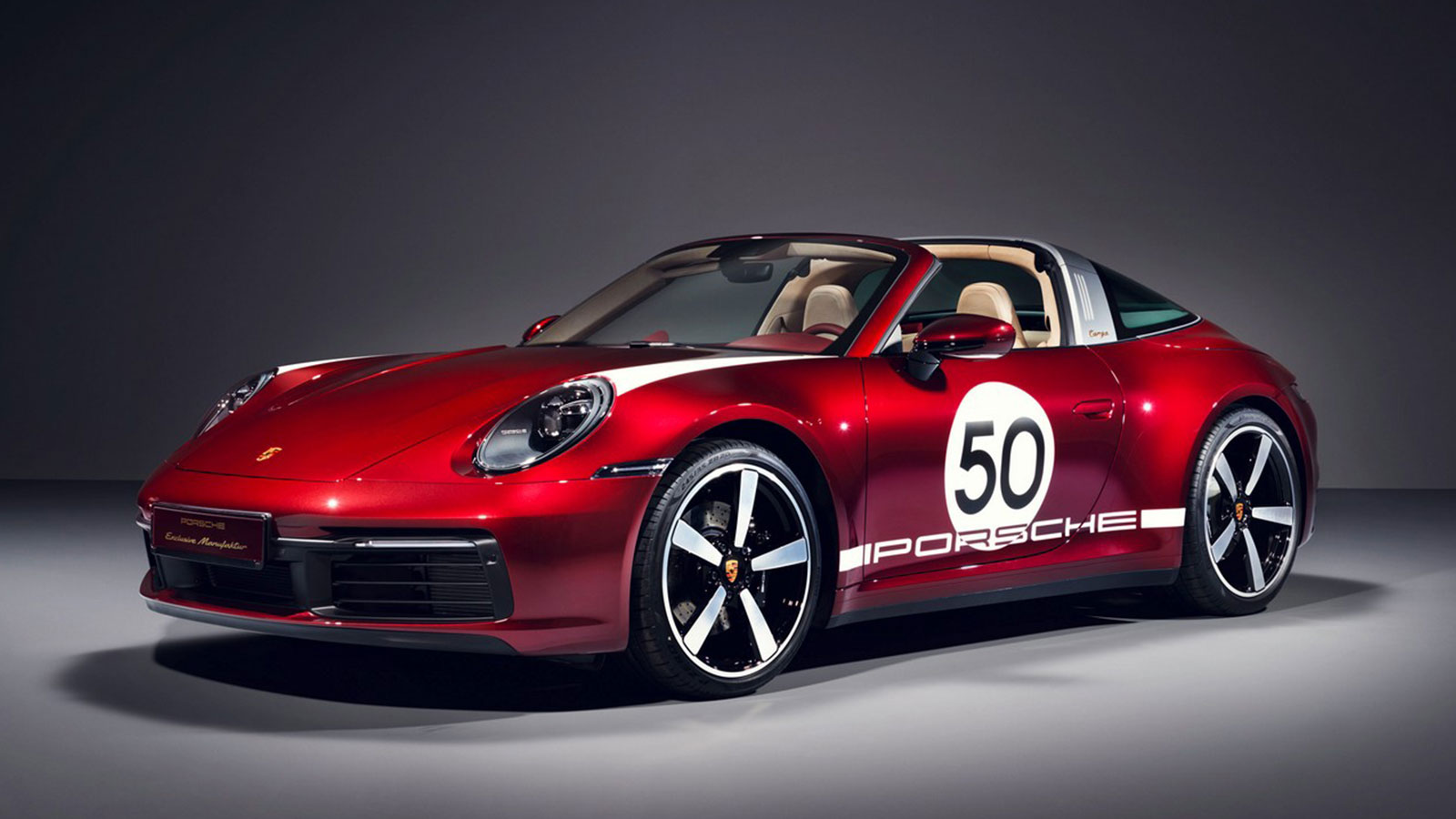 Porsche has introduced a new special edition version of their 911 Targa 4S. The Porsche 911 Targa 4S Heritage Design is a special edition 911 Targa 4S that serves as a 180 mile per hour tribute to Porsches of the 1950s and 60s. It is designed to channel the style of the past while using technology of the future. The 911 Targa 4S Heritage comes dressed in an exclusive Cherry Metallic finish with white retro-inspired accents and gold painted logos for a tasteful contrast. The car will wear a 1963 era Porsche crest on the front bumper, steering wheel, key fob and head rests. The Carrera exclusive Heritage Design wheels will also feature the crest and black painted brake calipers.

The interior is two-tone with corduroy seats and door panels as a throwback to the Porsche 356 and the style of the 1950s.  The engine is a twin-turbo 3.0-liter six cylinder producing 443 horsepower and 390 pound feet of torque. Matched with an eight speed automatic that will allow this Targa 4S to hit 60 in 3.4 seconds and a top speed of 188 miles per hour. This is a Heritage model so Porsche offers it with a more traditional seven speed manual transmission as well. Only 992 units will be produced and are set to arrive at Porsche dealerships in America by the end of this year.