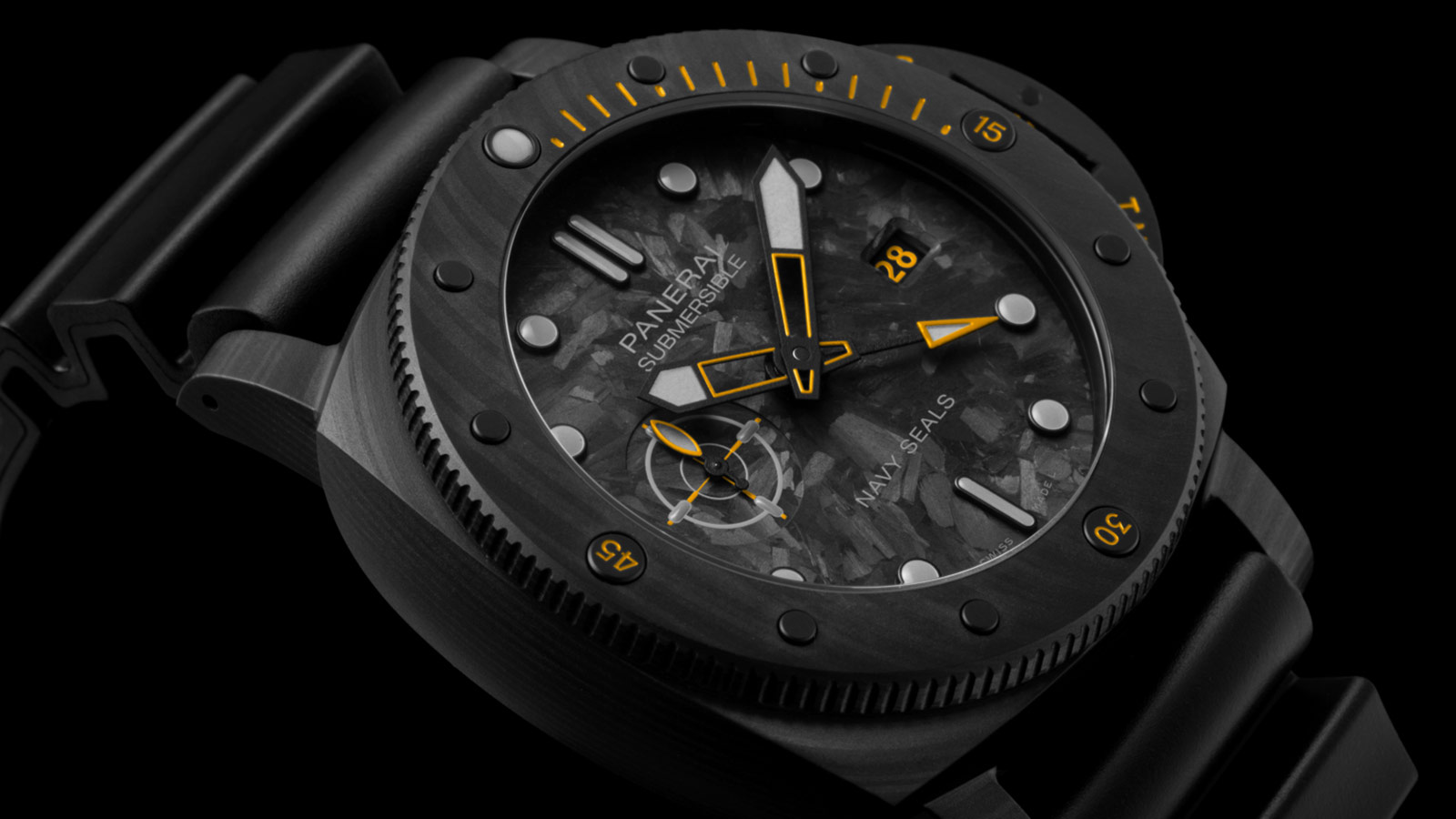 Fans of Panerai know the watchmaker never misses a chance to go big. When it comes to partnerships befitting Panerai’s military background, it doesn’t get much bigger than the Navy SEALs. So, for the Submersible GMT Carbotech Navy SEALs Limited Edition, the Italian horologists went all-in.

That detail starts with the case. Like the SEALs, it’s made of some of the toughest stuff on Earth. Each case is cut as a single piece from a block of Carbotech and features a titanium caseback. The forged carbon fiber dial has the Navy SEALs emblazoned at the 6 o’clock position and provides a tasteful contrast to the golden yellow coloring of the hands, bezel, date, and crown of this 44mm diver – a hue pulled directly from the SEALs’ Golden Trident.

The small seconds hand resembles a crosshair. A fitting detail, as the watch is powered by a precise P.900 caliber automatic mechanical movement with a three-day power reserve. Panerai includes two straps with each watch: one is matte black, while the other is stitched and features a digital gray-and-black camouflage pattern worn by the SEALs. This submersible is rated to 300M depth – more than plenty for most wearers.

Horophiles looking to get their hands on this Panerai probably have a better chance of actually joining the SEALs. There are only 162 examples in circulation, a number chosen for its connection to 1962, the year JFK commissioned the SEALs. 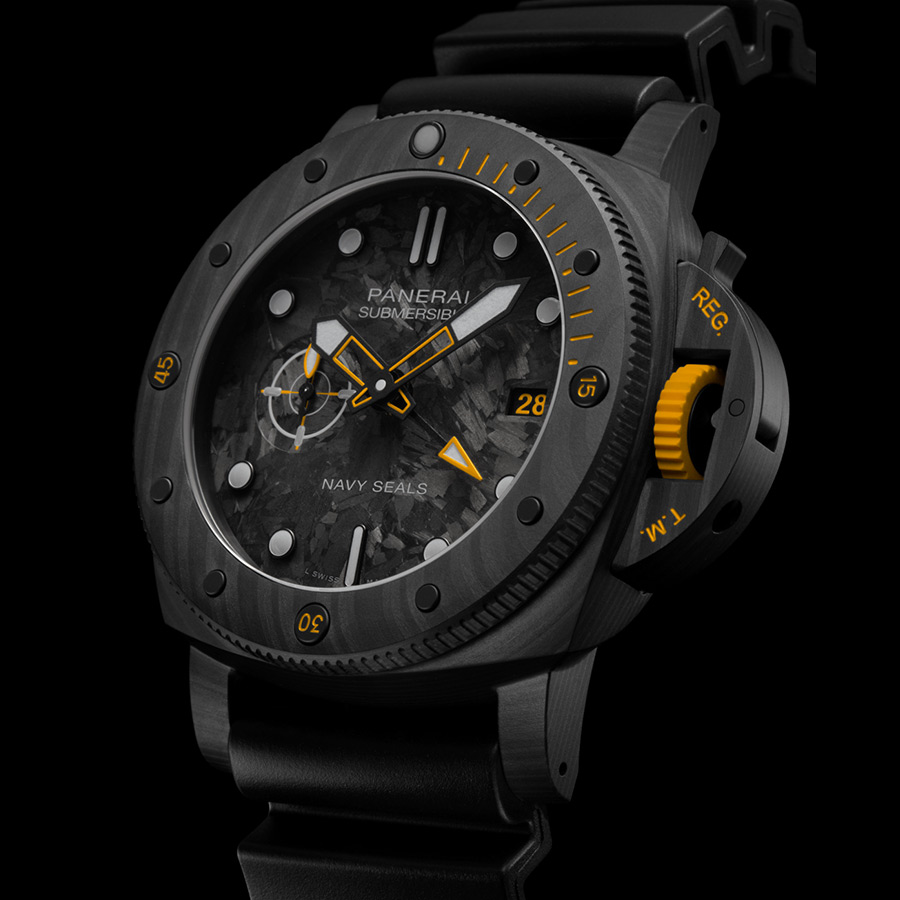