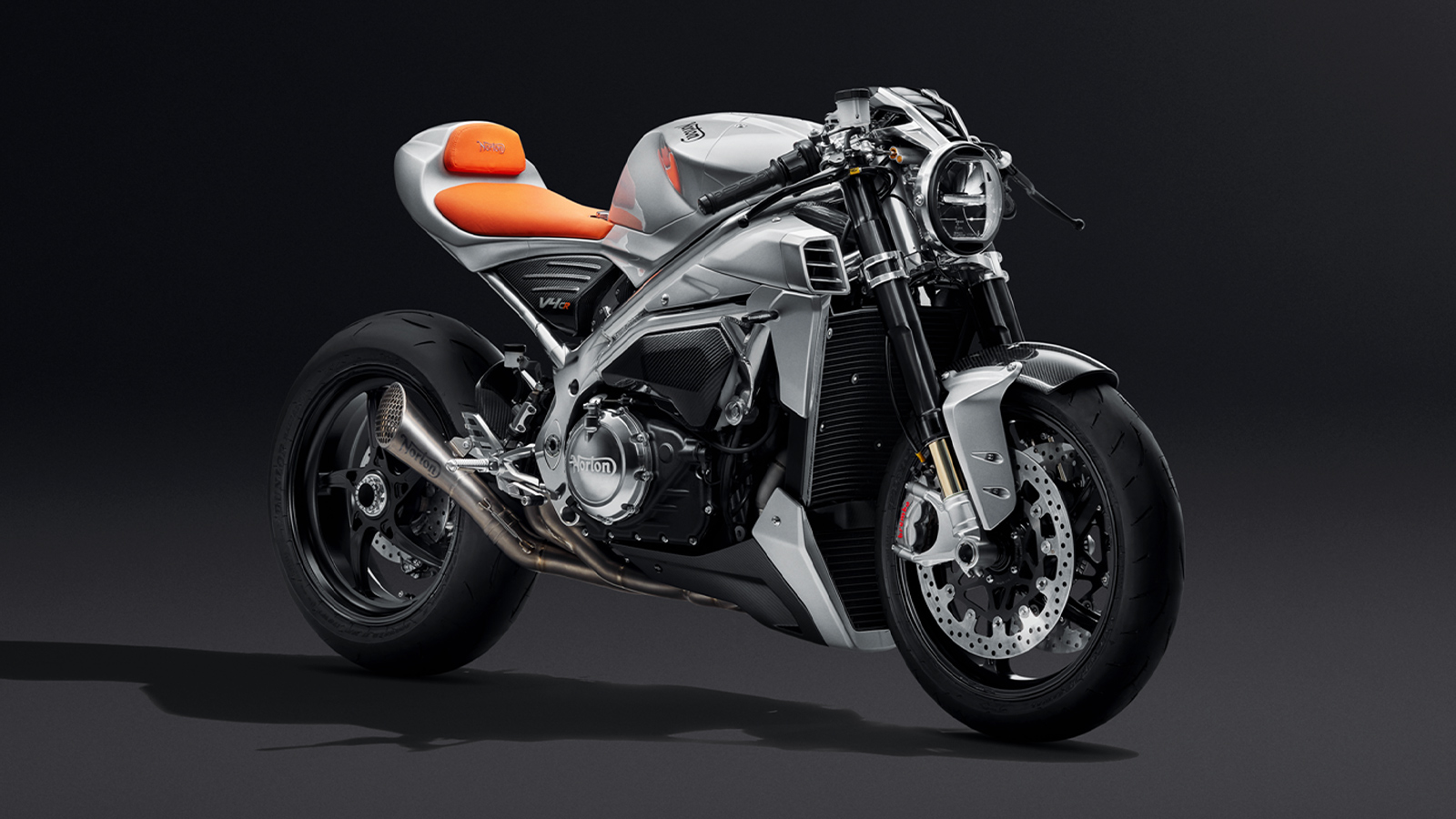 This past weekend at Motorcycle Live in Solihull, UK, Norton Motorcycles unveiled a new prototype called the V4CR, a Café Racer relative of the company’s V4SV superbike that was just introduced last month. The Norton V4CR prototype shares the same 1,200cc, 72-degree, liquid-cooled, V4 engine that the company uses in the V4SV. It is capable of producing 185 BHP at 12,500 rpm and a peak torque of 122 Nm at 9,000 rpm. As part of Norton’s development process, the V4 platform has been revised over the last 16 months by a team of the company’s 30 engineers who subjected it to tens of thousands of road and track miles. According to Norton Motorcycles’ CEO Dr. Robert Hentschel, “The prototype V4CR is the next step in Norton’s strategic growth plan on its journey to becoming the world leader in luxury hand-crafted motorcycles.”

The Norton V4CR prototype boasts a carbon-fiber fuel tank and body panels, polished billet aluminum swingarm, and chassis. This Café Racer also features a compact framework and a shorter rear frame, a rider-only saddle, and an oval-shaped headlight. It’s anticipated that once the bike is in production it will have premium performance parts like Brembo brakes, Ohlins suspension components, and a titanium exhaust. The Norton V4CR prototype will be available in Carbon and Manx Silver colorways. No date has been set for the V4CR to go into production, but we can only hope that it will ultimately make its way to our shores.