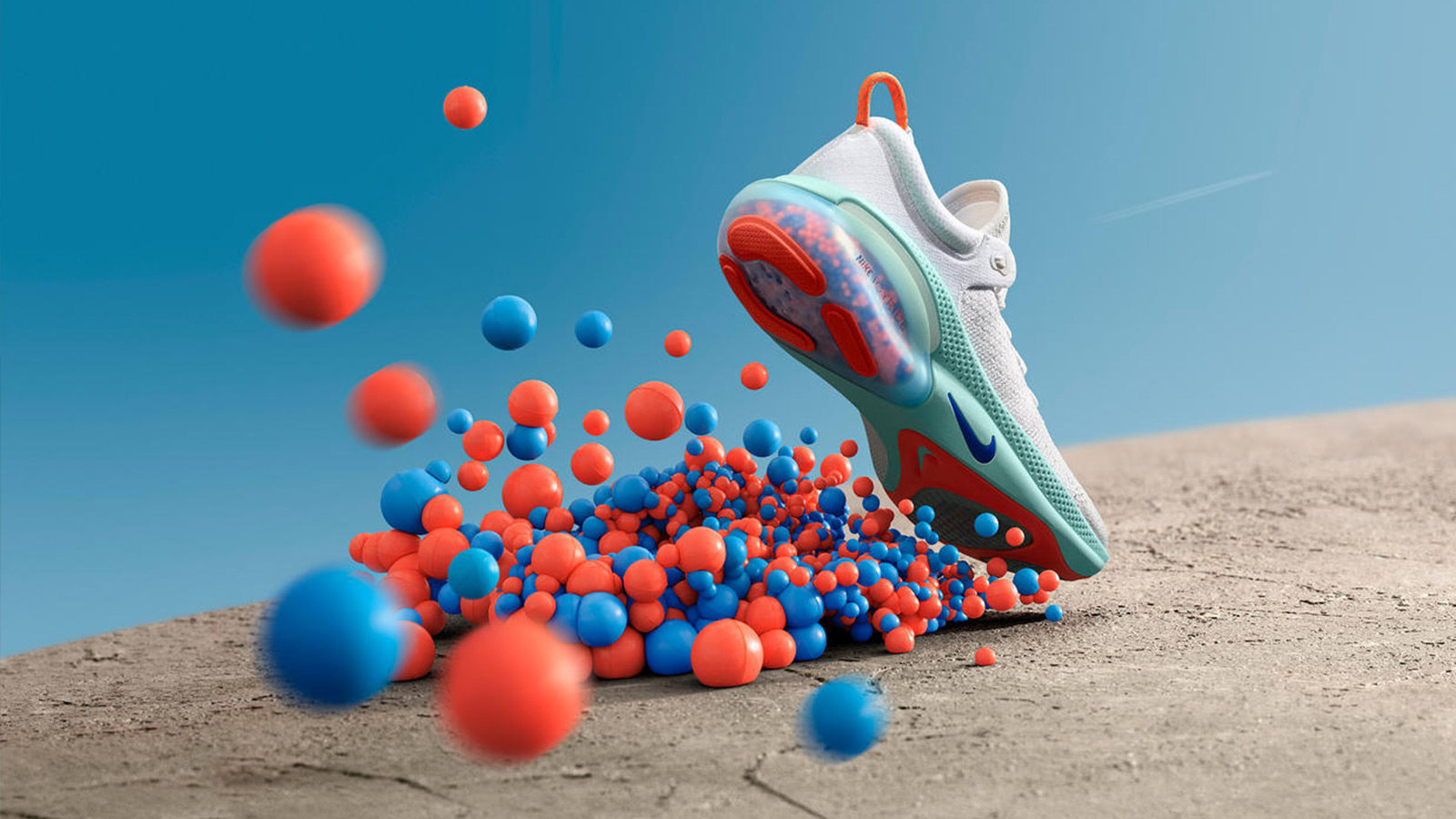 Any athletic footwear technology that promises to create the sensation of running on air has a lot to live up to. Setting a standard that high often leads to nothing short of disappointment. Yet, when that promise comes from a company that has reinvented the running shoe time and time again, there’s a good chance the promise meets that lofty standard.

A new innovation by a company whose name is synonymous with unrivaled athletic performance, the recently announced Nike Joyride Cushioning is the next step in a high-tech footwear revolution. Nike’s next generation of running shoes includes the hugely successful Nike Air and Nike React proprietary cushioning platforms. Like its predecessors, the Joyride has been engineered to absorb impact and return energy. Unlike models that came before it, the Joyride sets itself apart from both Air and React technologies in both structure and performance.

Joyride is comprised of thousands of tiny thermoplastic elastomer beads, which disperse within their containment pods to align with the unique pressure points upon impact following every stride. This means that the Joyride footbed forms to the particular contours of your foot with each step. This personalized experience caters to the unique weaknesses of each runner, eliminating the strain put on their feet and legs from being overworked or overcompensating for poor form. The adaptive cushioning means no terrain is too tough, making shin splints a thing of the past. The Nike Joyride Cushioning keeps runners  fresh after long training sessions to stay in top form once race day comes around. Nike members have the benefit of an advance release of the shoe on July 25, while others have to await its global release on August 15.