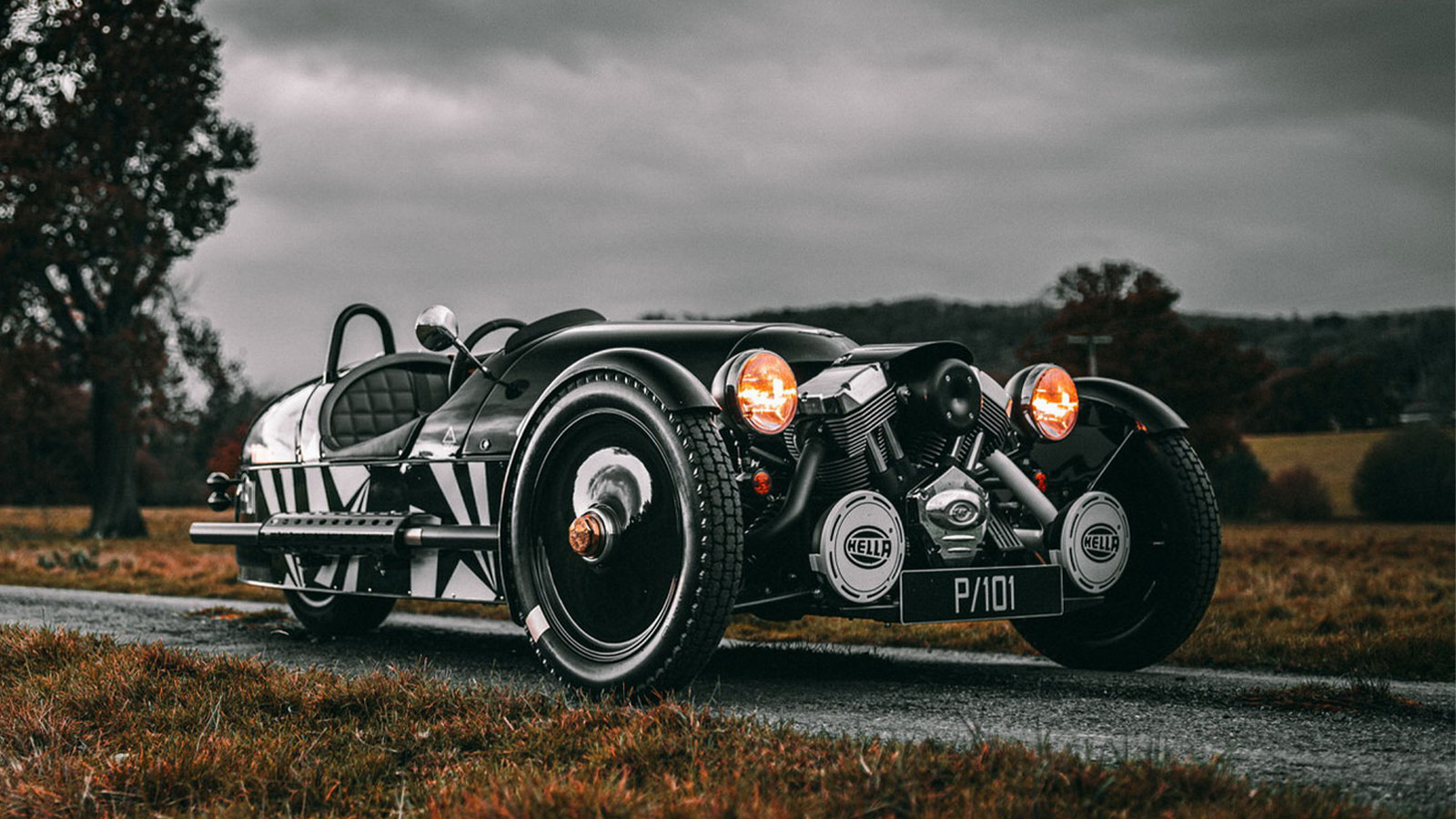 The year 2021 will be the last chapter in a decade-long saga for one of Morgan’s most popular production vehicles of all time. The Morgan 3 Wheeler is a car with more style and curb appeal than Tesla and Ferrari. Since its debut in 2011, the Morgan 3 Wheelers have arguably been among, if not the, most unique production vehicles on the market. With more than 2,500 units produced, Morgan has announced that 2021 will be the 3 Wheeler’s last production year.

All great cars deserve a proper send-off, a swan song edition. That’s why Morgan has released details of a limited edition 3 Wheeler called the P101. It stands for Project 101, paying tribute to the car’s internal codename when it was being developed. Only 33 Morgan 3 Wheeler P101s will be produced, available in Deep Black or Satin White Silver, with four different graphic art packages available. Characteristics that will make the P101 stand out in a crowd of 3 Wheelers include its single-leaf tonneau cover, streamlined aero-disc wheels painted to match the body, nine-inch Hella spot lamps in the front, and bespoke P101 decals.

It’s sad to see the 3 Wheeler go as the field of modern vehicles continues to slowly blur into a fog of crossover SUVs and angry headlight sedans. But, that means suddenly seeing a Morgan 3 Wheeler parked on the street on a random afternoon will be an event worthy of an Instagram post.