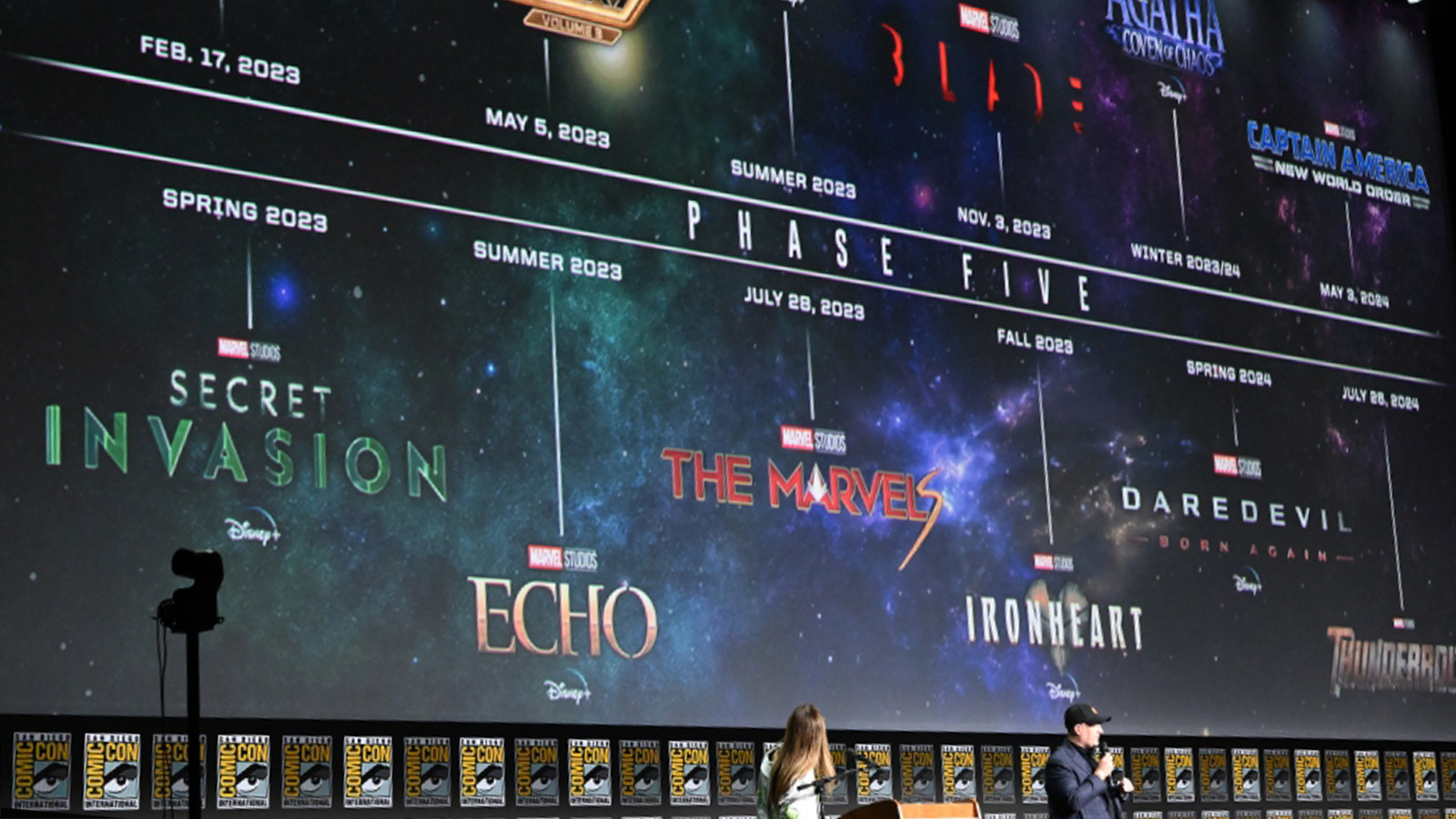 Marvel Studios president Kevin Feige joined thousands of fans at San Diego Comic-Con this past weekend to reveal the next two years of the Marvel Cinematic Universe debuts, deemed “MCU Phase 5” and it’s beyond epic with ten films coming to theatres, four Disney+ series premieres, and the second season of the Disney+ show Loki.

The announcement included guest appearances by assorted cast and crew members from throughout the MCU family and fans went crazy.

Feige also shared films from MCU Phase 6, including Fantastic Four and Avengers: The Kang Dynasty, and is scheduled to conclude in late 2025 with Avengers: Secret Wars, which he said will cap off the multiverse saga of the MCU.

Among the most exciting highlight of the reveal was the release of the new Black Panther 2: Wakanda Forever trailer.