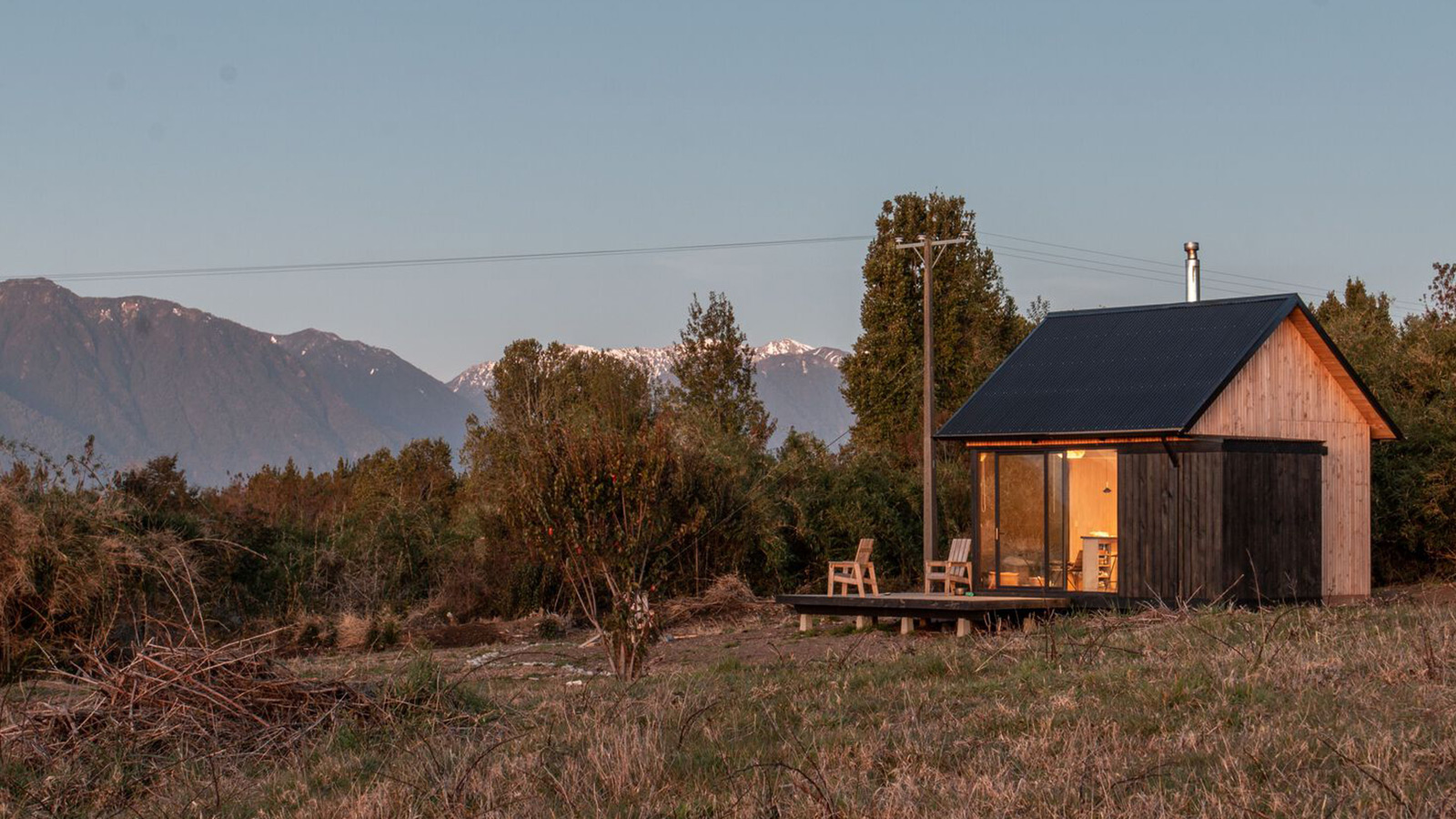 Since the beginning of the century, we’ve seen a marked interest in and adoption of the tiny home. Some who choose to go this route, it is motivated by the idea of simplicity – a lack of stuff leads to a sense of clarity and focus. Others choose tiny home living for financial reasons – smaller being cheaper. Whatever the reason, since the early aughts, the tiny house movement has grown exponentially, with the younger generation placing less emphasis on material goods, the older generation going into retirement, and young families looking for innovative solutions. The tiny house lifestyle began to solve many problems for many people.

A family in Puerto Varas, Chile, who owns Little House by architect Felipe Valdivia, put their mere 376 square foot home to the ultimate test within just two weeks of moving in at the beginning of the summer of 2021. With just enough time to bring in furniture, food, and all other necessities to their new home, the family began receiving the traditional holiday parade of friends and relatives. Since Little House is located in a beautiful tourist destination that is close to mountains, lakes, forests, and national parks, the family ended up having to accommodate 12 people in all, at one time. With just one bedroom in their house, it’s hard to imagine just how they were able to accomplish this. The key was the attic which was turned into a communal bedroom space for guests. In addition, the living area, located at the center of the house, has a sliding door leading out to the deck which effectively doubles the amount of available floor space.

To maintain order with so many people occupying such a small space, strict rules had to be instituted. For example, whoever washes the dishes must put them away immediately; furthermore, everyone is expected to pick up after themselves and to keep their specified areas neat and clean. Once all the guests had departed, the family was able, no doubt, to revel in what they imagined to be all the living space Little House provided.