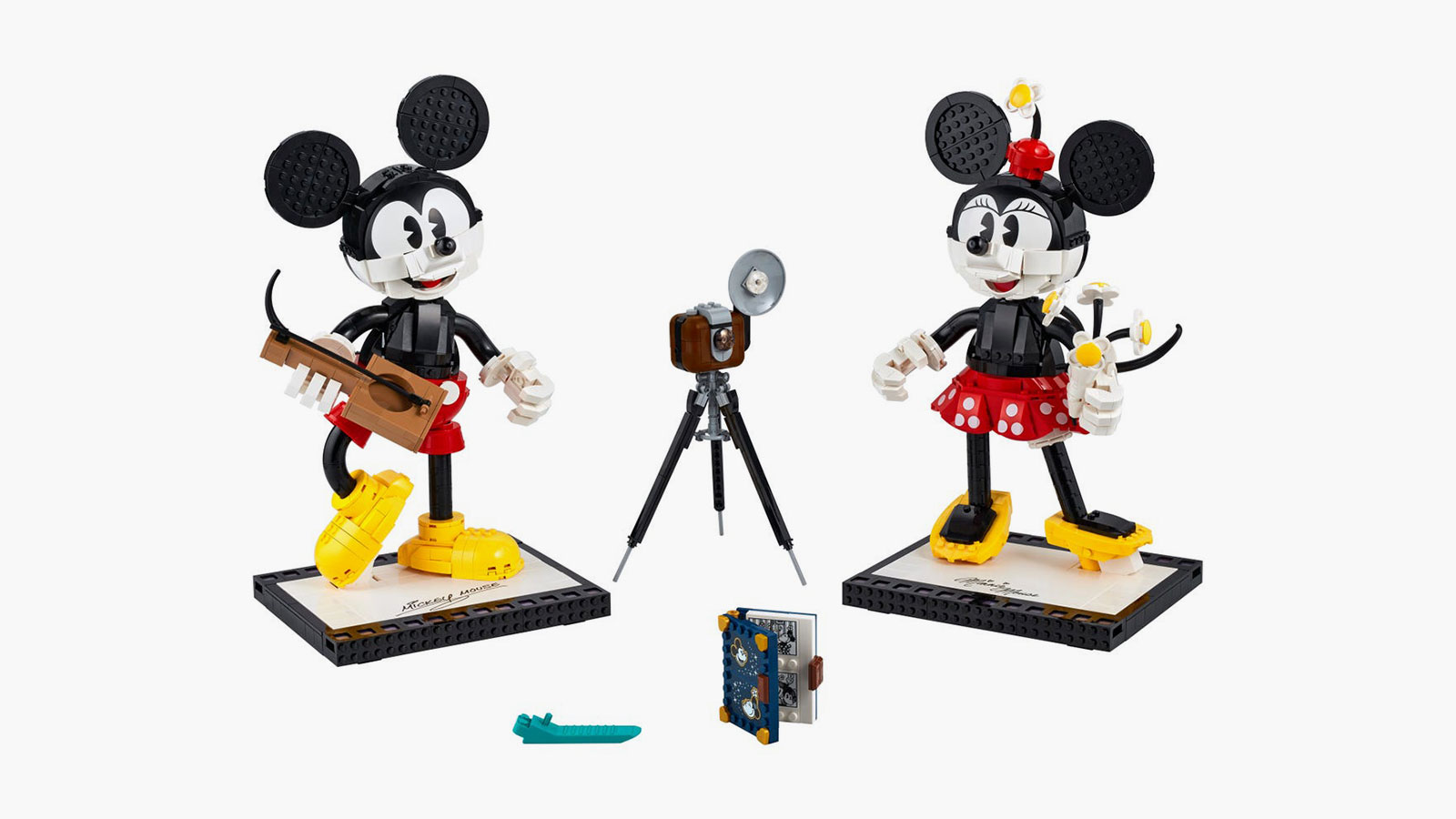 The LEGO x Disney Mickey Mouse & Minnie Mouse Buildable Characters hearken back to the golden age of animation by replicating a picturesque pairing straight of Steamboat Willie. This 1,739 piece special edition LEGO set lets Disney fans build the animation studio’s two most iconic characters: Minnie and Mickey Mouse. Both characters are 7.5 inches wide and 6.5 inches deep but Mickey Mouse figurine stands at 14 inches tall while Minnie is an inch shorter. The characters are set atop bases stylized as film cells as a tribute to the early days of hand-drawn animation. Each is fully posable and comes with interchangeable eyes that make the replicas seem especially animated.

The figurines are styled to elicit a sense of nostalgia by emulating the 2013 redesign of the cartoons that infused Mickey and Minnie with their original aesthetic. That retro appeal of this LEGO set is enhanced by the inclusion of Mickey’s iconic soapbox guitar along with a vintage camera and tripod that comes with its own photo album. The display immortalizes the original cartoon pairing after hours of diligent assembly, giving the builder a feel of what it was like to painstakingly animate each cell of their 1928 debut cartoon.