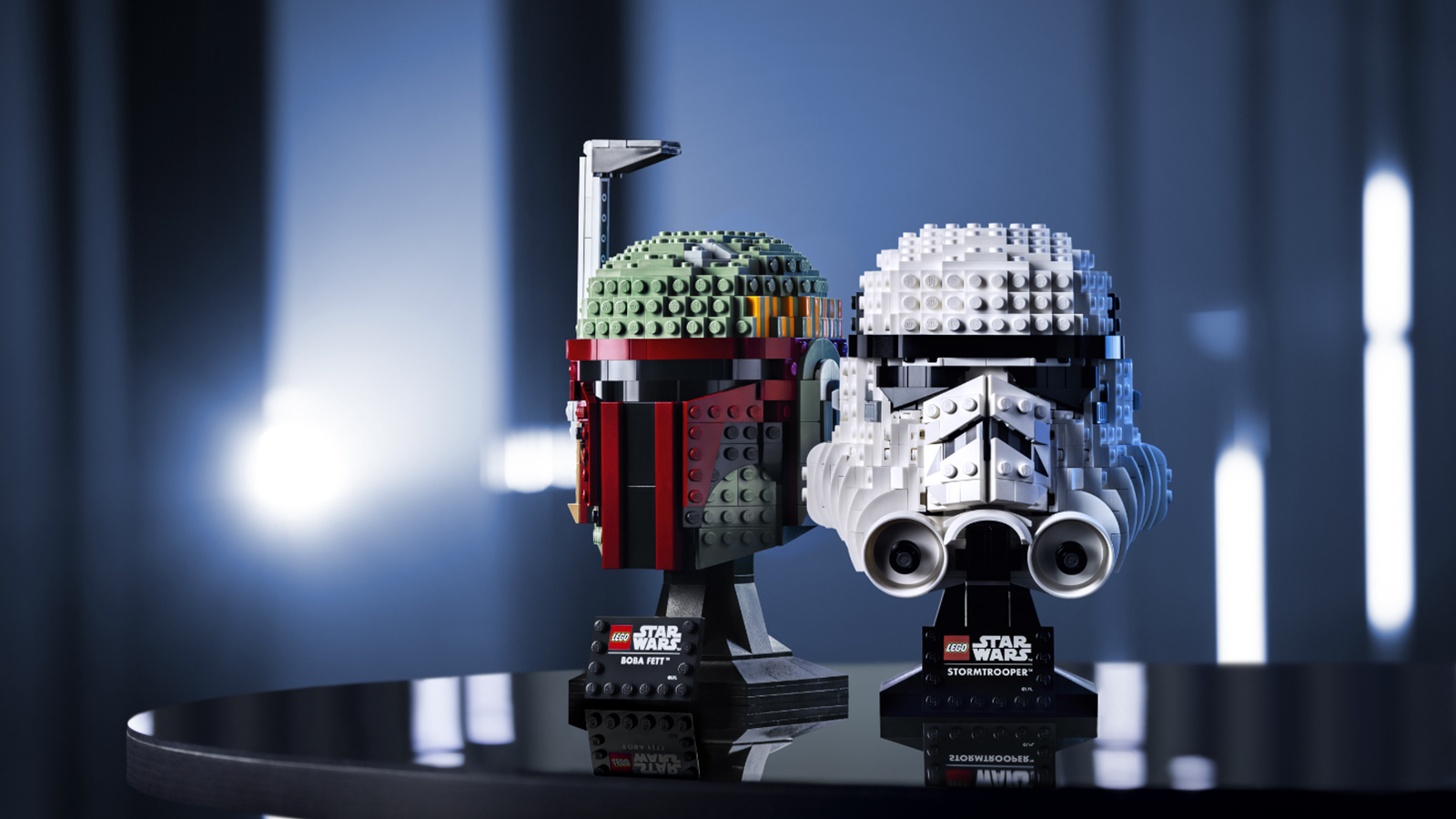 Thanks to LEGO, you can use the force to build commemorative Star Wars designs of some of the film franchise’s most iconic helmets. The first wave of this series immerses builders into the intricacies of the designs that were famously donned by Stormtroopers, TIE Fighter Pilots, and the galaxy’s most feared bounty hunter — Boba Fett. The 18cm and 21cm buildable model helmet sets harness dozens of LEGO pieces to capture the intricate details behind each design.

The LEGO Star Wars Helmet Collection put a new spin on these theme sets by challenging builders to act like costume designers behind the scenes of the fantasy epic. Jens Kronvold Frederiksen, the LEGO Star Wars Design Director,  created sets aimed at an adult audience to challenge them to replicate the unique contours of each helmet. The Stormtrooper, TIE Fighter Pilot, and Boba Fett helmet sets are comprised of 647, 724, and 625 pieces respectively. Once each is put together, the LEGO pieces coalesce into realistic models that double as a trophy piece commemorating a successful build as well as a collectible piece of Star Wars memorabilia.