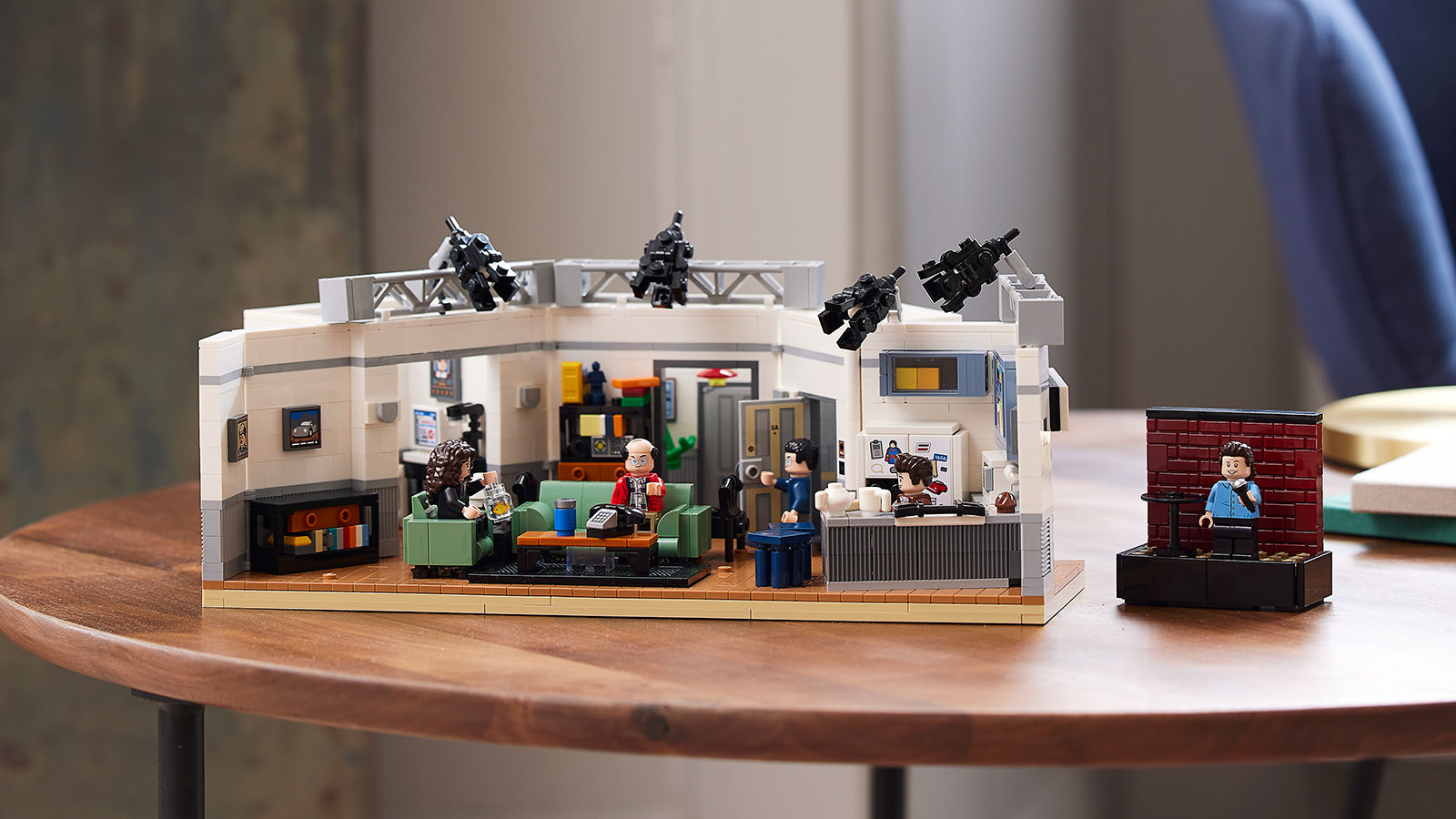 The iconic 90s sitcom Seinfeld first aired on television 32 years ago, and for nine seasons became one of TV’s most-watched and beloved shows in history. To commemorate the 32nd anniversary of Seinfeld, LEGO has announced its latest creation from the LEGO Ideas branch of the toy conglomerate — a recreation of Jerry Seinfeld’s apartment with all five main characters including Jerry, Elaine, George, Kramer, and Newman. The LEGO Seinfeld apartment is packed with authentic details such as the kitchen and living room, complete with furniture, where Jerry and friends would hang out and the hallway and door from which Kramer would unceremoniously burst in. Some of the accessory elements included in the set include a fishing pole, marble rye, Elaine’s goldfish, Kramer’s coffee table book, and, of course, George’s Festivus pole. There is even a separate build for Jerry’s stand-up stage, as well.

LEGO fan Brent Waller from Brisbane, Australia, created this highly detailed set via his submission on the LEGO Ideas platform, a LEGO initiative that takes new ideas that have been imagined and voted for by fans and turns them into reality. The 1,326 piece LEGO Ideas Seinfeld set will be available for LEGO VIP members from July 21st and for all others starting on August 1st.

For another LEGO Ideas project, check out the LEGO Vintage Typewriter Set.