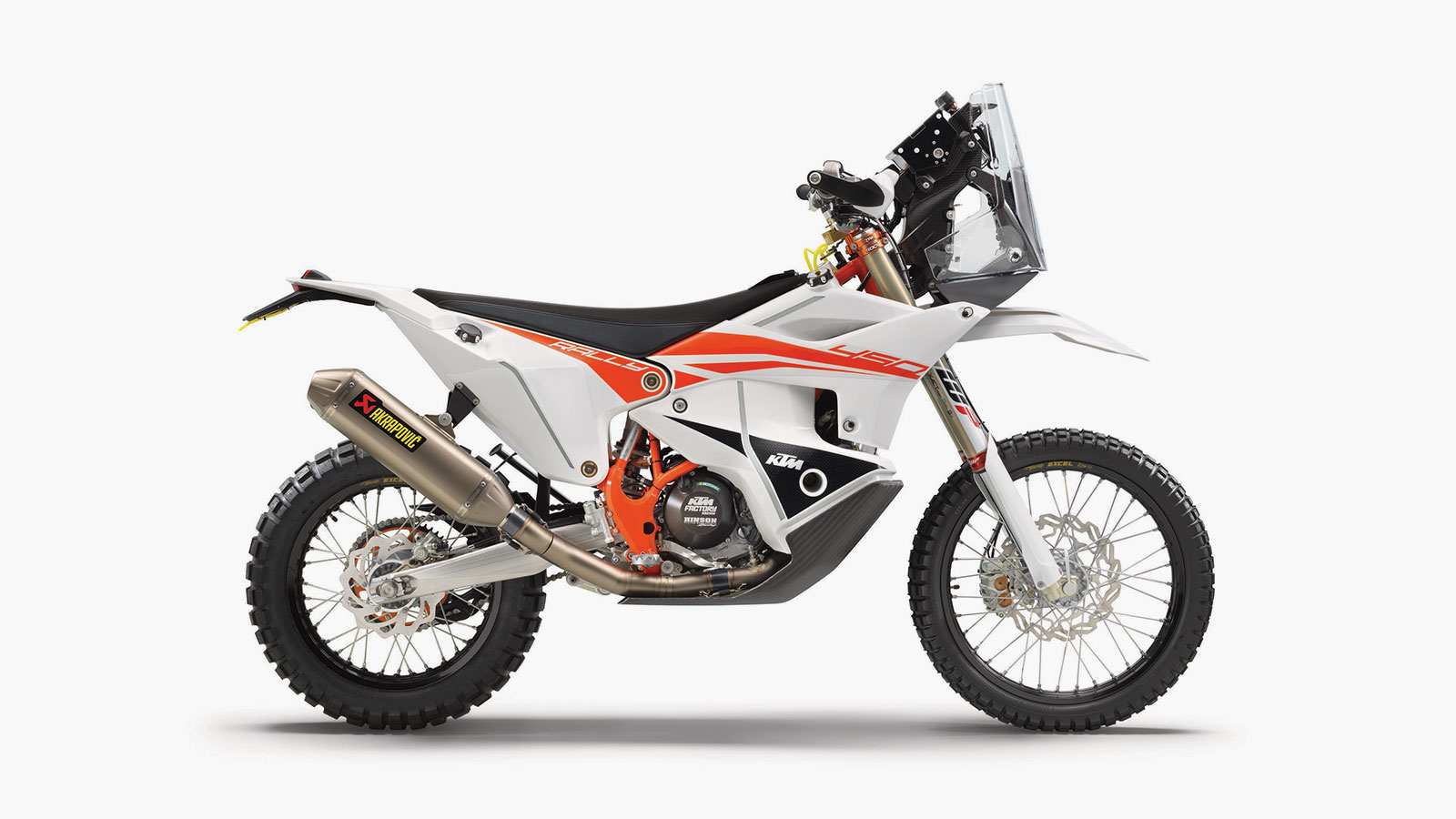 With the global pandemic putting the kibosh on our social plans, it seems like the only real way to enjoy any recreational activity is in the socially distant great outdoors. It’s enough to make people start searching online for RVs, camper trailers, UTVs, and of course, dirt bikes. But if you have the means to invest in one of the best all-terrain two-wheels dirt bikes around, KTM has plenty of enticing options. Recently, KTM released a new limited-edition 450cc dirt bike inspired by the Dakar rally and FIM Cross-Country rally events, and it is called the 2021 KTM 450 Rally.

The 450 Rally was developed and honed by the Red Bull KTM Factory Racing team. It uses a four-stroke, single overhead cam engine with a six-speed transmission and new PANKL racing system gearbox. Designed around KTM’s philosophy of Ready to Race, the 450 Rally features a 44mm throttle body for instant response when you need it most. The tubular space frame is made of lightweight chrome-moly and extra light carbon fiber body panels. An aluminum swingarm and fully adjustable WP PRO suspension components allow the 450 Rally to charge over any terrain. It will cut through the tranquil sounds of nature singing through an AKRAPOVIC exhaust system. Altogether, this 450cc KTM dirt bike has a dry weight of just 306 pounds.