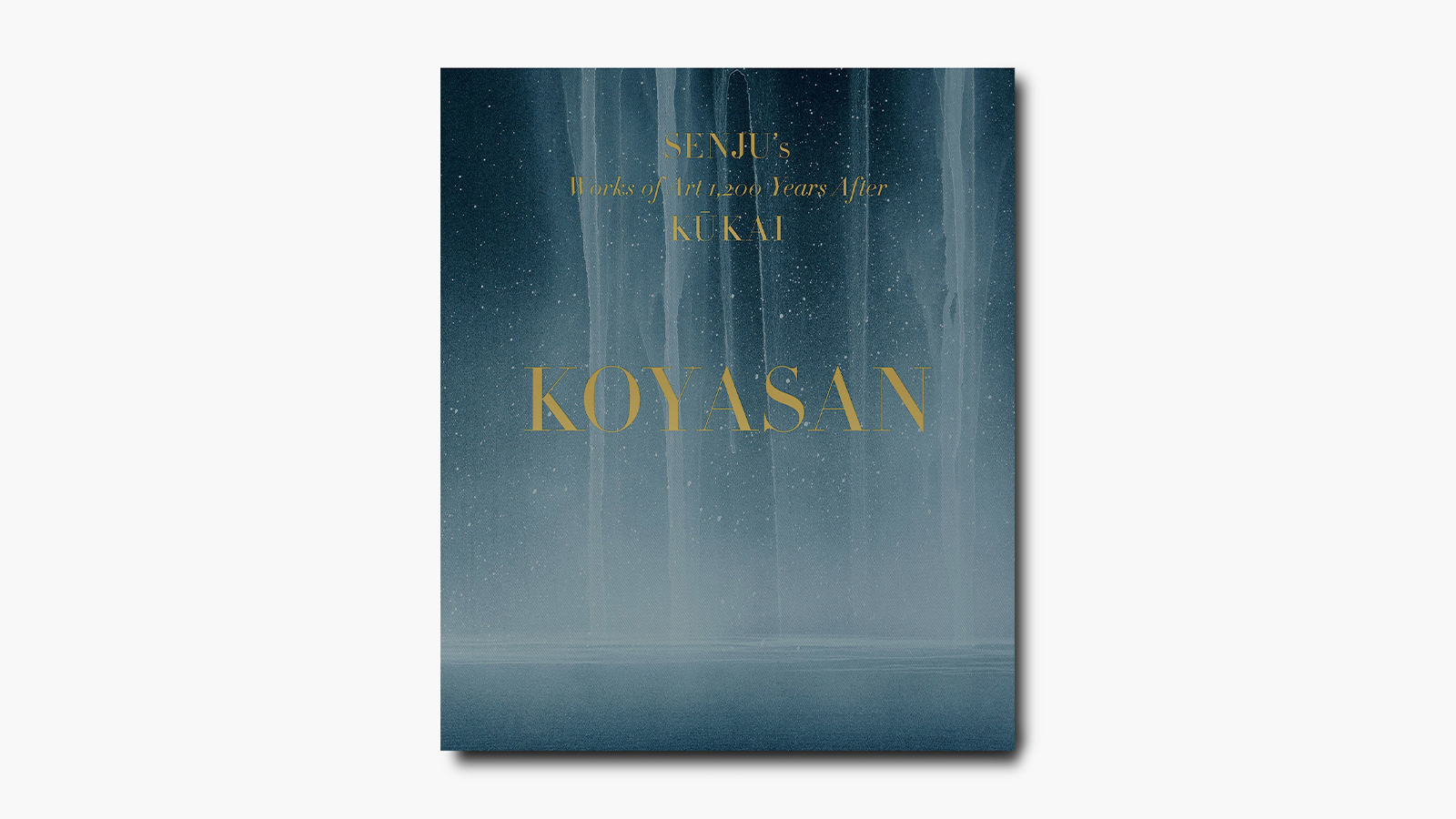 Assouline welcomes a new addition to its Ultimate Collection with the publication of Koyasan: Senju’s Works of Art 1,200 Years After Kūkai by Senju Hiroshi, Soeda Ryusho & Jumonji Bishin. The book is a tribute to both Hiroshi Senju, a celebrated contemporary Japanese artist, and Kūkai, a Japanese Buddhist monk who founded the Shingon sect of Buddhism. The volume primarily centers around the sacred Kongobuji Temple, which sits atop Mount Koya in the Wakayama Prefecture of Japan. Today, it serves as the headquarters of the Shingon sect. Kūkai was so inspired by the surrounding pine trees, rocks, and streams that he discovered on Mount Koya, that he chose to create the center for his arcane doctrine there, and the temple that stands in Koyasan today was at the spot on Mount Koya where Kūkai found enlightenment some 1,200 years ago.

Hiroshi Senju is a 63-year-old Japanese-born, New York-based painter. He is noted worldwide for his grand waterfall and cliff images, which are often monumental in scale. He combines a minimalist visual language rooted in Abstract Expressionism with ancient painting techniques unique to Japan. Kūkai, for his part, continues to be a significant figure in Japan, and people regularly travel to visit the Kongobuji temple at Koyasan. The head monk of the temple, who is a Kūkai scholar, wrote the main text for Koyasan: Senju’s Works of Art 1,200 Years After Kūkai.

To celebrate the 1,200 years since Kūkai’s founding, the temple invited Hiroshi Senju to create site-specific works, which consist of two monumental mural paintings that have different panels to make up one body of work. Titled Waterfall and Cliff, the works are inspired by the serene environment surrounding the temple, which served as a muse to Kūkai in his poetry and works as a monk. The two murals are installed in the room in the temple where a ceremony takes place to honor new monks joining the Buddhist sect, serving as a reminder of Kūkai and his vision. The hardcover volume has 145 pages with over 100 illustrations and is presented in a clamshell case. In addition, with each purchase from Assouline’s Ultimate Collection, complimentary white gloves and a signature canvas tote bag are included.

For more from Assouline, check out ‘Smiley: 50 Years of Good News’.