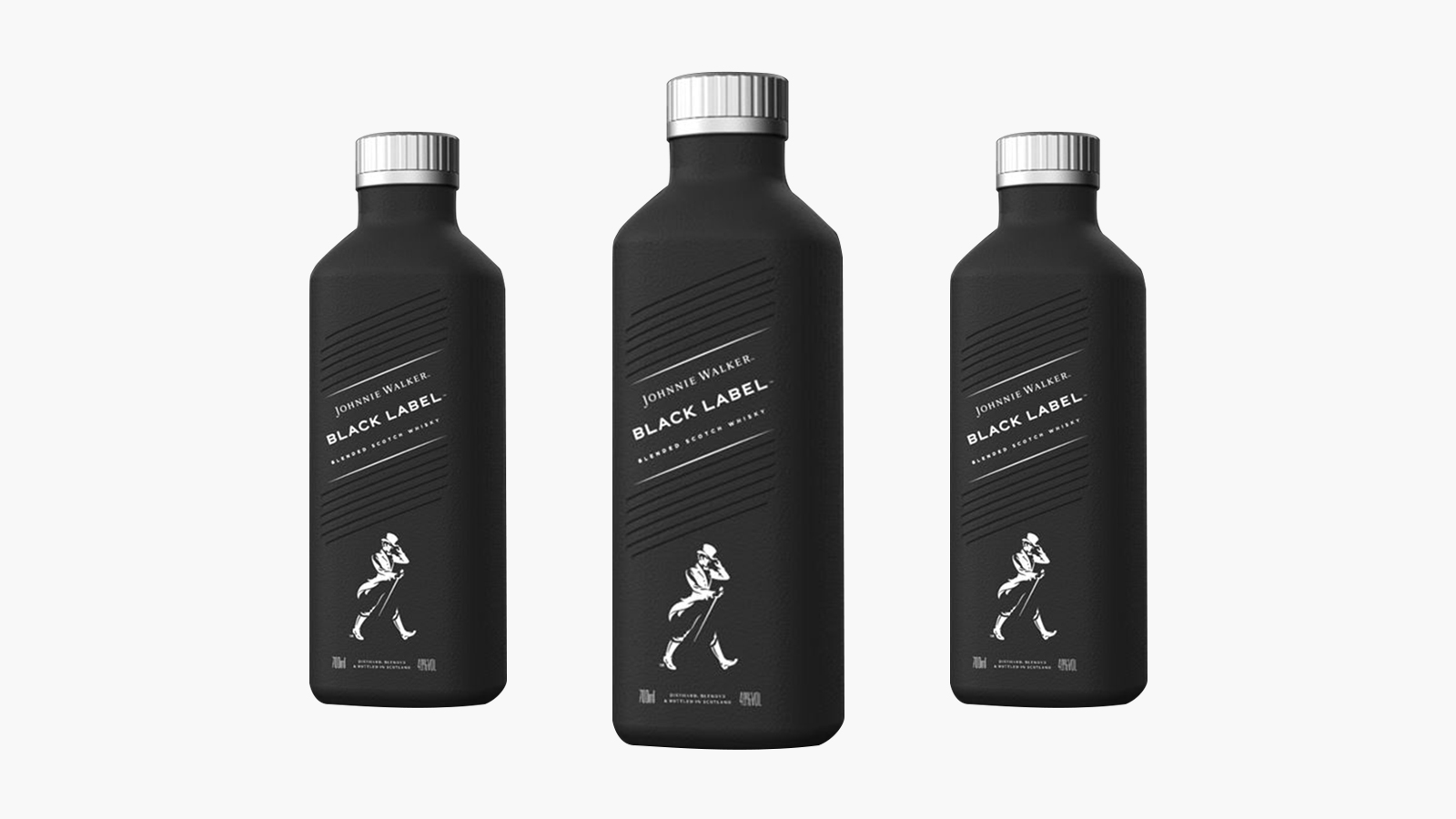 Johnnie Walker’s iconic emblem represents how the company has achieved its legendary status — by going its own way. The next chapter in its history puts its red, black, green, gold, and blue labels onto a 100% plastic-free bottle. Diageo is behind the environmentally-sound initiative which will also be brought to two of its other notable brands: Smirnoff and Guinness. It’s the world’s most recognizable scotch that will debut this sustainable packaging with the Johnnie Walker Paper-based Spirits Bottle due to be released in early 2021.

The new bottles will be made from sustainably sourced wood. The Johnnie Walker Paper-based Spirits Bottle is the creation of Pulpex limited. That company was created by a partnership between Diageo and Pilot Lite in the interest of revolutionizing the manufacturing of bottles with a first-of-its-kind that’s food-safe, free of plastic, and fully recyclable. After extensive research and development, the materials behind the bottle ensure that neither the taste of the scotch it contains nor environment will be compromised.