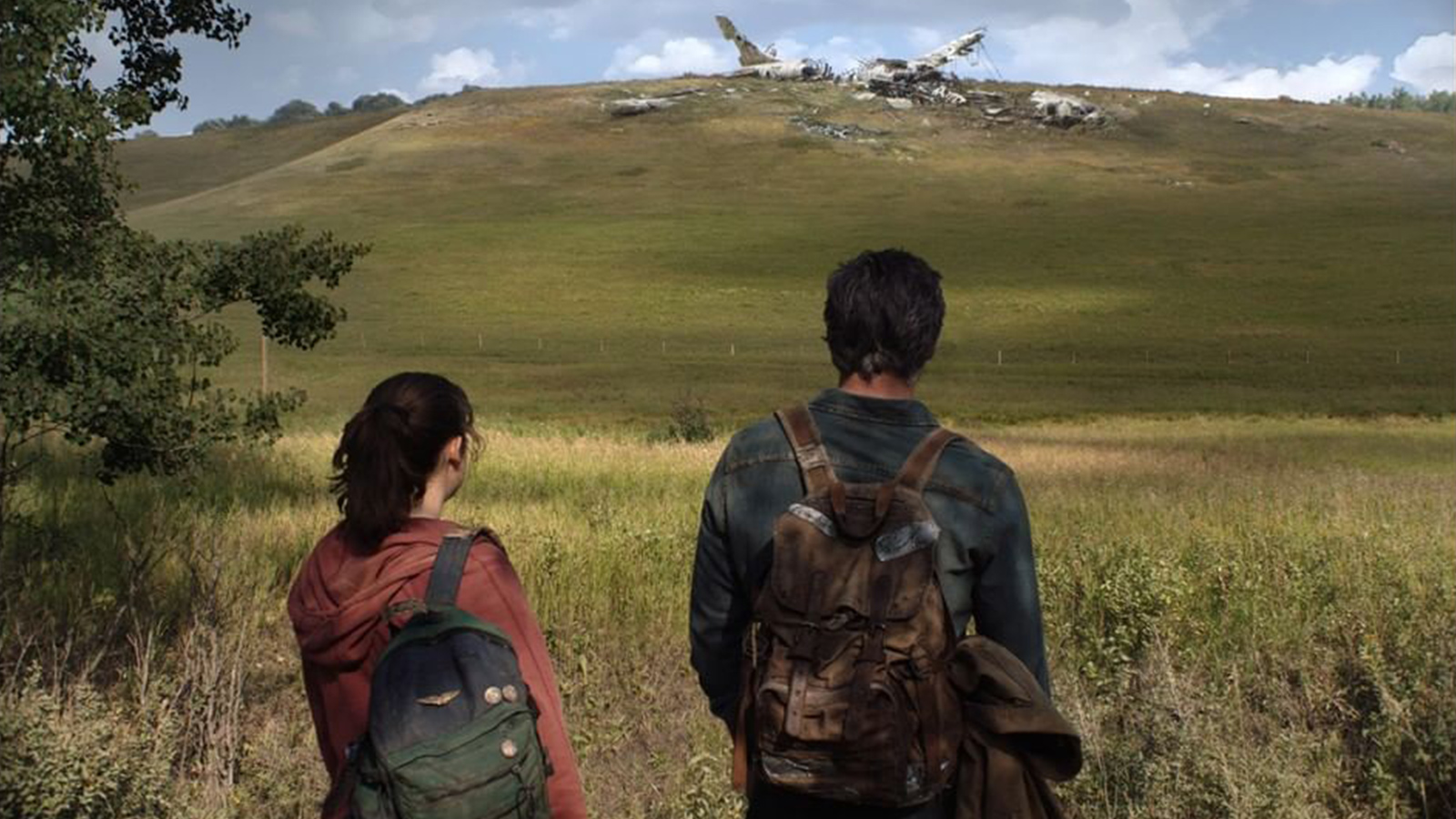 To whet the appetite of fans of the popular PlayStation video game, The Last of Us, we’ve just received the very first image from the upcoming TV series on HBO of the same name. ‘The Last of Us’ takes place 20 years after modern civilization has been destroyed by a deadly fungus. Joel, played by Pedro Pascal, a hardened survivor, is hired to smuggle Ellie, played by Game of Thrones actor Bella Ramsey, out of an oppressive quarantine zone. What starts as a small job soon becomes a brutal, heartbreaking journey, as they both must traverse the U.S. and depend on each other for survival.

Naughty Dog, the video game developer and a producer on the TV series, just released this first image from the show. Pascal and Ramsey, shown from the back, are near-perfect matches to Joel and Ellie from the video game, down to their rugged clothes and worn-out backpacks. The two are gazing out at a grassy hill, where destroyed plane debris litters the countryside. It is unclear if this will be part of the plot of the first season or just something in the background to show the horrors this world contains. There was no scene with an airplane in the first ‘The Last of Us,’ so this may be a new storyline that will be introduced.

The cast will also include Gabriel Luna as Joel’s brother Tommy, Nico Parker as Joel’s daughter Sarah, and Merle Dandridge reprises her video game role of Marlene, the leader of the Fireflies resistance group struggling for power against the government’s military regime. Expect the first season of ‘The Last of Us’ to run for 10 episodes, but it has not yet been revealed when the show will premiere.

Check out another series coming to TV – Marvel Studios’ ‘Hawkeye’.