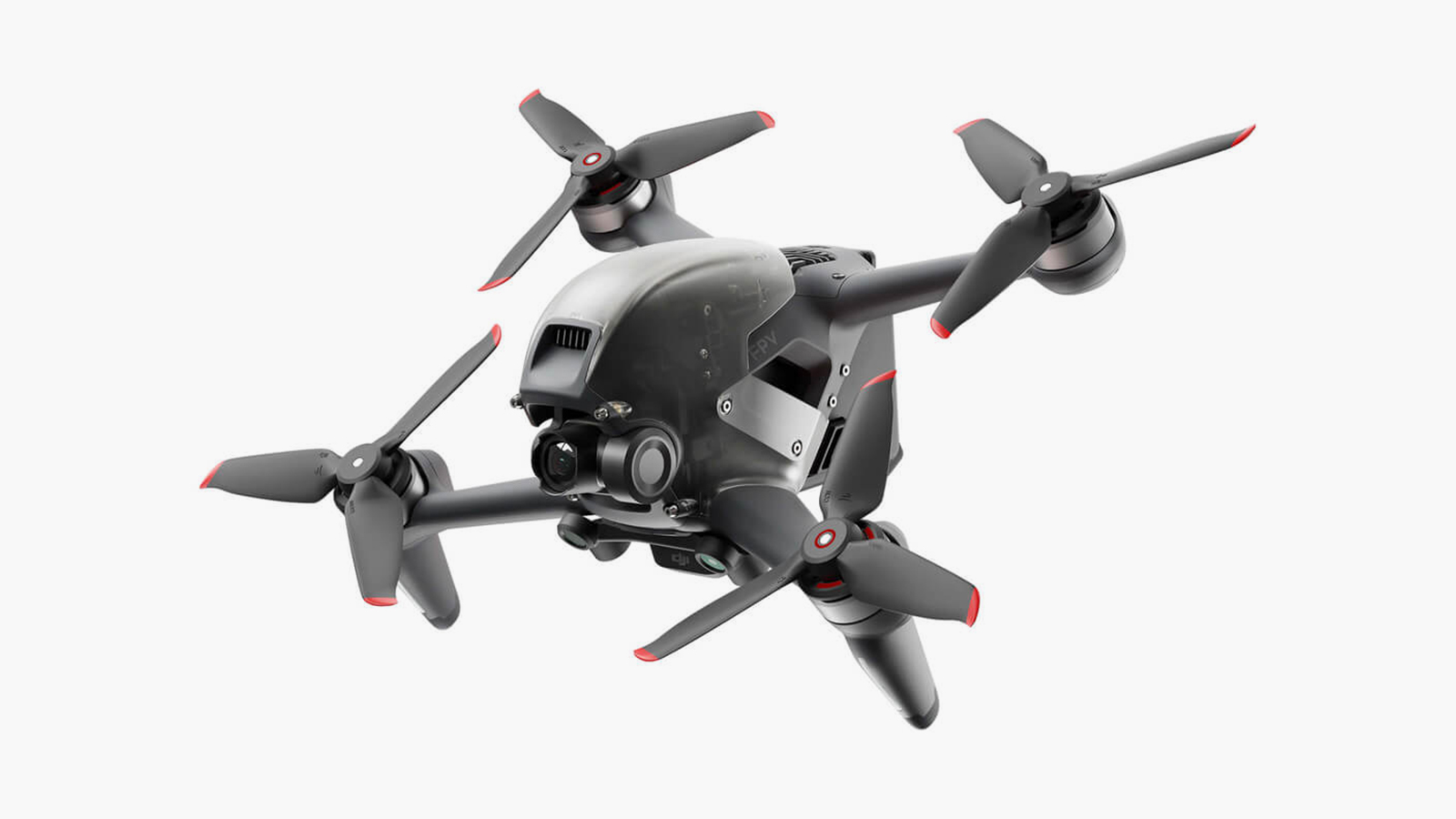 DJI has officially entered the FPV (first-person-view) drone market with the release of its FPV Combo. The FPV Combo racing drone places an emphasis on high-speed first-person flight over imaging. It comes with a remote controller, first-person goggles, and an air unit for video transmissions. This is a sleek little drone. With the styling of a race car, it sports a dark gray airframe accented by translucent plastic, showing off some of its internal tech, and red-tipped propeller blades. The aircraft sits in between the slim cinema Mavic series and DJI’s older Phantom line in size, and its design language falls somewhere between the two as well. It is taller than a Mavic, with short, fixed struts and small three-blade propellers. Flight time is not as long with camera drones, at about 20 minutes on a fully charged battery.

DJI’s FPV Combo camera uses a 12MP, 1/2.3” sensor, providing a 150º FOV, and is mounted on a 1-axis gimbal. Capable of capturing stills and video up to either 4K/60p, or 1080p/120p for 4X slow motion, at 120 Mbps, the camera uses an electronic roll axis and RockSteady image stabilization. Ready to fly right out of the box, the DJI FPV Combo is big enough that users will want to carry it in a case or backpack, at 5.0 by 7.0 by 9.1 inches (HWD). It is also pretty dense, at 1.8 pounds at takeoff, which puts it under the purview of FAA oversight for recreational flight. Those rules require users to keep the drone within their line of sight or fly with a visual observer when using goggles.

On the other end of the spectrum, check out Triton’s 13000/2 Titanic Explorer Sub.