Observed each year on July 27th, National Scotch Day celebrates the iconic whisky. In order to be considered scotch, this classy and distinctive spirit must be made in Scotland. It also must be fermented from malted barley, aged in oak, bourbon, or sherry barrels for at least three years and have an ABV or alcohol content of less than 94.8%.

While scotch is only distilled and aged in Scotland, there are many different varieties of scotch. Scotch whisky has its own geographic intricacies that influence the flavor. The whisky that’s produced in Scotland’s Lowland region is considered to be more mellow and delicate. But the whisky produced in the Islay region is generally known for heavier, smokier scotch varieties. Whether you plan to celebrate National Scotch Day by hosting a tasting party, or simply kicking back at home, we’ve got you covered with our choices for Best Scotches to Celebrate National Scotch Day! 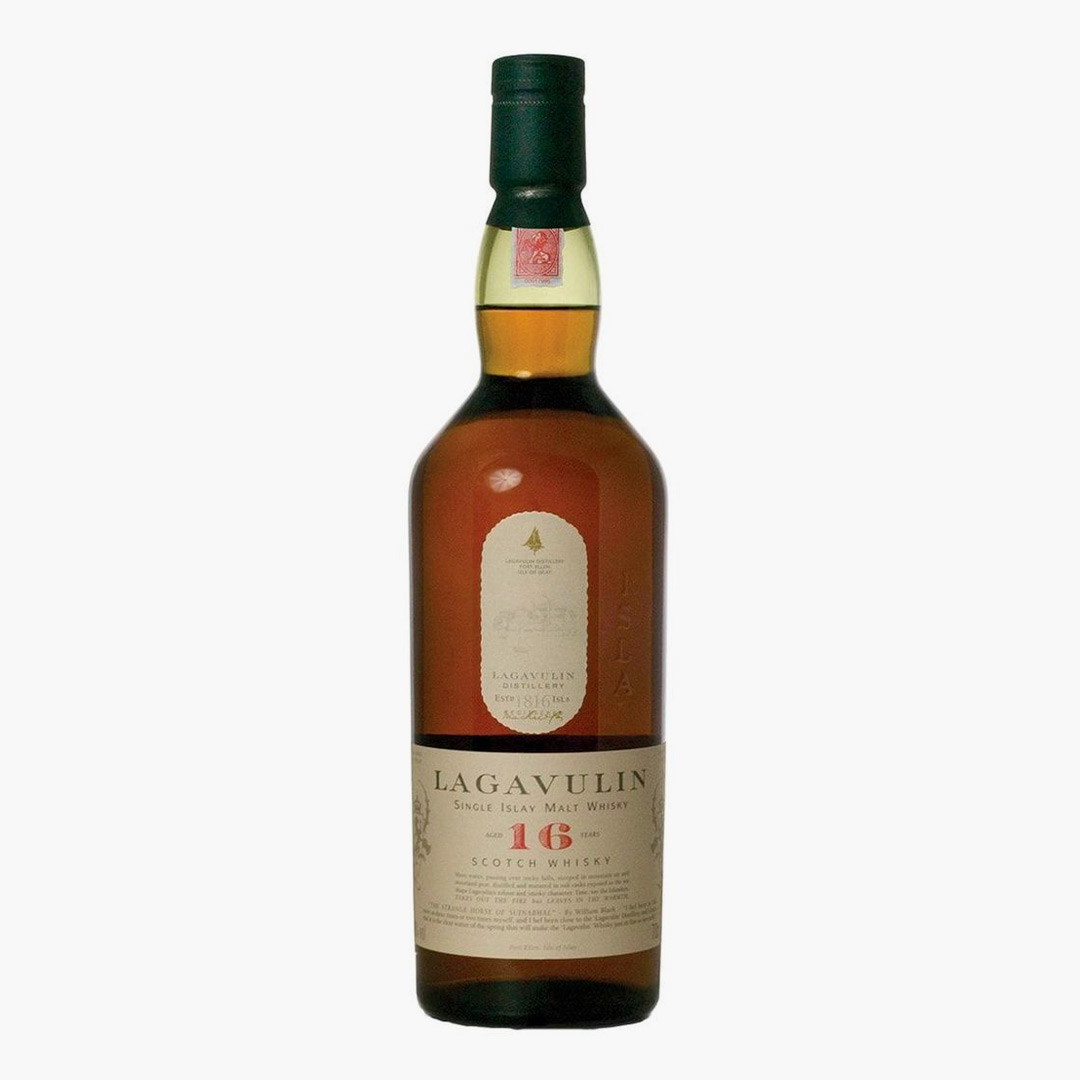 Lagavulin’s 16-Year-Old Single Malt Scotch Whisky is arguably one of the most intense, smokey, and rich whiskies out there. The malt spends sixteen unhurried years maturing in oak casks. Long fermentation, long distillation, and long maturation together ensure that Lagavulin develops all of its long, rich, peaty character. This pungent and dark single malt that originates on the Scottish island of Islay is not for the faint-hearted, but inspires fanatical devotion in its many followers. 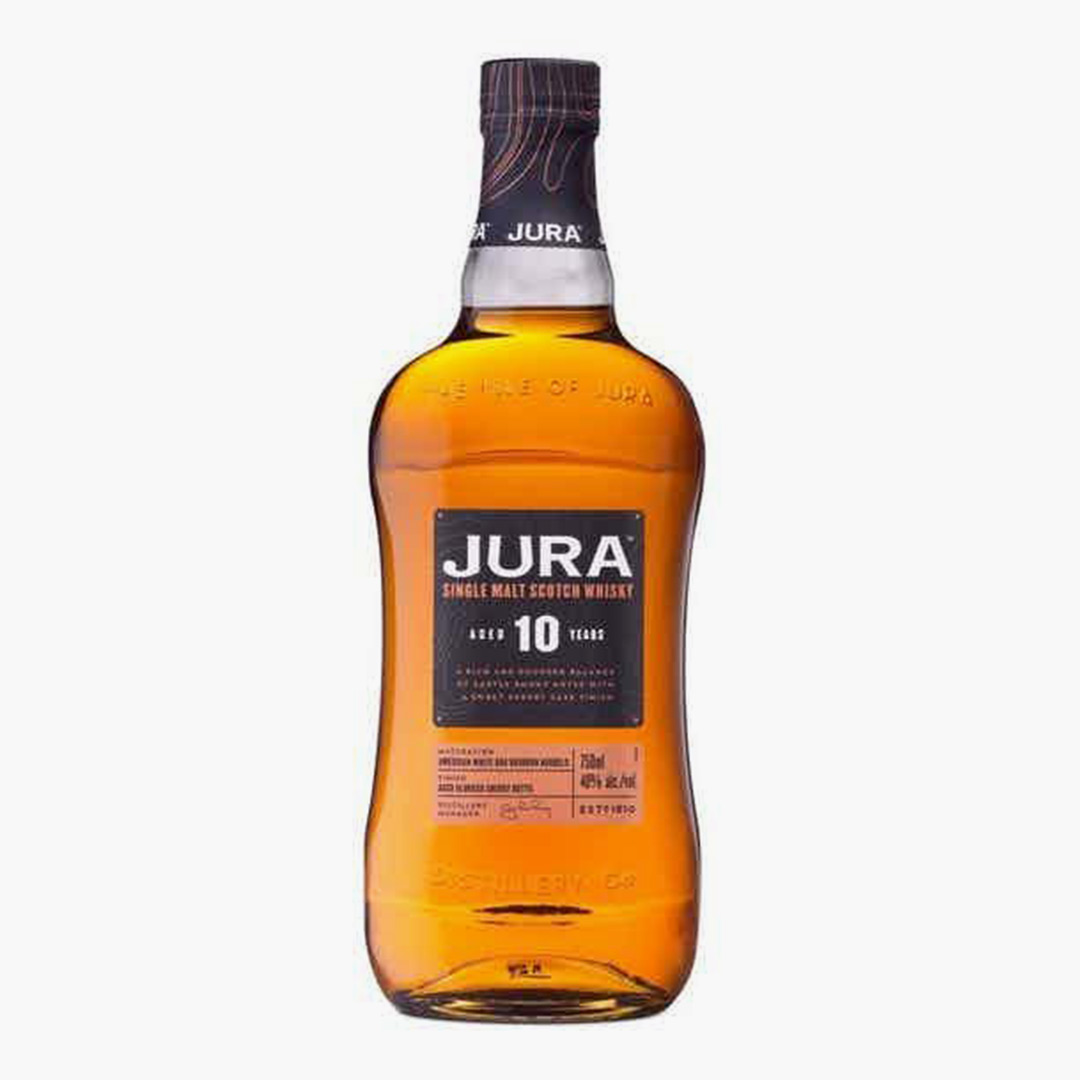 Jura Single Malt Scotch Whisky is made from Scottish barley, which is milled at the distillery and mashed with hot water in order to release its natural sugars. Once the barley has been mashed, it is fermented and then distilled through Jura’s 28-foot tall copper-pot stills. The 10-Year-Old Single Malt Scotch has a light, warm gold coloring. It has a fruity nose with notes of pepper and dark chocolate. The palate is medium-bodied with flavors of nectarines, ginger and coffee. The finish is warming, with sherried notes and the characteristic briny taste of Jura whiskies. 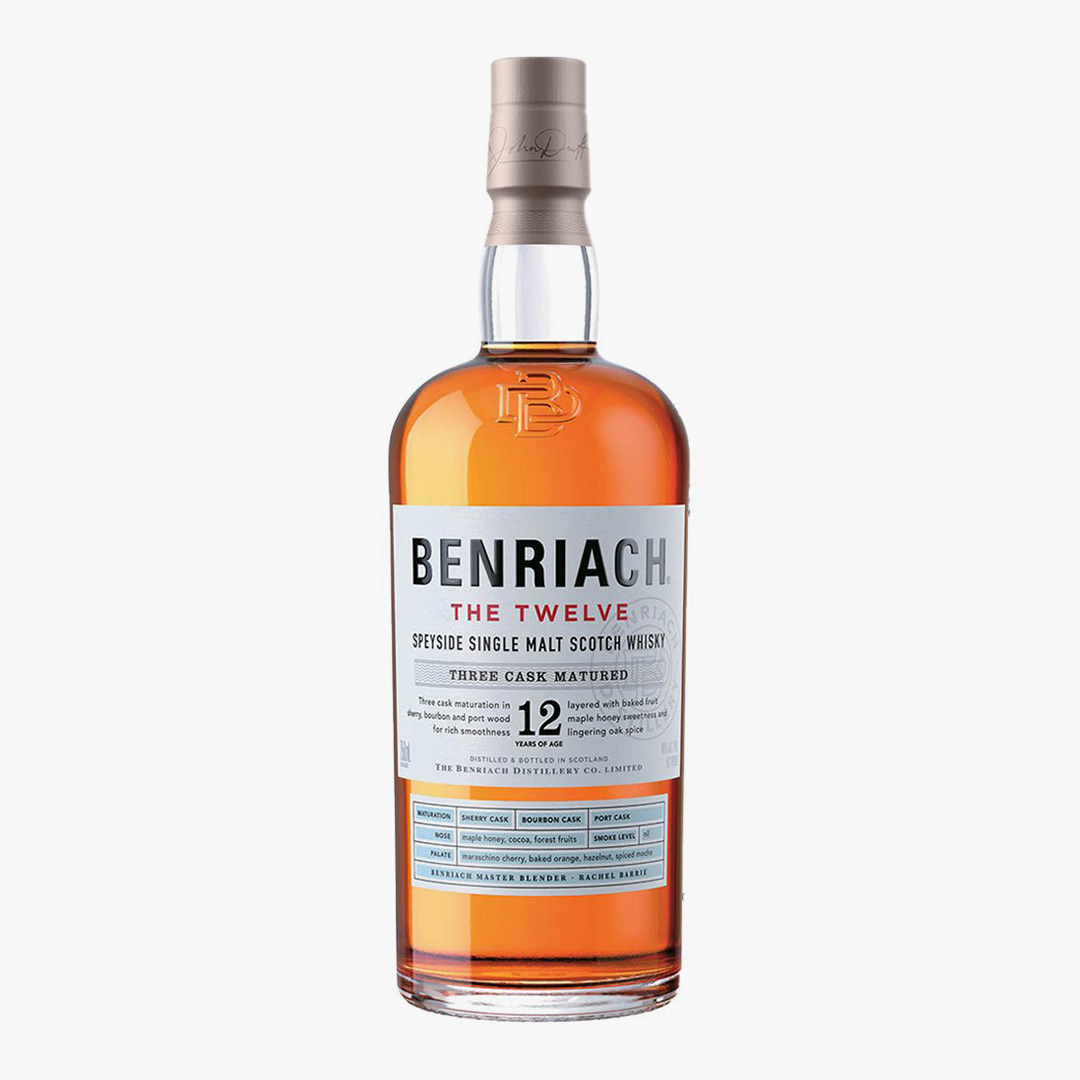 BenRiach The Twelve has been crafted for lovers of sherry rich single malt. In what is a new recipe, port cask maturation has also been used to add more intense layers of baked fruit flavor alongside sherry and bourbon cask maturation. This eclectic mix of casks are chosen by BenRiach for the exceptional character and flavor notes they lend to their whiskies. This three cask recipe creates a smooth, sherry-rich single malt layered with baked fruit, maple honey and cocoa, perfectly balanced with a lingering sultana and spiced mocha finish. 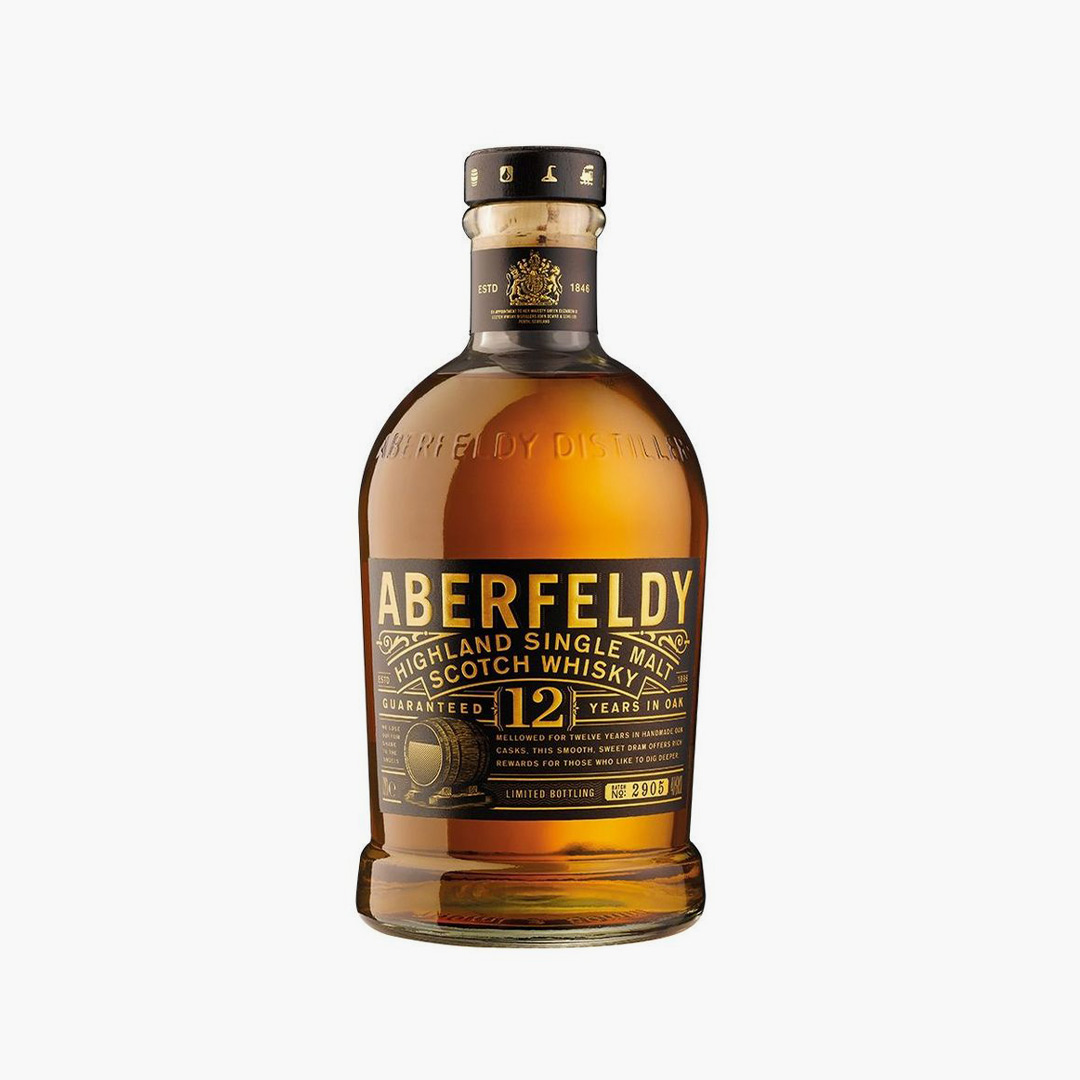 Aberfeldy Distillery was founded in 1896 by John Dewar & Sons, Ltd. on the eastern outskirts of Aberfeldy in the Highland region of Scotland. In fact, Aberfeldy is the largest malt whisky component of Dewar’s Blended Scotch. Aberfeldy 12-Year-Old, the distillery’s flagship product, is made exclusively from barley that is milled at the distillery’s Porteus mill and distilled twice. This Highland single malt whisky is matured for twelve years in used Bourbon casks. Its creamy aromas of peaches, peat, honey, and heather and its sweet, malty palate earned it a Gold medal at the 2015 San Francisco World Spirits Competition. 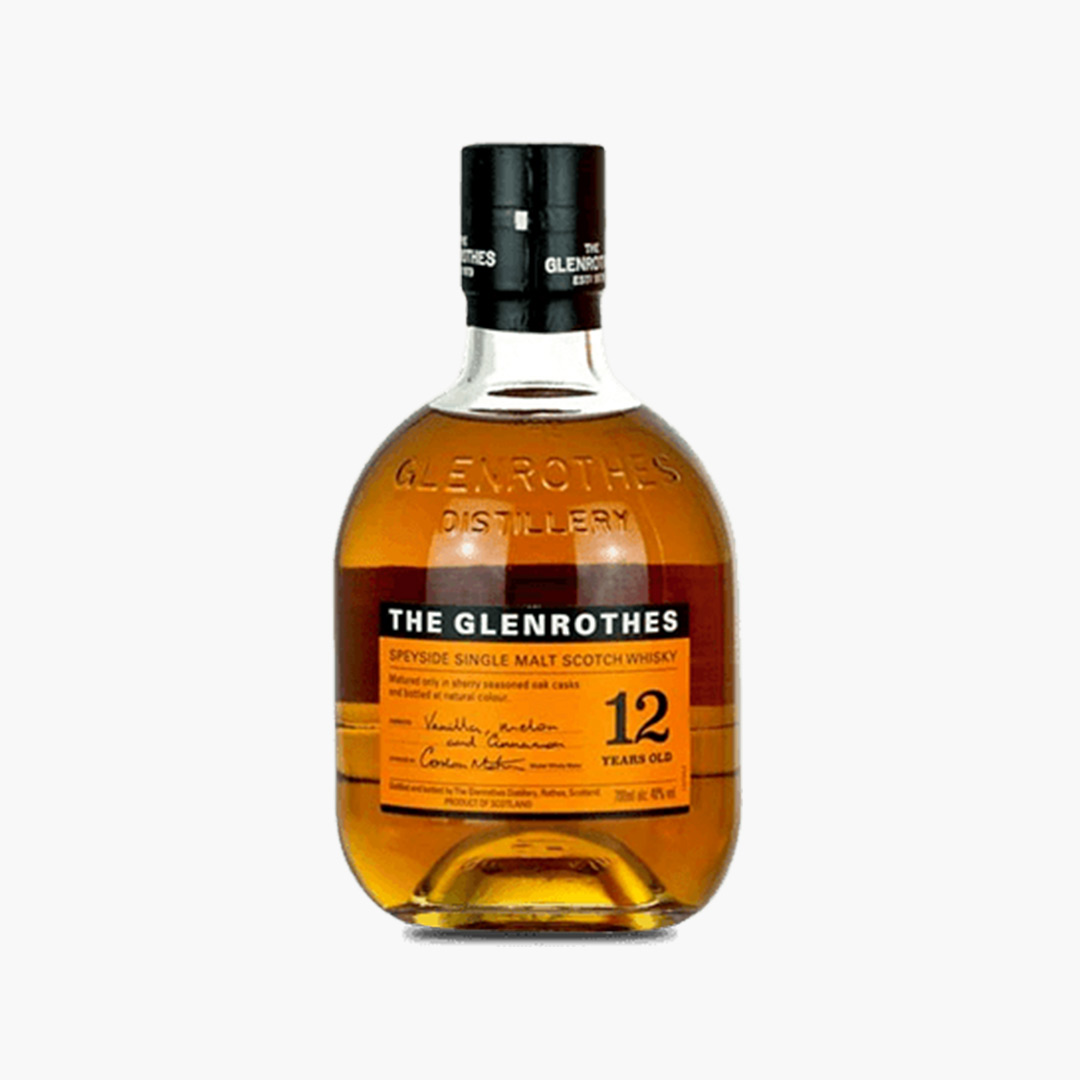 The Glenrothes 12-Year-Old Speyside Single Malt Scotch Whisky is aged solely in sherry-seasoned casks that are produced for Glenrothes in Jerez, Spain. This Speyside whisky is fruity and sweet and has notes of vanilla, melon, banana, and cinnamon. It is part of The Soleo Collection, a range of five whiskies from The Glenrothes, ranging from 10 to 25 years old, which pay homage to the grapes from which some sherries, such as Pedro Ximénez, are made. The Glenrothes has been making whisky since 1879; its rich and rounded single malt is immaculate and unchanging, handcrafted by talented whisky makers. 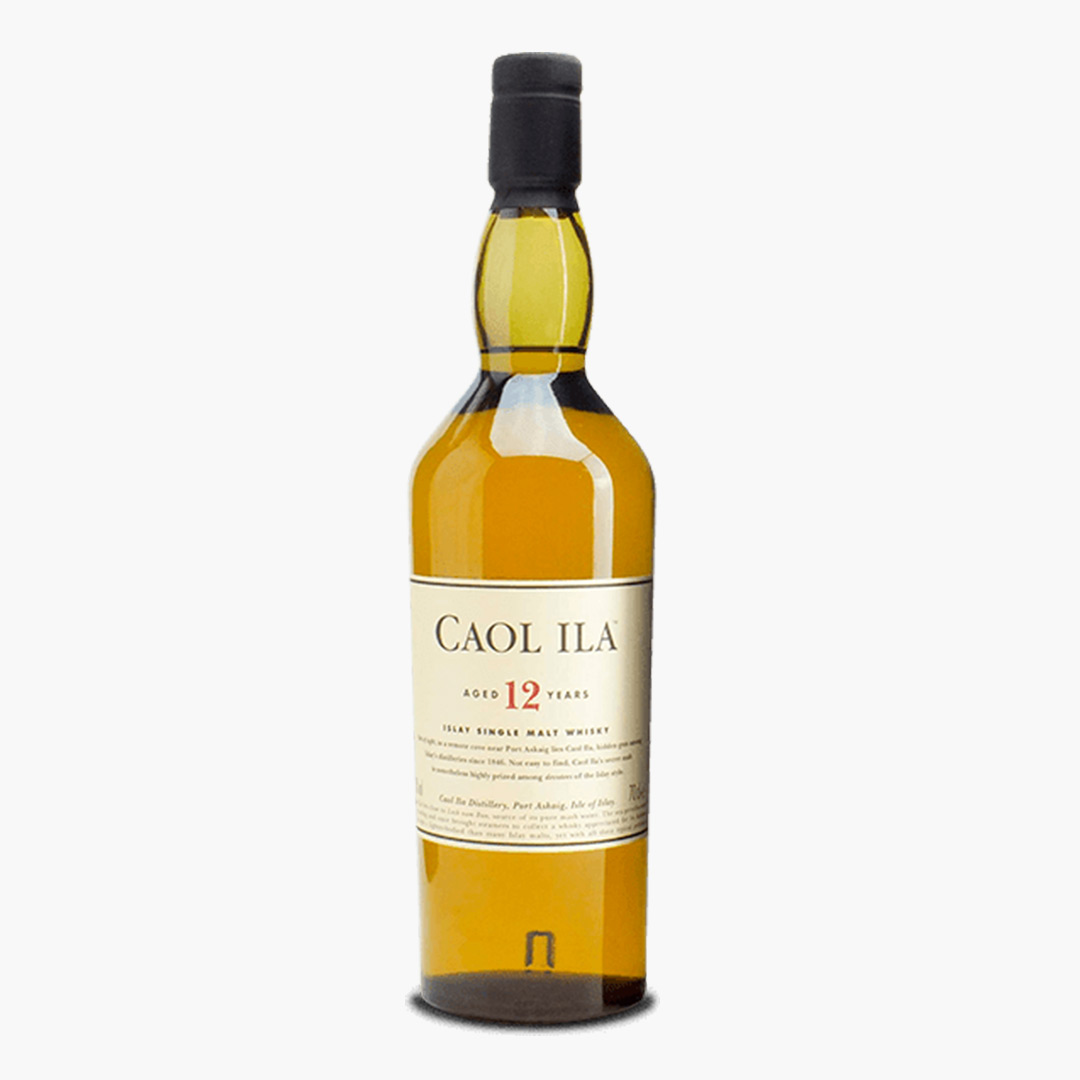 Hailing from the Inner Hebrides Island of Islay is Caol Ila 12-Year-Old, one of the Islay Whiskies — lighter in color than its neighbors, but with distinctive floral and peppery notes which complement the traditional Islay peaty flavor. This whisky is not like every other smoked Islay malt; the Caol Ila 12-Year-Old has a lot more to offer than just peat. With its pale straw color, this is a smoky and sweet expression, a classic combination that Caol Ila 12 nails perfectly. There is also the slightest hint of herbs and spices from nose to finish, adding a smooth complexity that piques the interest of the taste buds in just the right way. 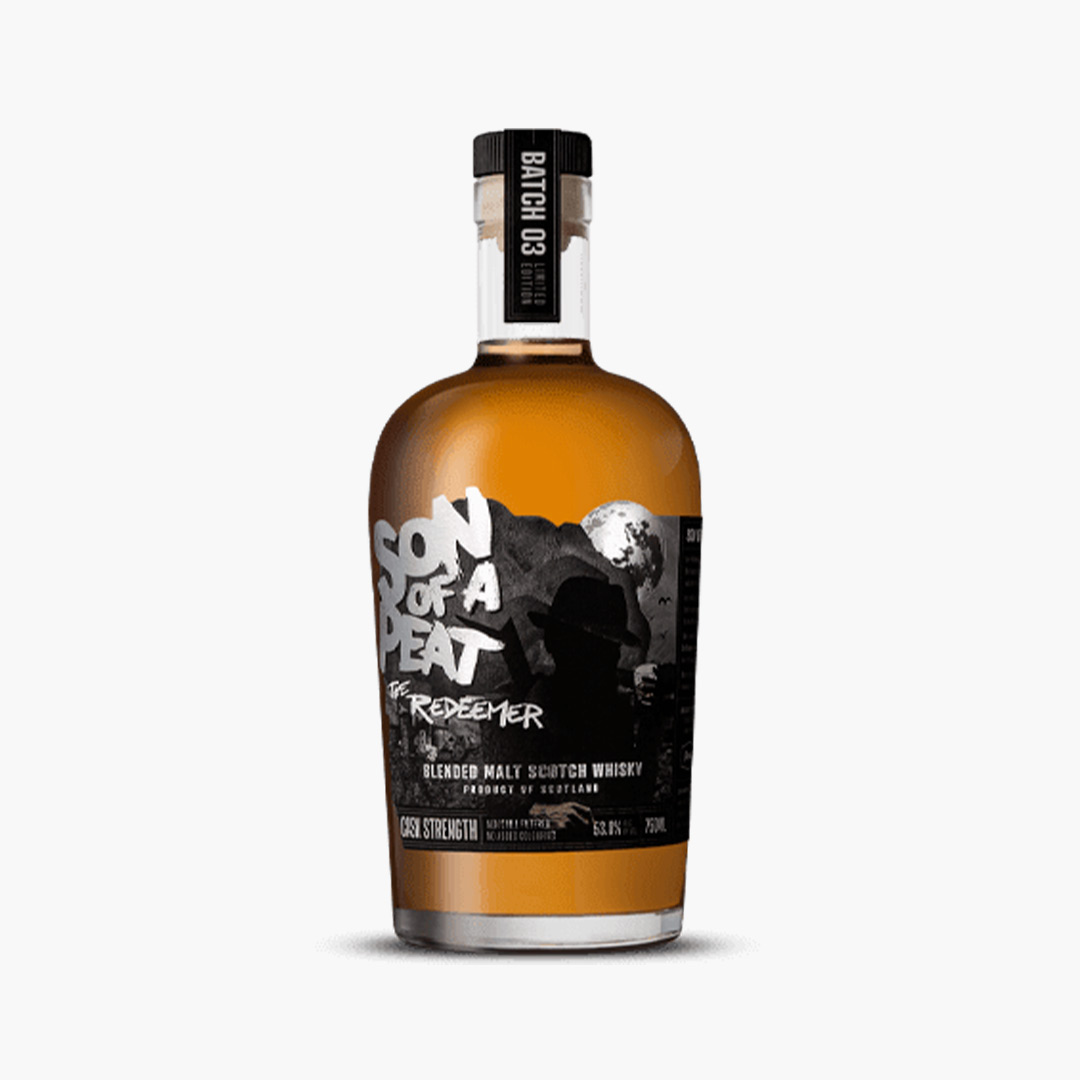 Son of a Peat Batch 03 The Redeemer

Son of a Peat was created by the Flaviar Membership Society, (essentially a quarterly spirits delivery club) for the Flaviar community. Like its predecessors, Son of a Peat 03 The Redeemer, was bottled at the peak of its power – at cask strength, clocking at a vigorous 53.8% ABV. It’s as authentic as they come: no added color and non-chill filtered. It is hand-blended, hand-bottled, hand-sealed, and hand-labeled. Once this Isle of Islay twelve-whisky blend hits your palate, Son of a Peat says, “a fierce battle for dominance between warm notes of smoke, oak, nuts, and Sherry, will take place. Peat will prevail, naturally. All will be washed away by an endless finish with notes of chocolate, and a wee bitterish whisper that’ll take you back where everything started: the isle of Islay.” 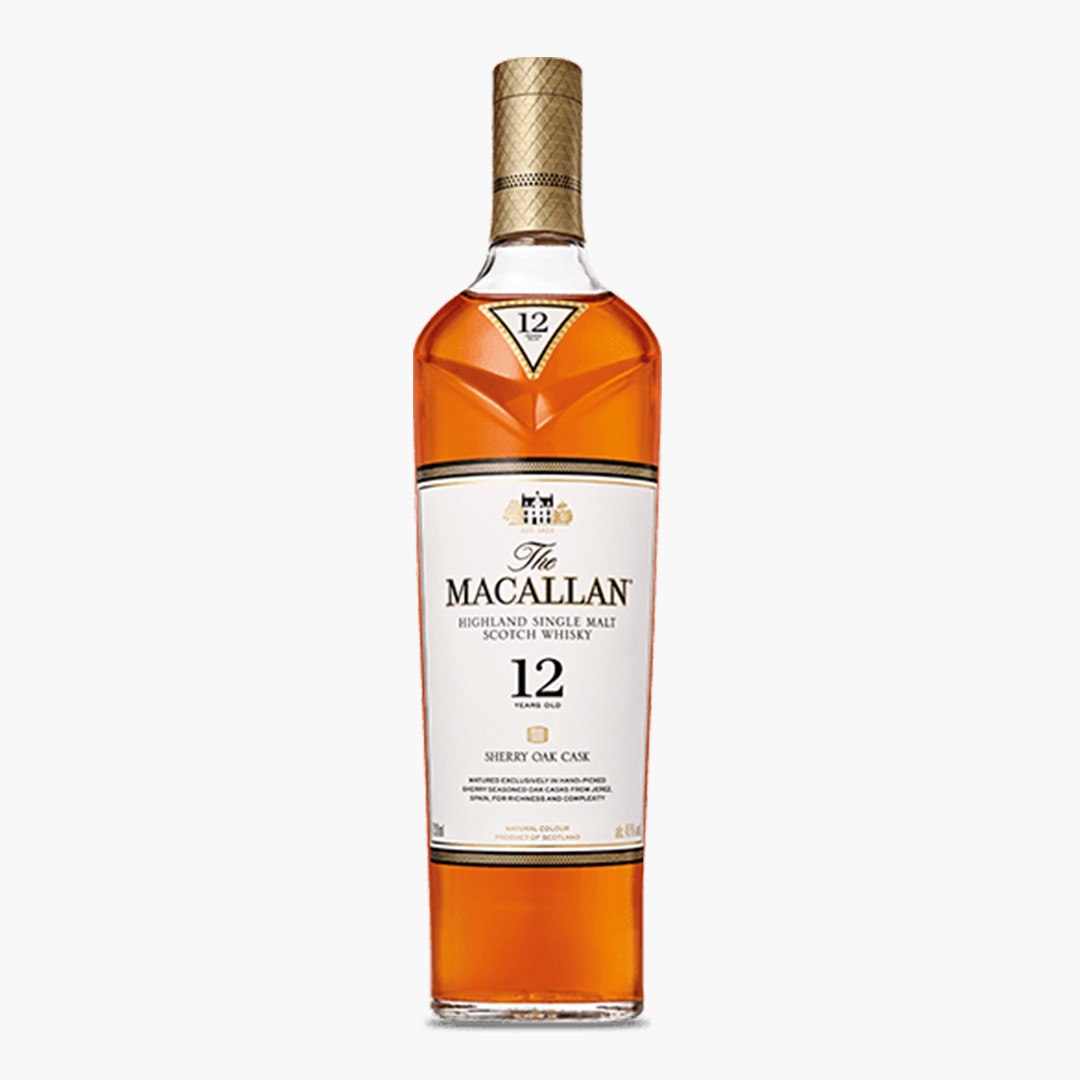 Deliciously smooth, with rich dried fruits and sherry, balanced with woodsmoke and spice, the Macallan 12-Year-Old Sherry Oak single malt has been described by F. Paul Pacult, the renowned international whisky writer, in his book Kindred Spirits as ‘simply the best 12 Year Old single malt around’. It has spent its entire maturation in sherry-seasoned oak casks from Jerez, Spain and is bottled at 40% ABV after its 12 years of ageing. Macallan’s 12-Year-Old Sherry Oak expression has become one of Scotland’s quintessential single malt whiskies, showcasing the elegant side of what Speyside has to offer: soft, on the palate, a creamy texture, rich flavors of cakebread and Sherry, and a long malty finish. 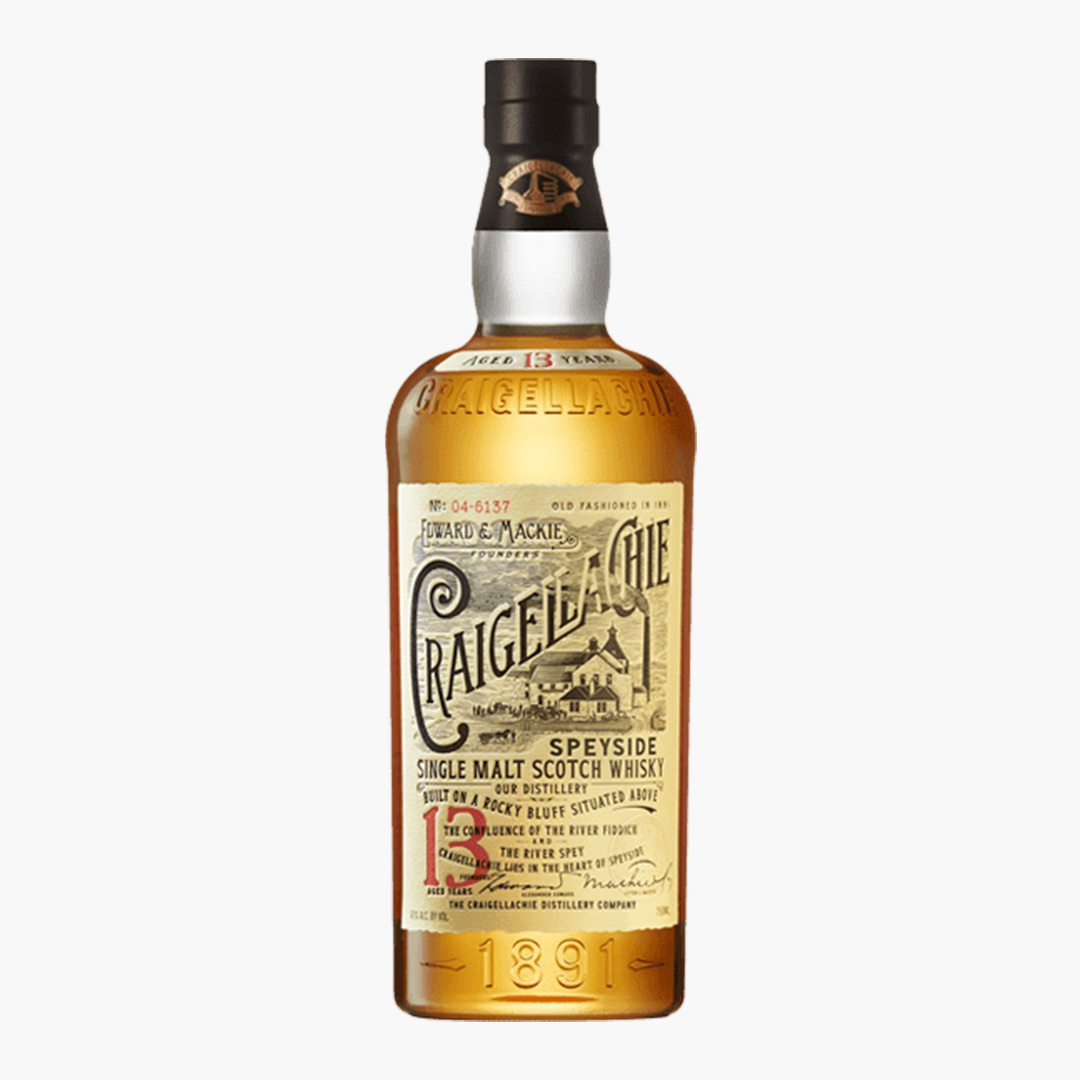 Speyside whiskies are known to be fruity and floral, but as the bad boy of Speyside, Craigellachie defies with its oil-fired, rich character. Craigellachie 13-Year-Old is matured in a mixture of both ex-bourbon and ex-sherry casks. The bourbon casks bring vanilla, toffee and fudge notes to the fore, and the sherry casks provide richness and complexity. One of the three official Craigellachie bottlings released in 2014, their 13-year-old single malt Scotch whisky handsomely shows off the bold, robust character of the distillery’s output with lots of dynamic fruit notes combined with a distinctive current of smoke running through the middle. 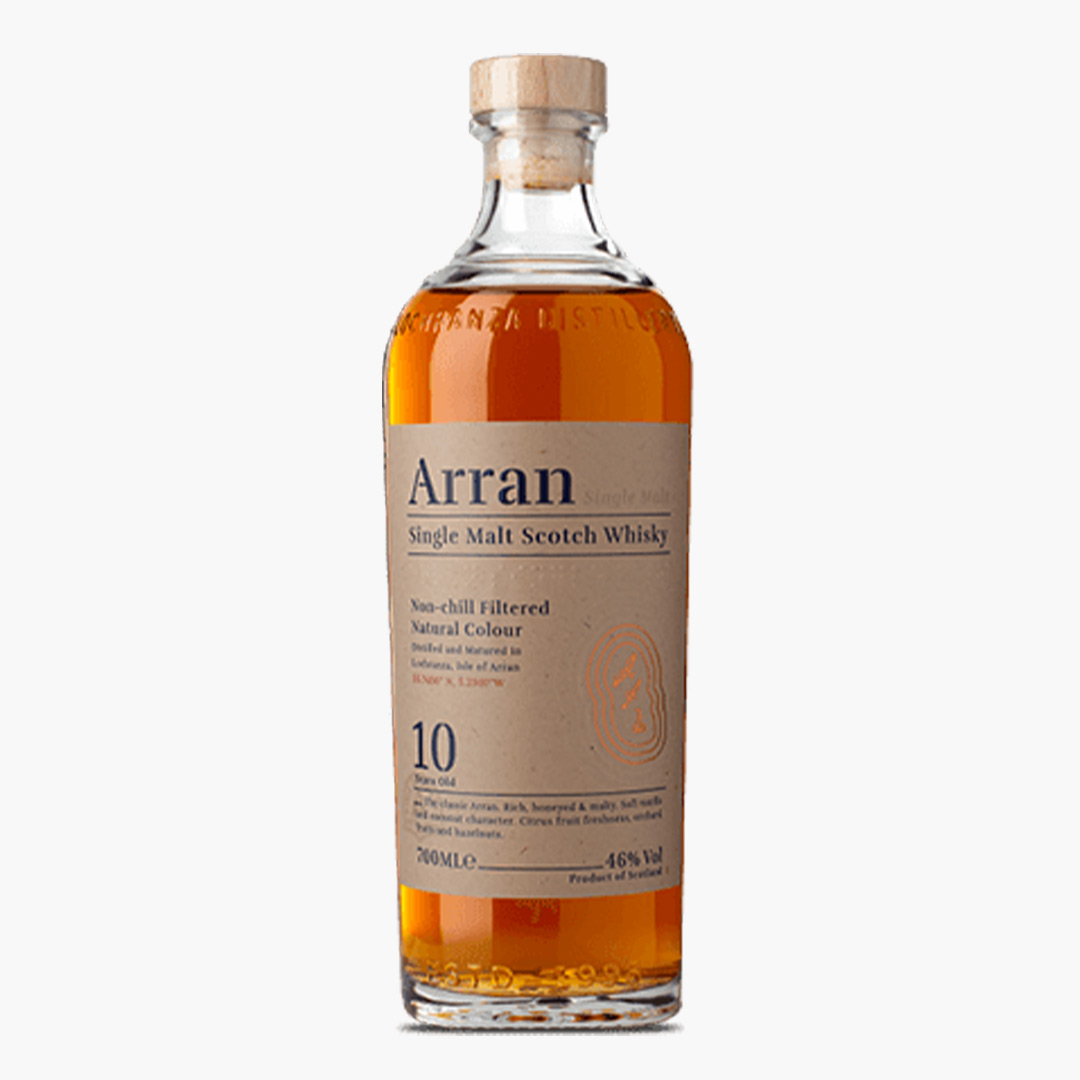 Officially launched in 2006, this 10-year-old lies at the heart of the Isle of Arran range and exudes all the honeyed richness one has come to associate with this island distillery. It’s understandable that when you see the word “Isle” in the distillery name you think that this is a peaty dram. It’s not. There’s virtually no trace of smoke or peat. Instead, the entire Arran line is smooth and fruit-forward in an almost Highland style. Arran 10-Year-Old Whisky is the distillery’s core offering — medium-bodied, filled with notes of citrus zest, and bottled without chill-filtering at an absolutely perfect 46% ABV.