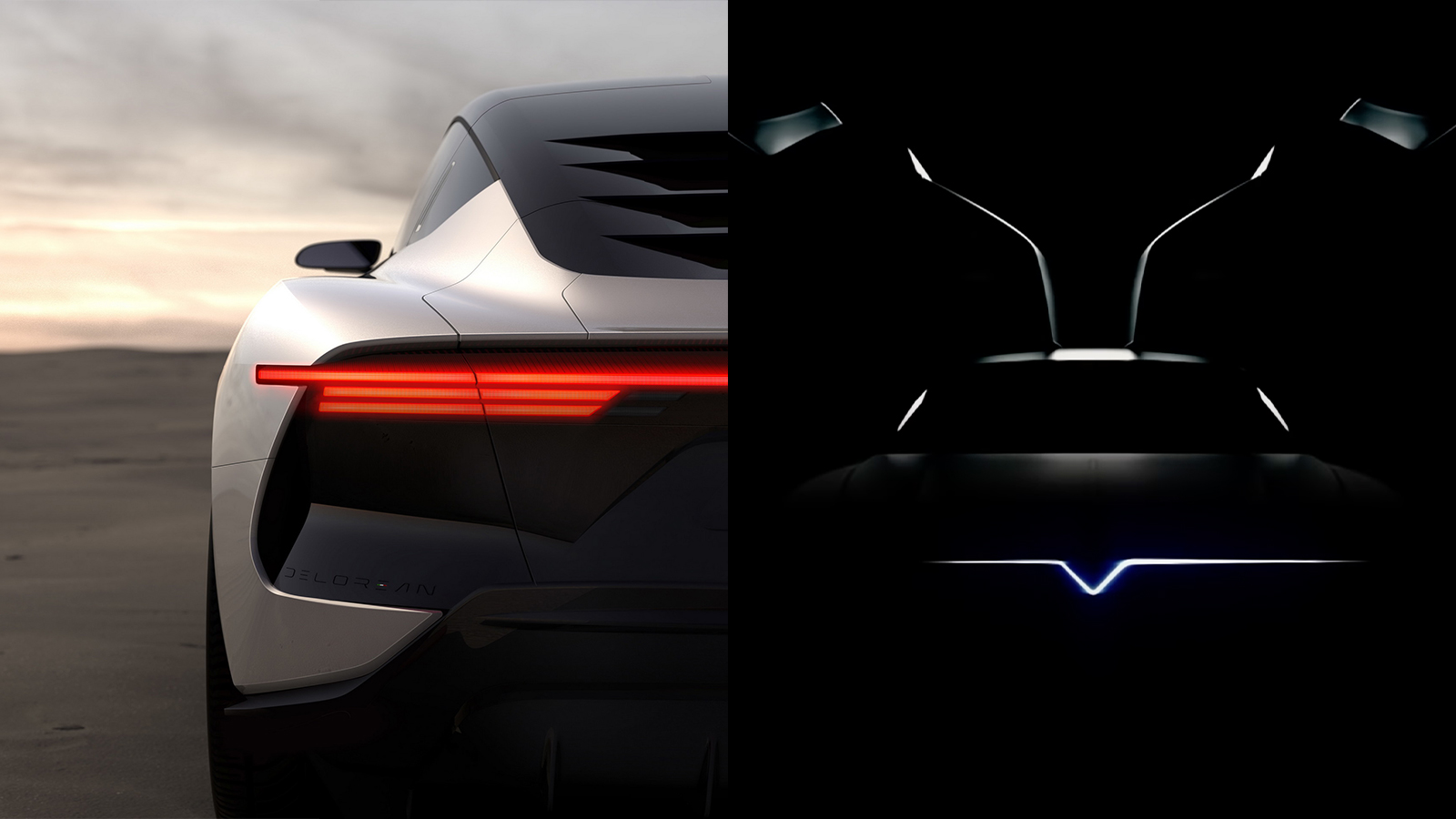 The popular 1980s film Back to the Future premiered in 1985, firmly cementing the DeLorean DMC-12 in pop culture history. However, when movie watchers first saw Doc Brown’s Time Machine hit 88 mph for the first time, the DeLorean Motor Company had been dead for three years when it shut down in 1982. It makes you wonder what could have been if the DMC had lived long enough to bank on the film’s commercial success. However, we may soon get the chance to find out as 40 years since the DeLorean Motor Company went bust, it has returned with a new electric car!

The official unveiling of the new DeLorean EV will be at the Pebble Beach Concours D’Elegance on August 18th. This week, DeLorean released a teaser photo of the new EV, which confirms the return of the brand’s signature gullwing doors. Apart from the doors, the teaser photos show next to nothing, and the frontend silhouette could easily be mistaken for a Tesla Model X. Nevertheless, the Delaware-based car company is not building the new car on a foundation of nostalgia. Instead, the DeLorean EV will be the first of a full lineup of electric vehicles. Styling of the car is being done by Italdesign, the same firm that designed the original DMC-12. Moreover, the people behind the DeLorean EV have backgrounds working for Tesla and Karma. This summer, we will find out if the reboot of the DeLorean name is a blockbuster or a box office flop.

In other automotive news, check out the Mercedes-Benz Edition 55 AMG G63.