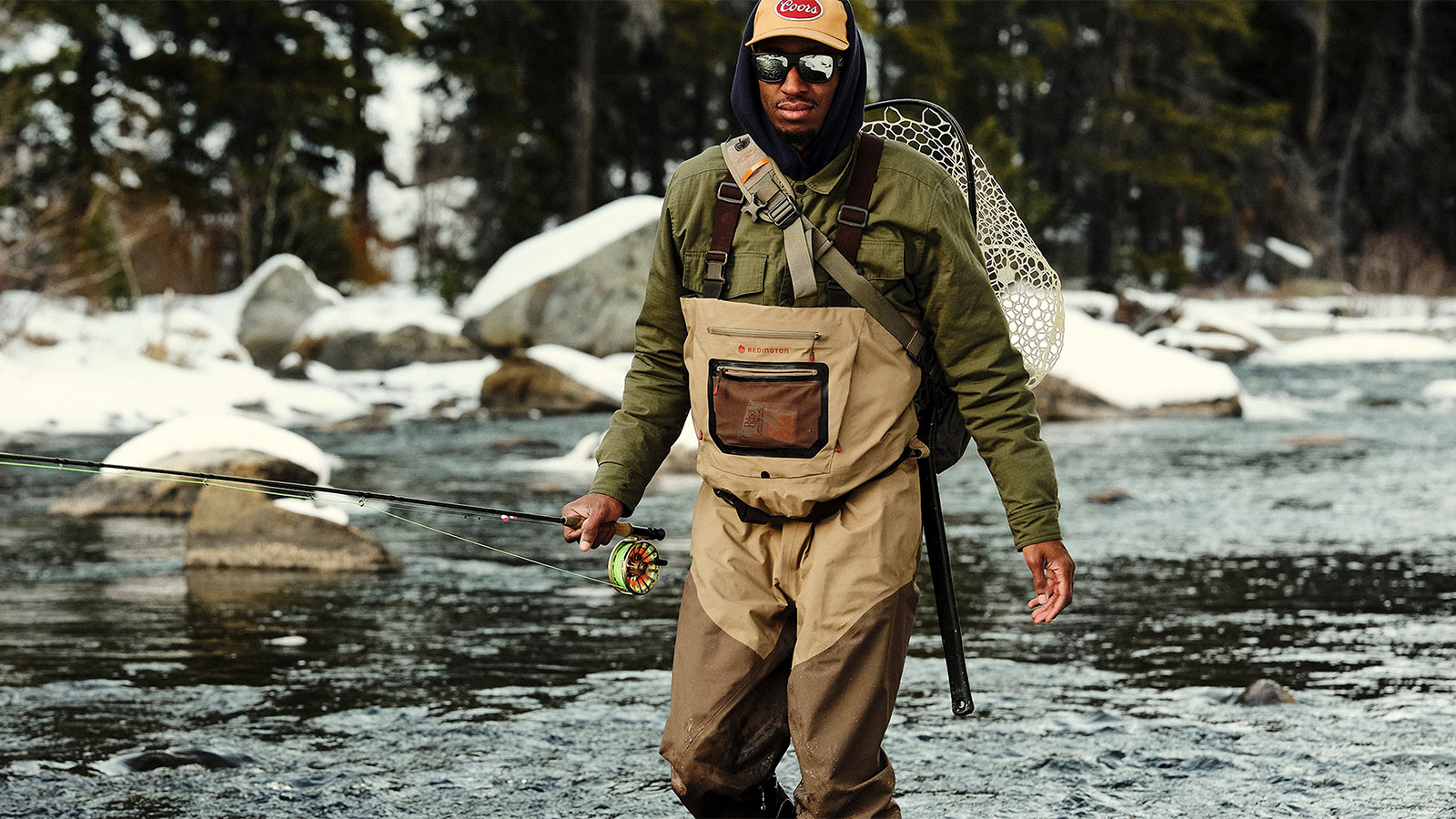 Earlier this year, we covered the launch of a three-part series created by the adventure/lifestyle brand Huckberry and the iconic brewing company dubbed the Coors x Huckberry Golden Hour Series which pairs exclusive gear with profiles of inspirational people doing good work for the outdoors community. The Coors x Huckberry Golden Hour Series Part 2 drops a slew of fresh goods—boots, caps, coolers, toolboxes, even a pair of socks—while putting the spotlight on Eeland Stribling, a wildlife biologist, fly fisher, and (wait for it) standup comedian based in Denver.

Stribling gets vital charges of energy not only from quality time spent out on the river chasing trout but also from getting on stage and cracking jokes to a live audience. Turns out there are plenty of parallels between the activities: namely, as Stribling says, not being afraid to suck at something for awhile. Passionate about conservation and outdoor recreation, he also serves as an ambassador for the community-based organization called Brown Folks Fishing, which helps support and inspire BIPOC (Black, Indigenous, and People of Color) anglers. “I want to show that fishing can be normalized in any community who wants to fish,” Stribling says in the Golden Hour profile. That worthy work gets a boost from the Coors x Huckberry Golden Hour Series Part 2 release, with 10 percent of the proceeds from the gear going toward Brown Folks Fishing.

For those who love the outdoors, check out the IMBOLDN Brand Guide: Patagonia.