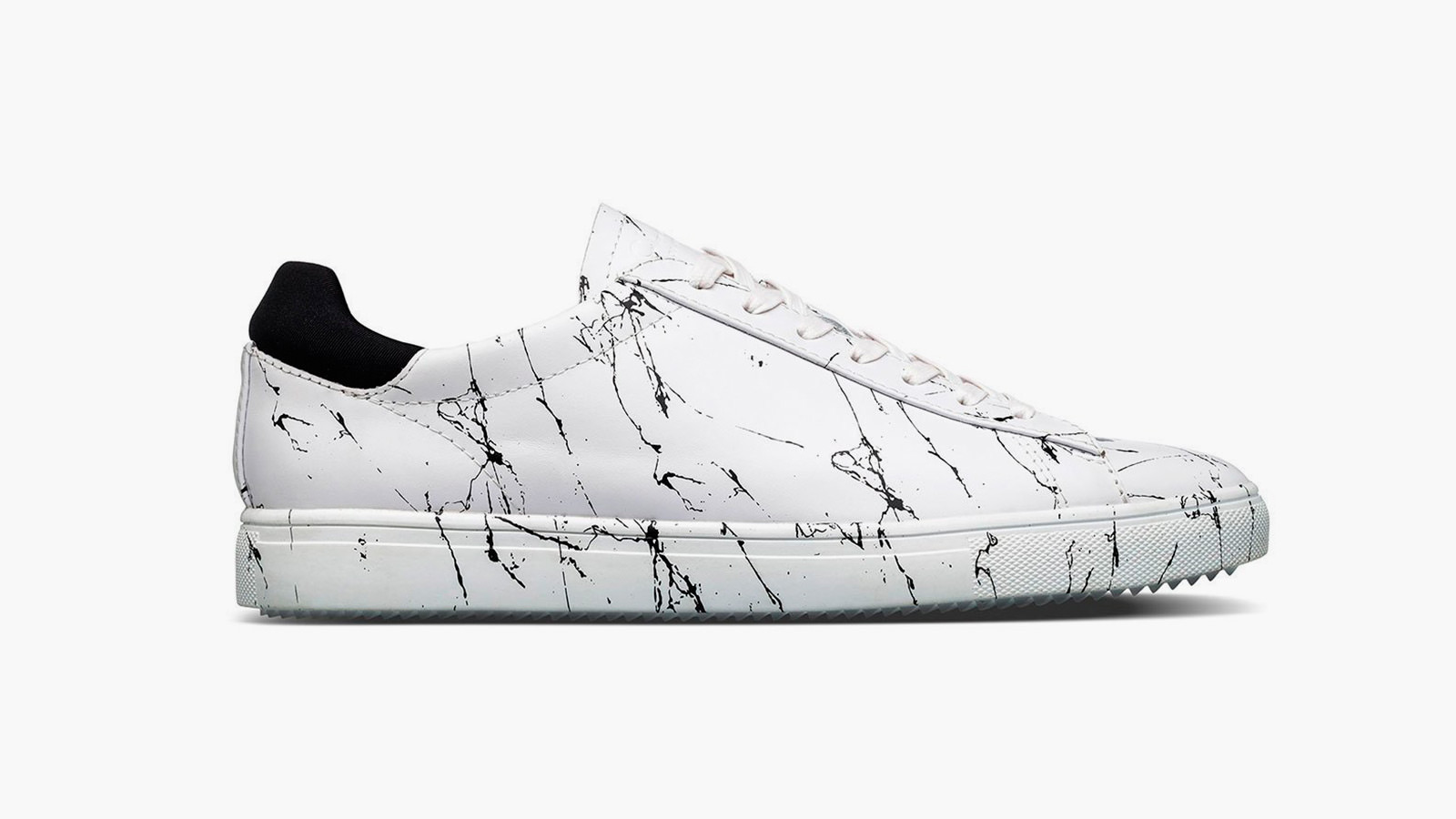 Describing itself as “uniquely LA,” CLAE concentrates on making stylish footwear for active living with designs that manage to pack an exceptional amount of comfort in a super-slim silhouette. A custom surfboard company under the direction of Paul Lefèvre, Son of Cobra reaches far beyond Los Angeles for influence and inspiration, drawing upon Lefèvre’s extensive training with renowned shapers in Australia, Brazil, and France, as well as California.

With the CLAE x Son of Cobra Limited Edition Collection, these two companies have met on common ground to release two exclusive sneakers and two Retro Fish surfboards that are simultaneously classically contoured and strikingly original. All four items in the collection sport Lefèvre’s signature marble pattern. The Bradley shoe features the pattern in black on white, while the Gregory shoe opts for white on black. Each Retro Fish surfboard is similarly a striking negative image of the other.