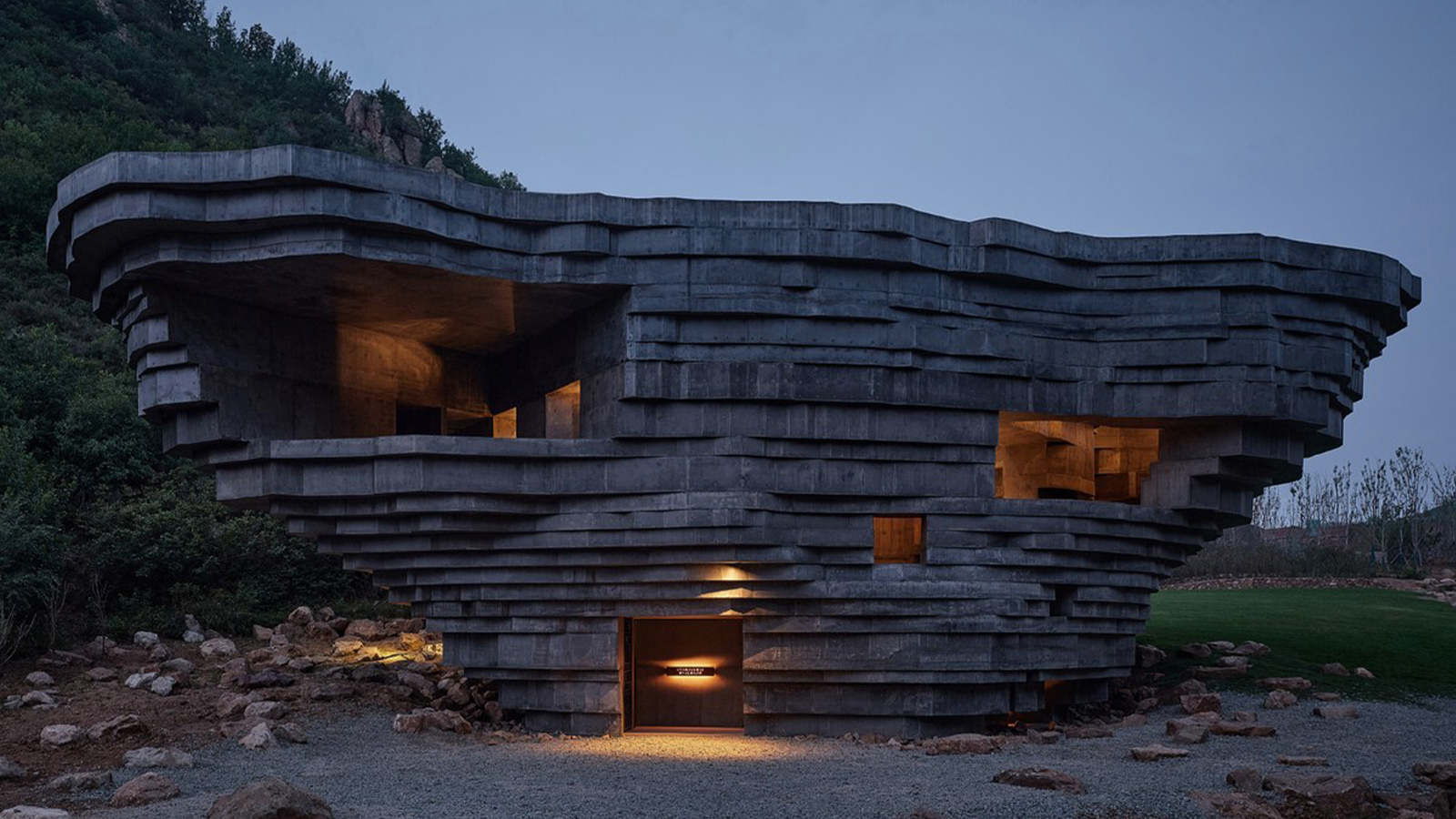 Chapel of Sound, located in Hebei Province, a two-hour trip from the center of Beijing, was conceived and constructed by Li Hu and Wenjing Huang, lead architects with OPEN Architecture. While the exterior of the structure looks like a giant boulder nestled in the valley, it is actually a concert hall that will officially open in the Spring of 2022. The 8,500 square foot Chapel of Sound consists of a semi-enclosed auditorium, an outdoor stage, and two terraces on the upper two levels, one of which looks to the valley in the south, with the other oriented to the mountain view to the east.

From the outset of the project, the architects sought to create a space shaped by sound, for sound. “We drew inspiration from all kinds of sound instruments,” says Li Hu, “be they natural like the human inner ear, or man-made, such as a violin or cello.” Inspired by the sedimentary rock that is prevalent in the area, Li and Huang designed the building’s exterior as a cantilevered structure with stacked layers of poured-in-place concrete. “We didn’t want to simply imitate a rock,” say the architects. “We wanted something that blends in with the environment and yet is undeniably assertive and human. Concrete was a natural choice for its resilience in harsh outdoor conditions.” But they felt that typical concrete would look “too bright,” so they used an aggregate of crushed local rock to further connect the chapel to the site.

To access the Chapel of Sound, visitors ascend a winding staircase in a dimly lit, crevice-like gap that runs between the inner and outer walls in order to reach the cave-like performance hall, the outdoor stage, and the viewing terraces. Originally, the architects had envisioned a roofless amphitheater, but for practical reasons, they eventually settled on a flat roof with a large, cloud-shaped opening that brings a dramatic shaft of light into the auditorium. The hall is proportioned in such a way that it works for an audience of many or just one—should a visitor arrive alone to enjoy the sounds of nature when no music is being played. Similar consideration went into the design of the outdoor stage, with its slanted walls that reflect sound onto a lawn that can seat up to 5,000 people.